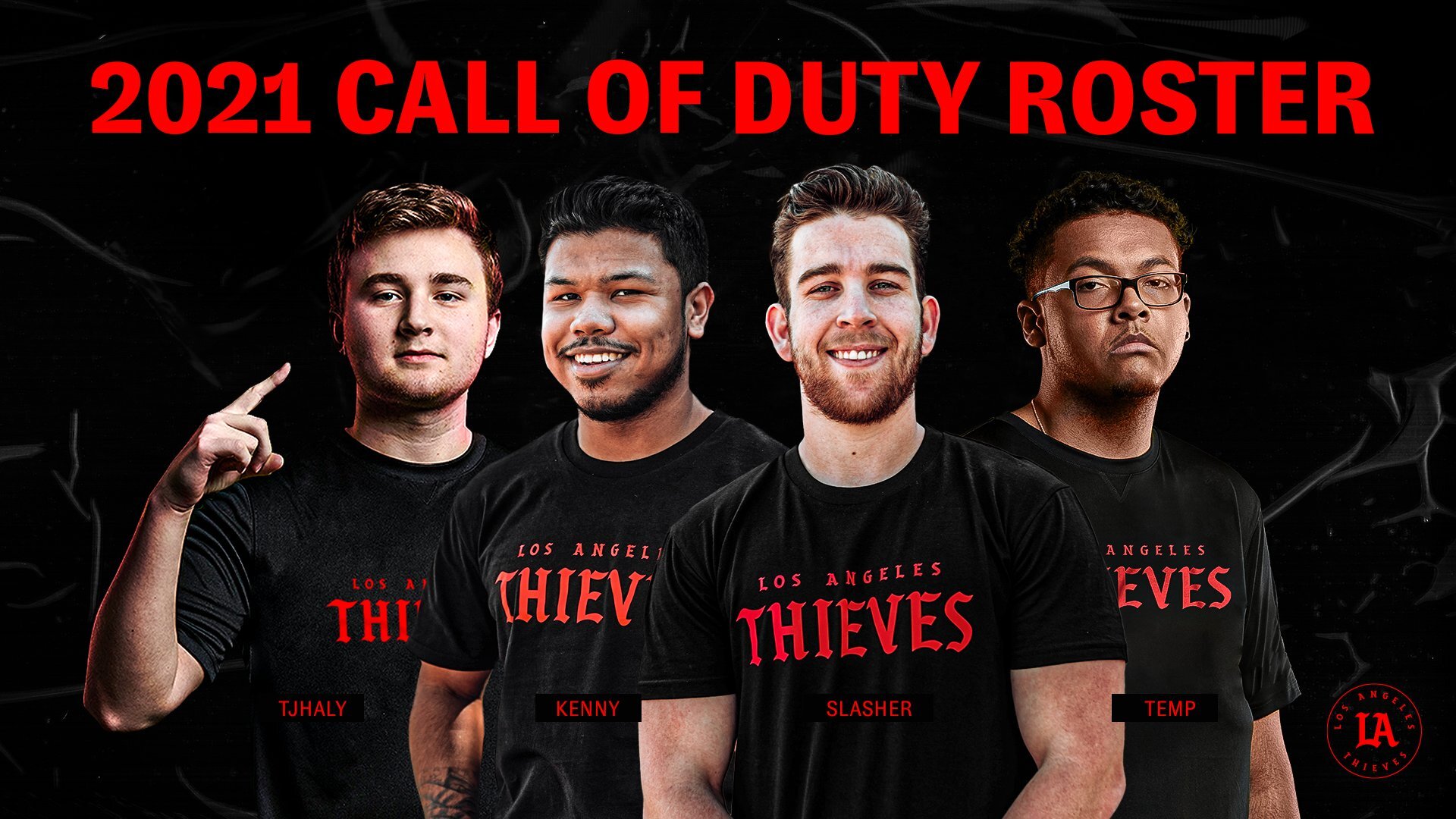 The LA Thieves’ starting roster for the 2021 Call of Duty League season has been confirmed with Temp completing the line-up.

After much speculation, LA Thieves officially joined the CDL at the start of November. Being a fan favourite, the 100 Thieves organisation have been warmly welcomed back into the scene.

Since the announcement there have been multiple rumours circulating regarding their potential roster.

It has now been officially announced and it consists of TJHaly, Kenny, Slasher and Temp. CoD veteran JKap also joins the squad as a coach with Muddawg returning as a general manager.

We take a look at the roster in more detail and see what this newly-formed team can bring to the table this season.

TJHaly is a young star who has a lot of experience in the scene for his age. He found the most success under Rise Nation during the World War 2 season where he took first place at four majors.

Coming off a sub-par season with OpTic Gaming last year, TJ will look to show his talents once again with this brand-new roster. He has proven that he has what it takes to win on the big stage and will be a valuable asset to the LA Thieves this season.

Kenny began his competitive career in 2015 but made his mark with Team Kailber in 2017. He was part of the 100 Thieves organisation in Black Ops 4 and his return is no surprise.

The 21-year-old played alongside TJHaly under OpTic Gaming last year and the pair will undoubtedly cause trouble for the other CDL teams. Kenny will be one to watch in the 2021 season.

Slasher is the veteran of the team who will no doubt be calling the shots this season. He is widely-known as one of the best AR players in the world and is a great addition to any team.

Slasher also played under 100 Thieves in Black Ops 4 where he showed unbelievable dominance all season long. His gameplay speaks for itself and he is a pivotal member of this new squad.

Temp is the final addition to the squad and arguably the most exciting. He hasn’t found much success during his career but he has performed on every team he has been on.

The Subliners performed poorly last year and Temp will surely be looking to redeem himself on this impressive new team. It will be interesting to see how he fits in and how the team get on this year.

What do you think of the new roster?