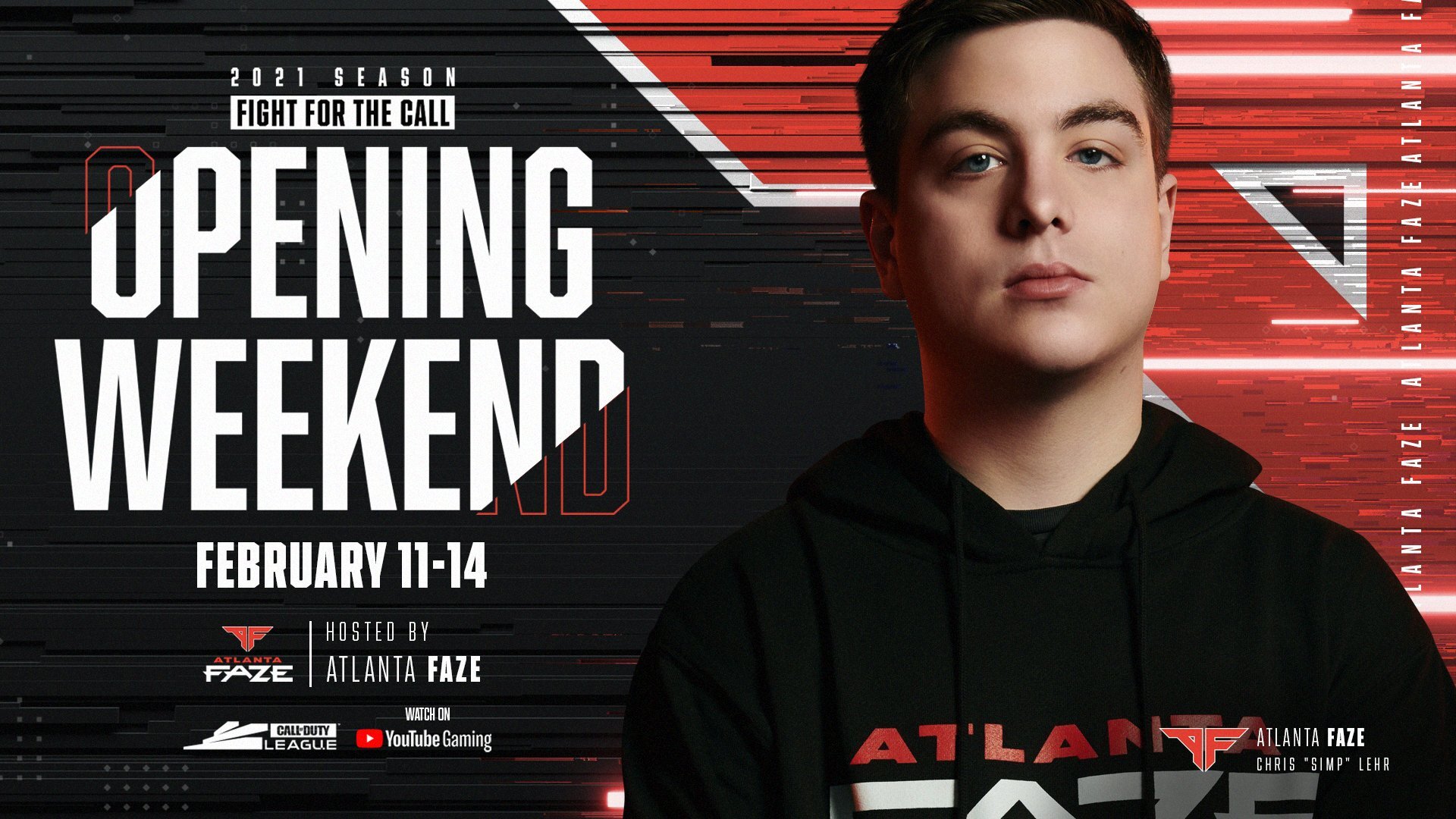 The Call of Duty League is back with a bang as esports giants Atlanta FaZe and OpTic Chicago collide at the Opening Weekend.

The inaugural season of the Call of Duty League saw a shift to online gameplay and Dallas Empire crowned champions.

This year will continue in an online format for the foreseeable future meaning fans will have to wait that bit longer to attend live events.

All 12 teams took part in showcase matches at the Kickoff Classic last month where we saw a glimpse of how teams are performing ahead of the 2021 season.

Now we look forward to the Opening Weekend hosted by Atlanta FaZe which kicks off on February 11.

There are some exciting match-ups across the weekend but the one that has everyone talking is the final series of the weekend – Atlanta FaZe vs OpTic Chicago.

A new rivalry – Atlanta vs Chicago

OpTic and FaZe are among the organisations that come to mind when talking about competitive Call of Duty.

Both have deep roots in Call of Duty and a subtle rivalry between the two has formed through the years.

With Atlanta FaZe and OpTic Chicago looking like the teams to beat this season, this rivalry has the potential to intensify as the year progresses.

The young FaZe squad of Simp, aBeZy, Cellium and Arcitys is a dangerous team on paper.

However, they suffered an unexpected 3-2 defeat to the Mutineers at the Kickoff Classic.

Although this was only a showcase match, there were still thousands of fans watching the live broadcast and Atlanta’s performance was below par.

The T2P duo, Scump and Formal, are looking better than ever in pre-season scrims. The pair also stole the show at the Kickoff Classic where OpTic took down LA Thieves 3-0.

Formal suffered from internet issues last season as he was based in California. However, this year he moved to Texas with the rest of his team and looks like a whole new beast.

Heading into the Opening Weekend, it would seem OpTic have the slight upper hand over FaZe.

Who do you think will win the main event this weekend? Will T2P takeover? Or will Simp steal the show?