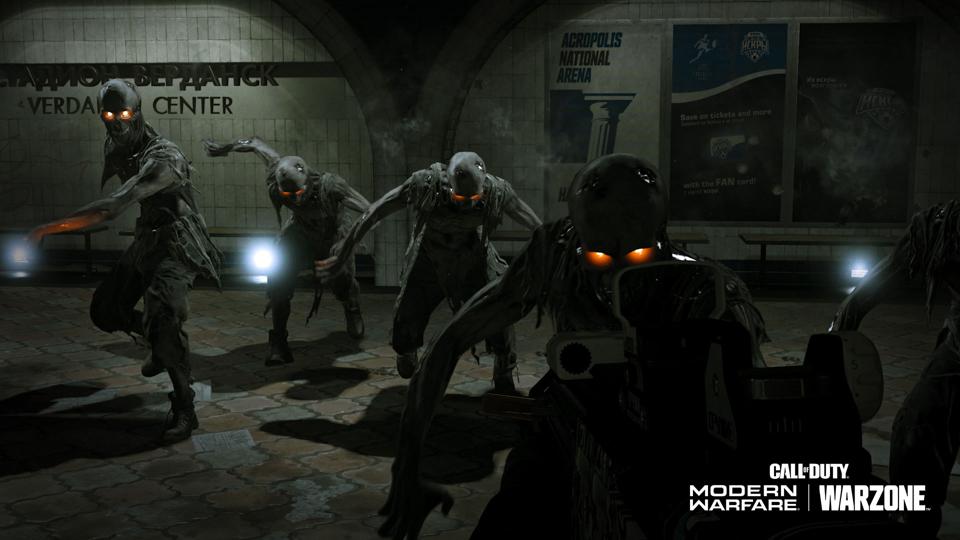 Call of Duty released the Haunting of Verdansk update on October 20 in one of their biggest events to date.

The new update includes brand new limited time modes and a bunch of spooky features that have provided us with some great moments since the release.

From Night Mode to Zombie Royale, the Halloween themed update has proven to be a hit so far. The attention to detail in not only the game modes but the aesthetics across Verdansk is one of the many reasons why this update has been so well-received by the CoD community.

Streamers and pro players alike have been engrossed in Warzone since the update.

Let’s take a look at some of the top moments so far in the Haunting of Verdansk:

Courage and Tim fall victim to the jumpscares

Players received the fright of their lives after discovering the spooky jump scares hidden inside boxes.

Streamers, Courage and timthetatman, found out the hard way as they both got one hell of a shock after opening what they thought were regular loot boxes.

The jump scares produce pure comedy gold and have caught out nearly everyone since the update.

As there are so many hilarious reactions, here is another one from ex-pro player Sharp who was merely attempting to get himself some more loot.

The new Zombie Royale LTM has been a fan favourite so far and is extremely fun to play.

Players can fight against and alongside zombies in this hectic game mode where the last squad with a surviving Operator wins.

Many pro players and content creators have expressed their love for this new game mode. Infinity Ward seem to have smashed it with the new update and have received hardly any criticisms.

A clip from HusKerrs stream shows just how powerful these zombies are and why players are having so much fun in the new update.

We can only hope for more updates like this in the future after the release of Cold War.

Are you a fan of the new update?