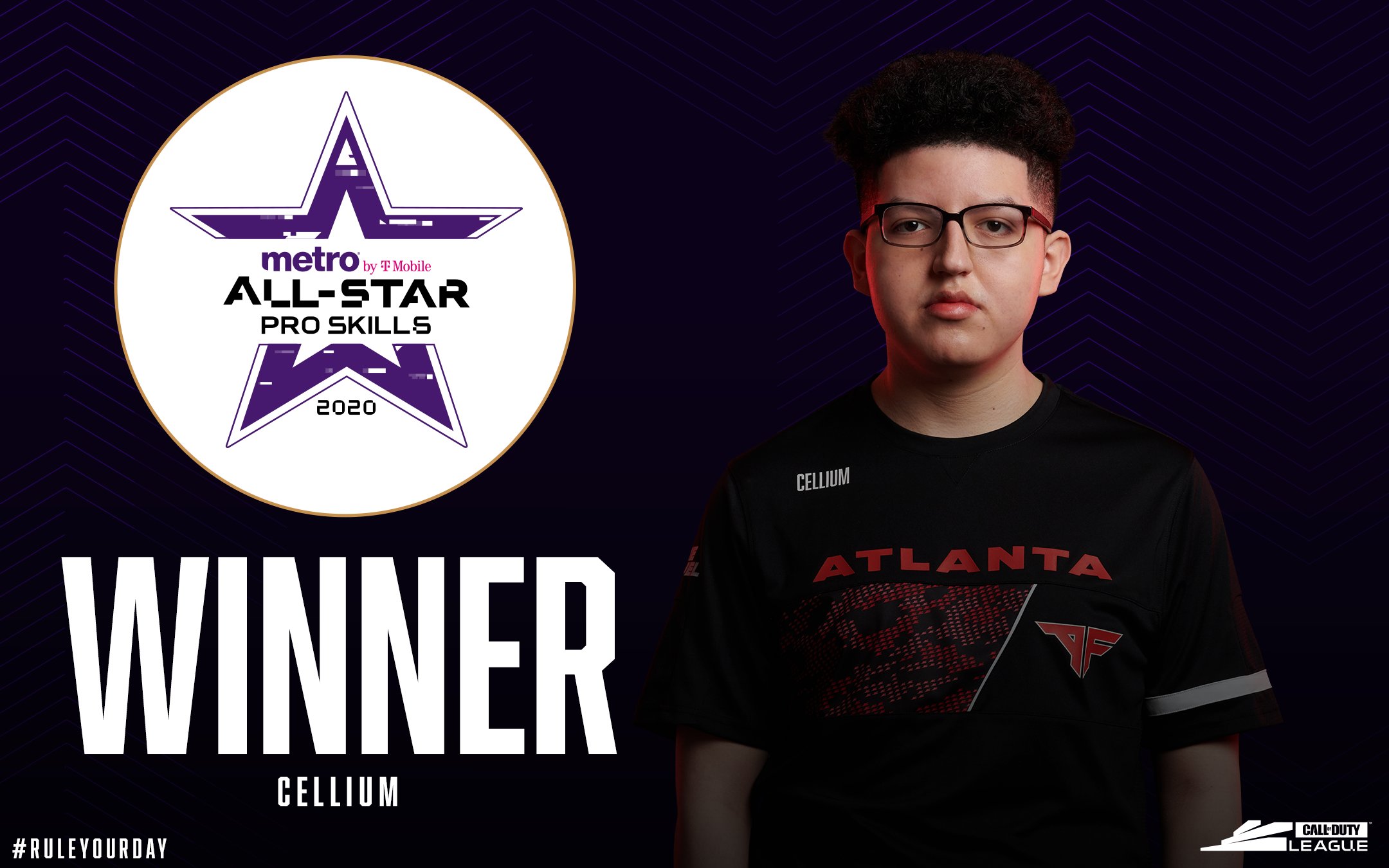 The conclusion of the All-Star Pro Skills tournament marked the end of the 2020 CDL season and the beginning of a new chapter.

Fans voted for 32 players across all 12 CDL teams to compete in a 1v1 tournament. All games were played on the Gunfight game mode on Call of Duty: Modern Warfare.

Each match was a best of three series played in a single elimination format. A whopping $100,000 was up for grabs in the two day tournament and it was all streamed live on the Call of Duty League YouTube channel.

However, it was young-gun McArthur “Cellium” Jovel who took the crown representing Atlanta FaZe.

The grand final was a Champs rematch between FaZe and Dallas with Cellium facing James “Clayster” Eubanks. Cellium swept the series 2-0 and earned himself $15,000.

September 14 marks the beginning of the second Call of Duty League season. Many exciting changes for the new season have already been made.

Activision recently announced the revert to a 4v4 format which caused widespread upset in the community. This change has led to many players and even entire teams being dropped from their franchises in the biggest rostermania to date.

Now, Activision have revealed even more changes to be put in place this year. An announcement on the CDL website stated: ” Today, the League is announcing it will move pro team competition to PC + Controller beginning with the 2021 season.

“This means that all pro matches will be played on PC and all pro players must use a League-approved controller of their choice.”

This change to PC and controller was an expected change that had been rumoured for some time. Alongside this, CDL Challengers competitors will be able to play cross-platform on online Challengers events. All LAN events, however, will be played on PC.

The CDL have stated that more information regarding changes to the league will be revealed in the coming weeks.

Are you surprised by these changes?