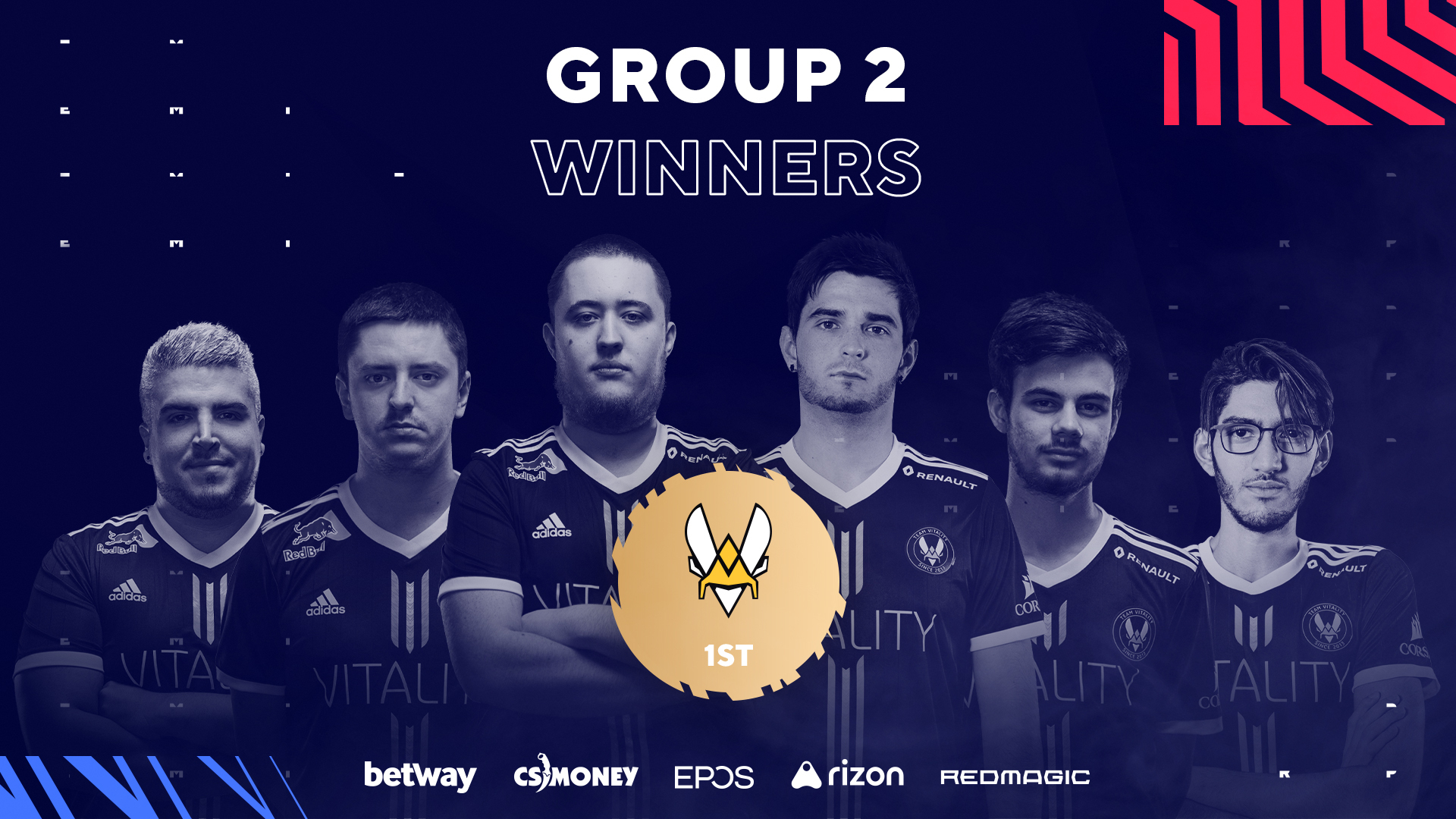 Vitality is the champion of the BLAST Premier Fall 2020 Group B, and they pulled off the victory in an impressive showing. The French organisation unleashed their six-man roster on the CS:GO world for the first time, and it was indeed a sight to behold. Let’s see what happened through the Group.

Vitality is one of those teams that have been consistently good near enough all year long. Unlike many top teams, Vitality hasn’t faltered in the online era, and they consistently put up good showings in almost every tournament. However, the roster seems to choke on the final hurdle, as they have been to four finals and failed to lift a trophy in 2020.

With the context set, Vitality entered their BLAST Premier Fall Group B with a fresh start. The team brought its six-man roster forward, and it got better and better as the event went on. On the other hand, Complexity had their new player, Justin “jks” Savage begin playing for the team after recently departing from 100T. So the series was definitely a warm-up for both sides. The French started off against the juggernaut, Complexity. The series went the full distance, wit Nuke going 16-14 to Vitality. Nabil “Nivera” Benrlitom then got his debut match on Dust ii, but unfortunately, Complexity had a great map and won it 16-12. The final map had the new player head to the bench, and that was the recipe for Vitality claiming another 16-14 win on Vertigo.

Moving on, they faced BIG in the Upper Bracket of Group B. BIG found their way to this after facing off against FaZe Clan in the other opening round of Group B. FaZe just lost their best player, but the roster put up a good fight forcing them into overtime in the first map, and taking the second map. However, BIG ended up winning it. But the same could not be said about their series vs Vitality as they lost 2-0. Int eh first map both Mathieu “ZywOo” Herbaut and Richard “shox” Papillion combined to have 36 kills in the first half of Dust II. Vitality took Dust II 16-10, with Overpass a 16-11 win.

Once again, Vitality met BIG in the Grand Final of the BLAST Premier Fall 2020 Group B. BIG came in a bit more prepared this time, but it wasn’t enough to stop the reformed French side from taking the Group win. Vitality once again showed off their favour for Dust II and won it 16-12. Vitality’s T side was nigh unstoppable, as the working combination of Nivera and ZywOo shared 25 kills opening and clearing the CT side.

Big did get their own back against Vitality on Nuke. 16-14 seems to be the default for Nuke in this Group B event, and that’s how BIG won against Vitality. BIG dominated the first half with a 12-3 showing, but somehow Vitality almost managed the same scoreline on the next half. It was only in the key moment of round 30 that BIG switched the narrative on its head and secured the third map.

Inferno made an appearance as the final map of the series. Vitality would once again earn a 16-12 to take the series 2-1 and win BLAST Premier Fall 2020 Group B. Once again, Vitality’s new pairing of ZywOo and Nivera popped off again, and that was the key to a successful 10-3 half, claiming the map at a 16-12 win.

Vitality has done nothing but impress throughout this Group B showing. The ability to mix and match to the team with strategies and setups in mind obviously proved crucial in Vitality’s aim to get wins on the board. With them and BIG in the final, they both Head to the BLAST Premier Fall Showdown Finals later in the year. We look forward to seeing how Vitality redefines the six-man roster.