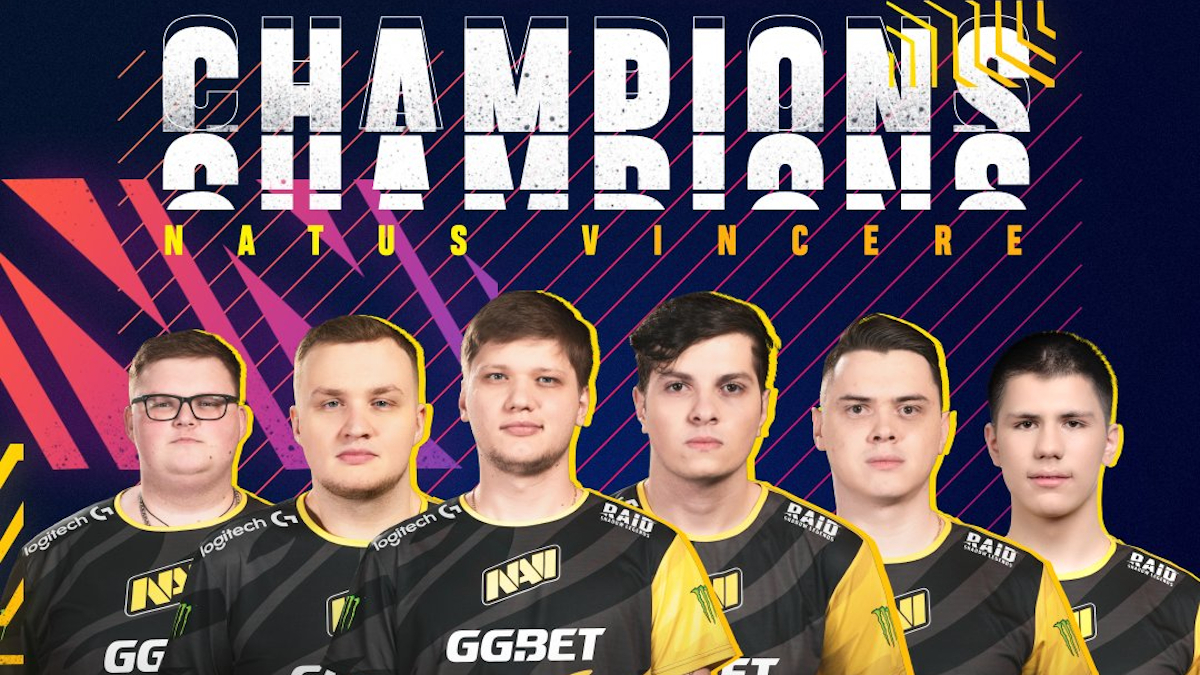 Natus Vincere has become the 2020 BLAST Premier Global Finals 2020 Champions after taking down Astralis in the Grand Final. Na’Vi has won its first tournament in a while, ending the 2020 event calendar and starting their 2021 with a bang.

Natus Vincere’s run to the Final

Everyone thought that Natus Vincere was going to pull a typical Na’Vi result in the online era. The team hasn’t been particularly great recently and that was the form they started the event with. In their opening series, they played against Team Liquid, and lost 0-2. From there, the CIS roster had to play in the Lower Bracket to survive.

But their journey to the Finals was remarkable. With nothing to lose and everything to gain, the roster pulled it back again and again.

The first Lower Bracket opponent was against Complexity, and that was a close call. The Complexity series started off on a back burner. Complexity won the first map on Mirage 19-17, continuing Na’Vi’s loss streak. With elimination point set, NaVi came back on Nuke to win 16-8 breathing life into the roster. Moving on Na’Vi won Inferno 16-11, surviving for another series.

A familiar foe was next in line as Na’Vi faced off against the newly refreshed G2 Esports. Even with G2 Esports star carry Nikola “NiKo” Kovač, Na’Vi still managed a 16-6 win on Train and 16-8 on Mirage. The momentum was in full swing for the CIS roster as Na’Vi was ramping up and starting to catch fire as the event went on.

After that, it was rematch time vs Team Liquid. It was clear Na’Vi was back in form when they faced Team Liquid again. This time, Na’Vi won the series 2-0, with the scores 16-13 for Inferno and 16-14 Nuke for the win.

After that, it was the 3rd and 4th place matchup between Natus Vincere and Team Vitality. This match was an absolute banger, with the series breaking the viewership record for an online CSGO event – excluding majors. Na’Vi and Vitality pulled in a 687k viewers peak. It was easy to see why; two best players in the world facing off against each other in what the community has described as a tough year to pick a world number one player.

As for the series itself, it was an incredible Lower Bracket Final. The first map went the full distance of a 19-17 Nuke, with Overpass heading to 16-12 for Vitality. The final map was Dust II, which is Vitality’s favoured map. but Na’Vi managed a 16-10 win. The Lower Bracket Final was a story of tremendous comeback, and the quality of their final LB opponent made it so much more special.

With the Lower Bracket wrapped, Natus Vincere found themselves against Astralis, a team that has finally returned to form and keep making Finals. It was another 2-0 battle for Na’Vi as they had hit their peak form at this point. Nuke was once again on the cards as the most popular map in the current era of CS:GO. Astralis pulled their usual trick of substituting in Lucas “Bubzkji” Andersen specifically for the map. Unfortunately for the Danes, Oleksandr “s1mple” Kostyliev and Egor “flamie” Vasilev were on point for the map, ending in a 16-12 victory for the CIS team.

The next map was Inferno, where the Danes never had a chance. Na’Vi destroyed Astralis making the number one team in the world look like an am-pro team. Na’Vi won 16-5, on a map where the design tends to create fairly even showings. Nonetheless, Na’Vi managed a 1.0 or more rating on four players, whereas everyone on bar one on Astralis earned less than a 0.9 rating. It was telling to how much everyone on Na’Vi was on fire. With that set, it became really easy for the BLAST Premier Global Final 2020 to award s1mple the MVP of the event.

With the event over, CS:GO is back in action. The CS:GO offseason is done and teams are back, with the next event being the DreamHack Open January event. Stay tuned to Dartfrog for all the latest news and analysis on CS:GO and follow us on our Twitter, Facebook, Instagram, and Twitch.  Image via BLAST.