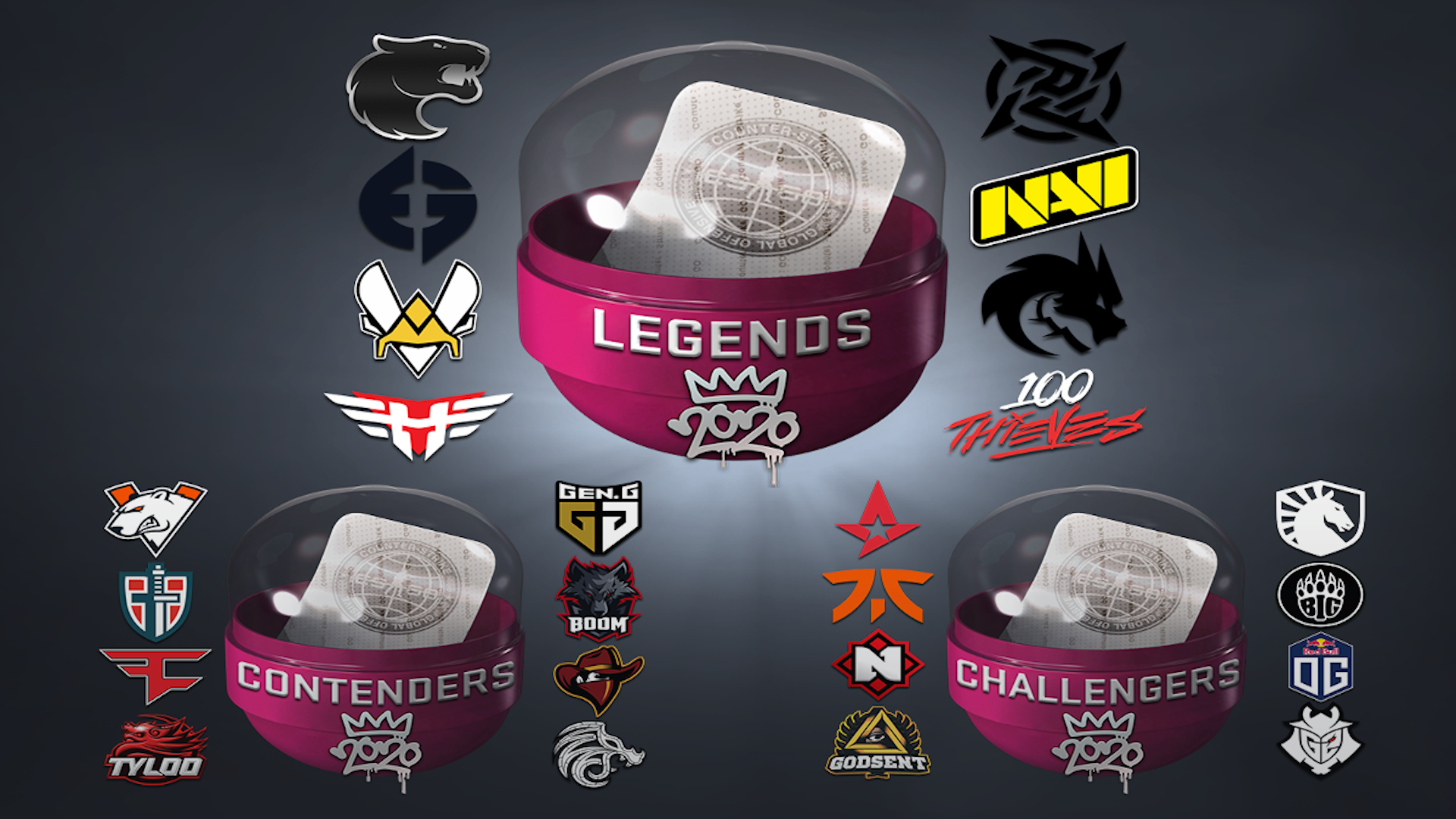 Valve has released the 2020 RMR capsules to celebrate the year-long effort for the Rio Major that never happened. Teams that were in the running for RMR points have got stickers to celebrate the online era, with aa slightly gloomy outlook for the RMR 2021 event.

The RMR 2020 Stickers are out, with fans able to get capsules in CS:GO, buying keys to unlock items as with any other case. The 2020 RMR Stickers are the latest esports connection to enter the market. The capsule features the usual major classification, broken into Legends, Challengers, and Contenders.

The Legends capsule features the teams that would have otherwise been invited to the Major as they were the top dogs of 2020 for the separated regions. The capsule contains stickers for:

The Contenders contain the teams that can be very well described as contenders. Teams making fresh climbs out of the t2 scene, or t1 teams getting their mojo back are in the capsule.

The final capsule is the RMR Challenger capsule. The capsule contains the big T1 brands we know and love and the best performing teams in 2020.

Alongside the 2020 RMR capsules, Valve announced the changes coming to the RMR 2021. The new changes see Valve’s dislike of coaches come to the forefront, with the 2020 RMR points getting reset to an extent.

The partial point reset is in effect as the new CS:GO season begins. Teams that made the most points in the 2020 RMR event have gained some form of Major Legend status. Teams in the Legends stage start the new season on 600 points, with the Challengers on 300 and Contenders on 100. The bonus points of the season are good as Valve will continue the RMR system for 2021. The recently announced PGL Major set for October-November 2021 will determine the 24 teams competing through the RMR system.

The 2021 RMR system will feature a few roster rule changes. The new RMR feature will allow teams to make substitutes for any player that is not already connected to another team, except for coaches. There is a slight punishment for subbing out players, but if a player is brought back in, then there is no penalty. It means that teams taking 6 player rosters can work heir strategies into different series, and still use emergency subs from free agents. However, it means that the coach can no longer play, and that isn’t the only thing affecting them.

Valve has decided that coaches can no longer be in the room, server, or play for teams in the RMR events. Valve has continuously restricted the power of coaches in live games for a while, and the recent scandals of 2020 has only positioned them further.

Coaches for esports teams in RMR event can no longer be on the server or speak to the team during an online match. This also applies to any other non-player staff in the organisation. Valve believes this will prevent any other major drama that can devalue any competitive integrity.

The story dates back to September when ESIC banned 37 coaches for spectator bug abuse. Coaches caught in the ESIC ban wave can now miss a number of Majors because of their actions, ranging from one major to a permanent ban on Majors.

Valve has a full list of information regarding the RMR 2021 event here.