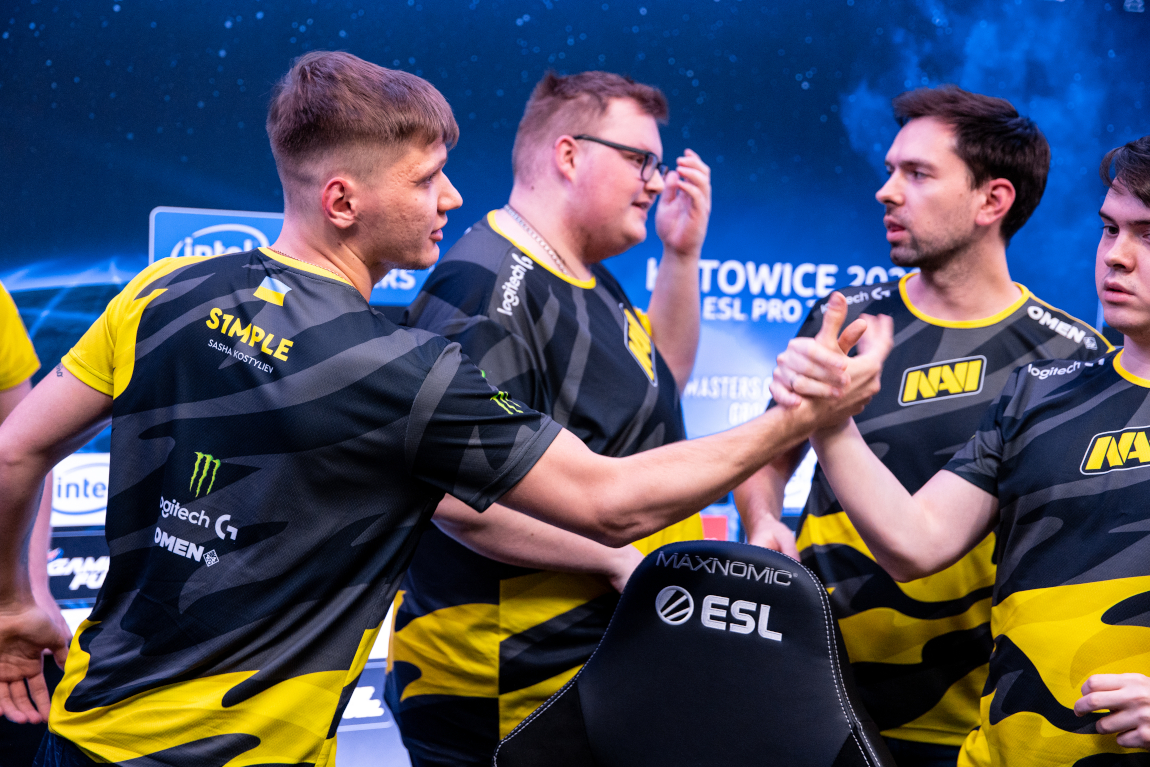 The IEM Katowice 2020 Group Stages is over and done with. Both Group A and B have their number one, two and three seeds confirmed. The result has come with the usual suspects making it through to the playoffs. However, plenty of big upsets along the way has big teams missing out this time. We will go through who made it out and into the Spodek.

Astralis ran away with Group A after we feared the player break had set them back once again. With their last place exit at the BLAST Premier, it seemed like the player break had got them once again. However, they really did take their time to and came back into this tournament strong. This is exactly what we wanted to see from Astralis. They finished first in their group, giving them their automatic bye into the semi-final.

Fnatic leaves the group in second place. They lost to Astralis in 0-2 defeat in the Group A final. Fnatic looked fairly good for their first tournament back in the year. They did look shaky against Na’Vi but it wasn’t anything too alarming. The only major issue is that they picked Overpass as their pick against Astralis. Astralis has dominated Cloud 9 and Vitality on that map, and it showed here once again. This is the only real negative to take away from Fnatic, – but that is more of a positive for Astralis.

Natus Vincere took the third seed of the group after a lower bracket scrap against FaZe Clan. This is Na’Vi’s 3rd event as a new roster and they seem to be a bit wobbly at the moment. The roster had really weak moments throughout the tournament, but then they had great moments. The team seems to be having some strong jitters, but taking FaZe down is a good scalp, especially after their rejuvenation in the BLAST Premier.

G2 Esports has really grown into their own since the BLAST Premier. They shockingly won their group series, and now they pulled it off at IEM Katowice once again. At this point are they an underdog? Taking down mousesports in the upper bracket semi-final and Team Liquid in the upper bracket final is no joke. It really is exciting to see this roster go international and reap the rewards of their test.

Team Liquid look a lot better in 2020. Their second place at BLAST Premier Group A and here is a sign they are consistent. Whilst they got upset by G2 Esports, the team looks decent as they only lost 16-11 and 16-10 to G2. The only issue with this Team Liquid is that they might be repeating their late 2018 Team Liquid, that is good, but they can’t get over that final hurdle. Only time will tell as the tournament progresses.

If G2 Esports finishing first is an upset, then 100 Thieves winning down mousesports in the lower bracket final is the all-father of upsets. mousesports at the moment is considered world number one in the ESL World rankings after their unstoppable last few months. 100 Thieves doesn’t seem particularly great at the moments, courtesy of their late 2019 slumping, and shortcomings in BLAST Premier. Yet, the Australian core came back from their series deficit against mouseports and won 2-1. They took Dust II 16-8 and Nuke 16-14. It really is impressive they have shown the world once again they can not be counted out.

The IEM Katowice Playoffs will begin tomorrow. Unfortunately, the Corona Virus has caused IEM Katowice to be played behind closed doors and will not be open to the public. More news on this can be found at ESL’s official post.

With that news out of the way, the playoff matches will go as follows:

Natus Vincere vs Team Liquid. The winner will then face Astralis in the semifinal.

Fnatic vs 100 Thieves. The winner will face G2 esports in the semifinal.