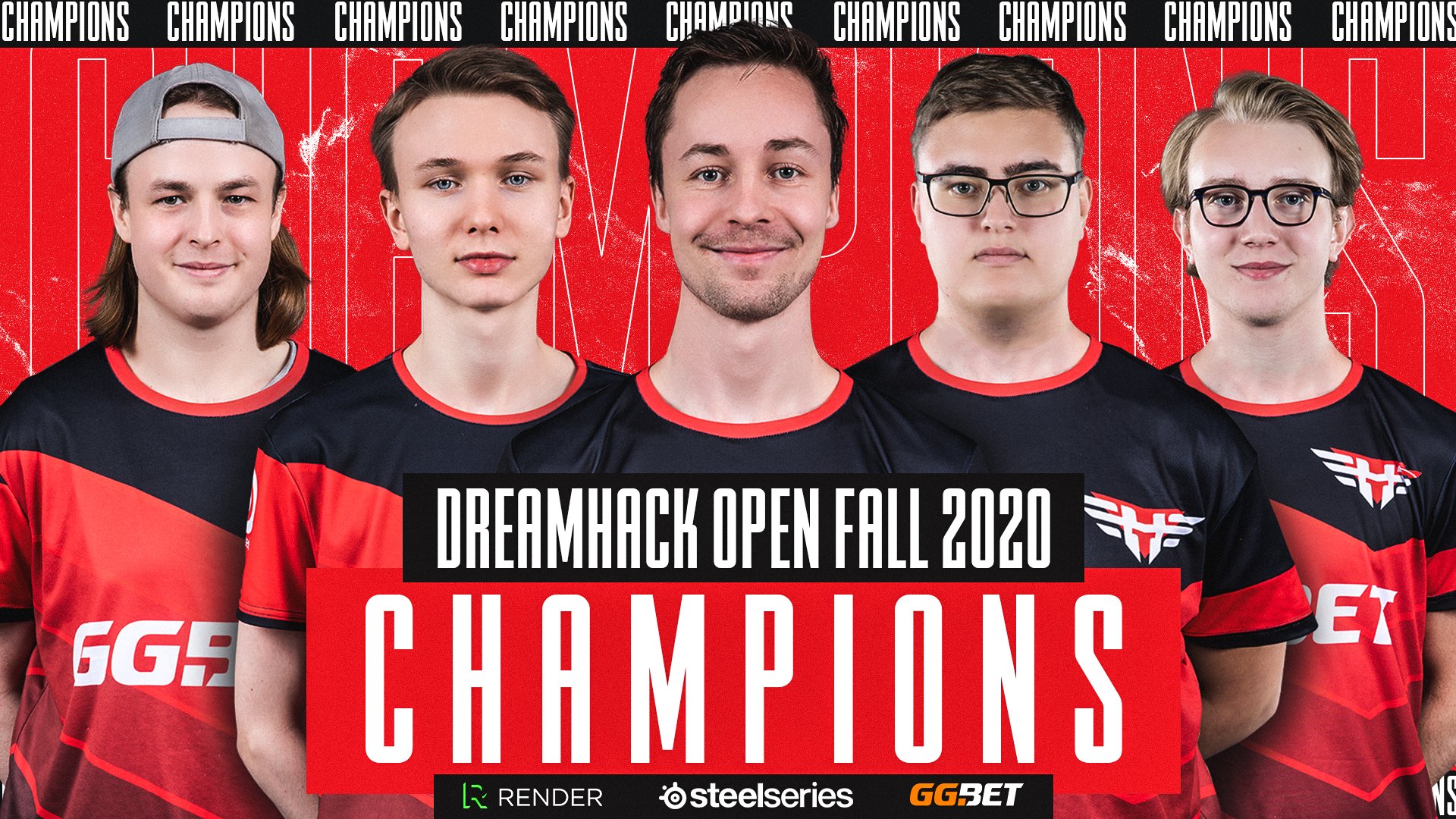 Heroic continue their rise to the top of European CS:GO as the Danish roster took down Vitality in a full best-of-five series to win DreamHack Open Fall 2020. This is the second time that Heroic has taken down Vitality in a Grand Final, as they did so at ESL One Cologne. With the victory, Heroic earn themselves $33,000 USD and a trip to the IEM Global Challenge in December. Let’s take a look at how they won DreamHack Open Fall 2020 and all the big storylines to come out of the event.

The Road to the Championship

Heroic had no right to win the tournament the way they started. The side started off the event poorly, leaving the group with a 1-2 scoreline, only beating out Endpoint to survive the Group Stage, with G2 and Astralis coming out ahead above them.

With that Group Stage result, they began their journey through the Lower Bracket playoffs where they would be forged through the flames of war.

Although the Danes picked themselves up there and really began elevating their game. With the weaker teams eliminated, they were onto the big guns of BIG. Big and Heroic are no strangers to each other, with both teams rising up the World rankings in 2020. The series was a banger as expected, with the result going 2-1 to Heroic. Vertigo was won 16-5, with Big returning to stomp in a 16-8 Mirage win. The decider followed the stomping ground of a 16-5 victory for Heroic.

The following series was a sign of the improvement the team made as they took down NiP and then Astralis. Both series had close maps, losses and big wins. But these themes were not enough to stop Heroic. Both series went 2-1 to Heroic, which is a sign of that Heroic’s run has been one of continuous improvement with their backs against the wall. Not to mention that different player’s coming in clutch at the right time.

With the victory against Astralis in the final round of the Lower Bracket, they took on Vitality, who had a perfect run through the event. Despite a perfect run through DreamHack Open Fall 2020, Heroic managed to clinch the series 3-2. The thing about this series is that both teams put in the work to claim the trophy, however, fatigue seems to have got to Vitality since their game slipped at the very end.

Vitality started off the series with an overpass victory. Vitality earned the win after beating Heroic 19-17. The disappointing part of about this is that vitality was 14-7 at one point. But clutches from all members on the Heroic side was key to cementing overtime comebacks.

Nuke too was an overtime battle, with both teams battling with intense plays and set pieces. The battle came to an end when Heroic won yet another 22-20 on Nuke, proving they can keep it cool on one of CS:GO’s hottest maps.

Things started cooling off come the third map, as Heroic managed to claim a win on Inferno 16-11. With the fatigue and clear map wins moving in, Vitality responded with a 16-10 Vertigo win of their own. However, it seemed like the fatigue had finally got to the teams. After an intense series, Vitality appeared to capitulate, as Heroic won the final map of Mirage 16-7 and took home the trophy.

Through DreamHack Open Fall 2020, we have seen strong narratives play out. One of the biggest storylines is this is Vitality’s fourth Grand Final, yet they have failed to pick up a trophy. The roster is now heading into its six-man roster transition. Perhaps this is exactly what the roster needs to get a trophy. The French side has everything it needs to win, yet it isn’t picking the vital wins when it matters. Hopefully, the side gets their act together, otherwise, it will be awkward cliff note for one of the best teams in the world.

One the other hand, Astralis and Heroic are becoming the hottest rivalry in CS:GO. Both teams are trading series wins, and the results are pretty close with each team taking a series off each other every event. Both teams went 1-1 this event, which is a sign of how competitive both teams are. Also, Casper “cadiaN” Møller is achieving a 1.3 rating against teams in the top 5. It is a sign that the Danish scene is improving and Astralis has some serious competition ahead of itself as the Danish scene grows stronger.