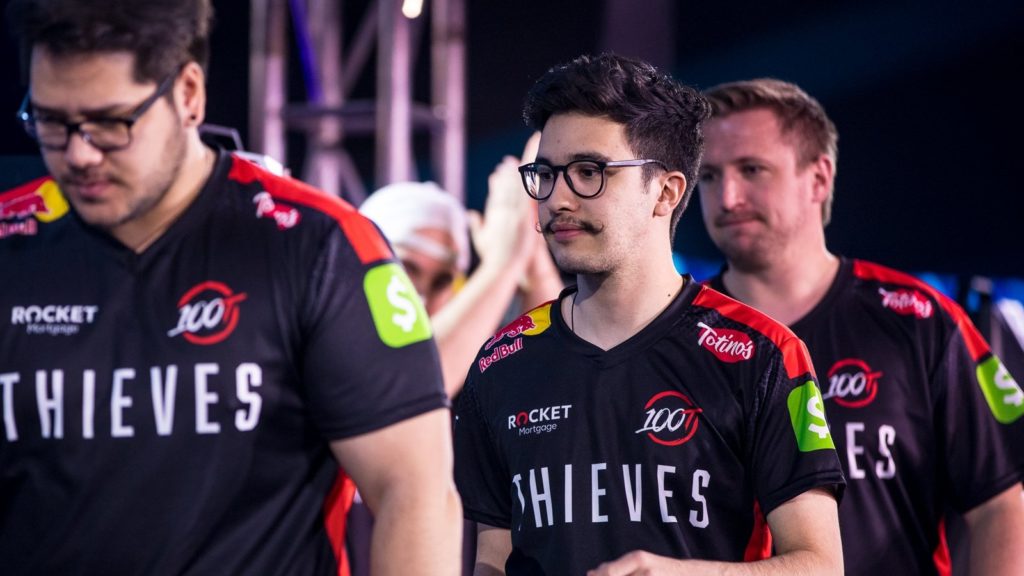 After a rough year of competing, 100 Thieves have decided to pull out of CS:GO due to the “ambiguity, vagueness and uncertainty” in the scene.

The organisation, founded by former CoD pro Matthew “Nadeshot” Haag, entered competitive CS:GO in 2017 but it was only a brief stay.

They then acquired the Renegades roster in 2019 as they burst back onto the scene. Since the COVID-19 pandemic hit, the roster saw a downturn in performance and results began to worsen.

100 Thieves’ roster remained outside the top 10 ranking since May 2020 and it never seemed to look up for the Aussies.

Rumours began to crop up regarding the organisation’s departure after star player Justin “jks” Savage was linked with a move to Complexity.

Nadeshot later confirmed the rumours in a social media post where he outlined all the reasons for their CS:GO exit.

In the heartfelt announcement, Nadeshot said: “What’s happening right now in CS:GO is that everything is transitioning over to Europe. We talked to our players about what solutions we could find because they’ve been competing their butts off.

“They’ve done the best job that they could to bring the results that we strive for. Unfortunately, we have fallen short quite a bit.”

Nadeshot emphasised the organisation’s efforts to keep all teams and players based in their Los Angeles headquarters. Due to the majority of CS:GO events moving to Europe, this placed a big obstacle in the way of their vision and goals.

He then added: “Even if we wanted to make roster changes, there were still hurdles in our way. Right now, with the qualifications and the points system for Majors, any roster movement that we would have made could have jeopardised our position or our opportunity to even compete at a Major. And that was a gigantic roadblock.”

The 100 Thieves organisation has made clear that they put their players first. With many CS:GO players moving to Europe, it was only right for the roster to be dropped to allow the players to further their own careers.

Nadeshot did touch on the possibility of a return to CS:GO in the future. However, at this moment in time it is not the right move financially and from a competitive standpoint.

What are your thoughts on this news?