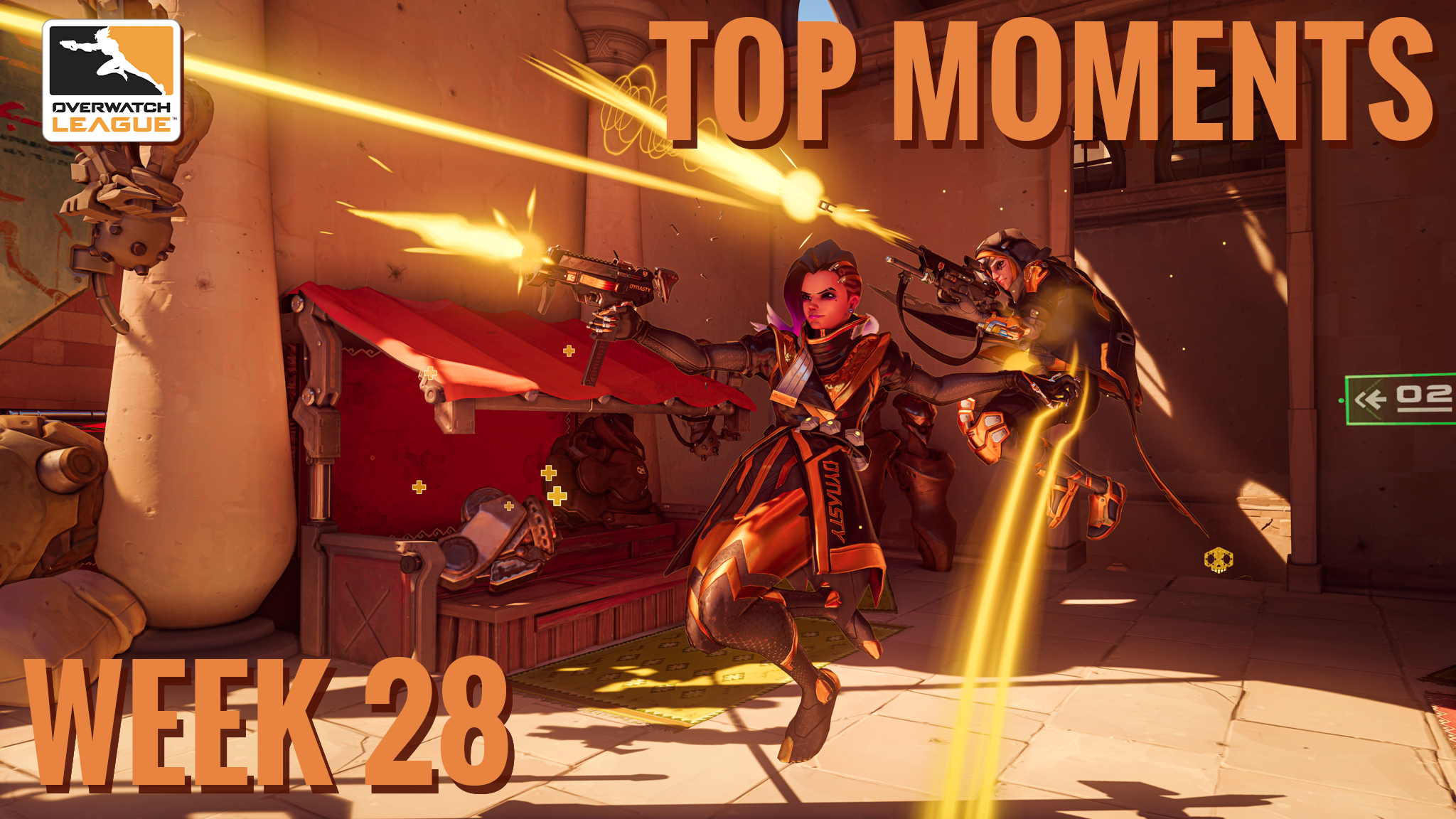 The Overwatch League is only a week away from playoffs, and Week 28 upset a lot of power rankings. The Philadelphia Fusion fired back at the Shock, Seoul finally has begun to turn it around, and the Gladiators are on their last leg for Playoffs. These are the top moments from Week 28, and what to expect going into the last week of the normal season.

A Goose on the Loose

The Gladiators went into week 28 facing off against two low ranked teams. They began on Friday and faced the Dallas Fuel in what was a quick and clean series.  Ji-hyeok “birdring” Kim shined, putting down  Dong-ha “Doha” Kim and making his life hell. As exciting as the series was, it was the Gladiators’ second match on Saturday against the Boston Uprising that put them over the top. In a sneaky Eichenwalde bamboozle,  Min-seok “OGE” Son and  Benjamin “BigG00se” Isohanni teamed up for a four-man boop off the edge of the castle. The Boston Uprising finally stabilized and began their push onto Point A of Eichenwalde, opting to take the left-hand corridor. BigG00se had other plans, and with the Halt from OGE, he was able to send four members for a swim. The clean sweeps boosted the Gladiators’ overall standing and have put them in a do or die scenario.

The L.A. Valiant sat on the edge of eligibility for the Playoffs, and their match against the Florida Mayhem was jaw-dropping. Up two maps, the Florida Mayhem were having a heyday, and  Jun-ki “Yaki” Kim spent most of Busan and Numbani uncontested. After the half, something switched in the Valiant, and the deadly duo of  Kai “KSP” Collins and  Kyle “KSF” Frandanisa popped off, securing map after map. KSP plays Ashe at an exceptional level and uses her dynamite to weaken the enemy, only enabled by  Jae-ho “RaiN” Park and  Jung-won “Lastro” Mun. Lastro is a top tier Ana player, sleeping B.O.Bs, Primal Rage Winstons, and Nano-Blades with ease. An anti-nade paired with dynamite is devastating and opens the door for Winston to jump in and clean up.

Seoul Turning It Around

The Seoul Dynasty has had a rough time at the end of this season, with many fans, including myself, becoming accustomed to disappointment. This weekend, however, the Dynasty was able to win three back to back reverse sweeps against the bottom two teams in the APAC Division. Twice the Dynasty were able to clean sweep the London Spitfire, once on Friday, and once on Sunday.  Dong-eon “FITS” Kim is legendary with the Widowmaker, but what truly has made the Seoul squad unstoppable, is Fits and  Joon-yeong “Profit” Park’s ability to play most heroes at the highest level. The two interchanged between Sombra and Ashe flawlessly. On some maps, Profit would choose Mei, Pharah, or Echo to complement Fits.

I have hope for the Seoul Dynasty, as do many other fans. Going into week 29, they will be facing the Hangzhou Spark and the London Spitfire once again. Considering that the upcoming weekend matches are taking place with the same hero pool, Seoul is expected to win over London once again. If the Dynasty wants to be taken seriously and have a chance in the Playoffs, they need to defeat the Hangzhou Spark.

In the Countdown Cup, both the Philadelphia Fusion and the San Francisco Shock made it to the finals. After a close 4-2 win over the Fusion, a few members of the Shock decided to flaunt their newfound victory. A week later, the Shock was sent home 3-0 by the Fusion in a massive upset. The Shock came out and performed to the best of their abilities it seemed. The Fusion just played better. After another Championship title was ripped from their hands, the Philadelphia squad came back with a vengeance. The team is on a bye-week, and in this time, they’d be wise to analyze the Shock’s upcoming matches.

Week 29 of the Overwatch League will be tense, bated breath, the last chance for teams to raise their ranking. Week 28 showed that some teams, like the Seoul Dynasty, have a fighting chance. It also showed that teams like the Shock can fall as easily as they rose.