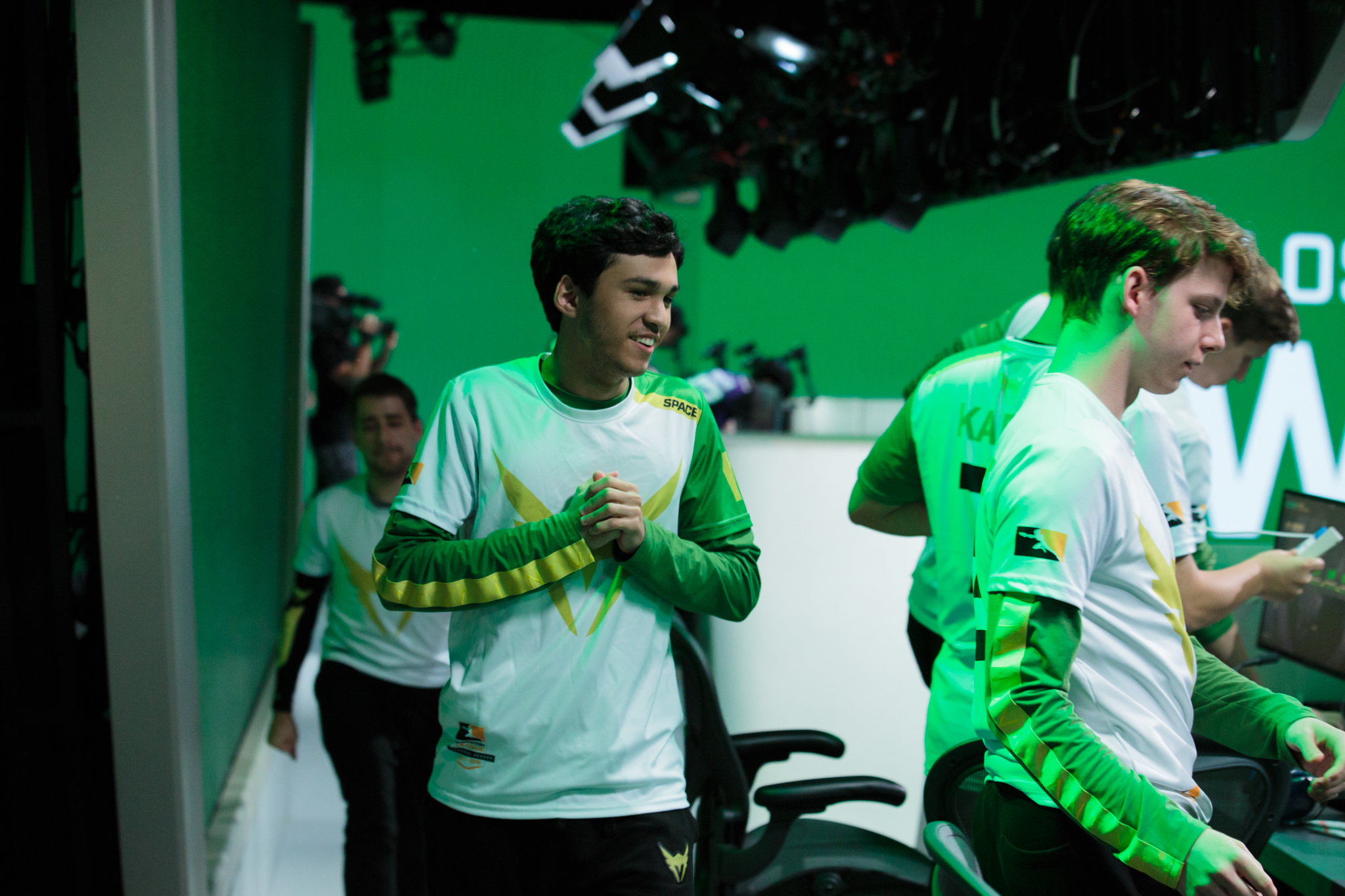 Week nine of the Overwatch League was a booming success and one of the best weekends we’ve had so far. Torbjorn returned to the meta and brought along few juicy hammer kills and sneaky turret spots. Many of the matches descended into chaos during the team fights, keeping the audience at the edge of their seats waiting to see who would rise victorious.

This opening match was chaos, with each team working to figure out just how they were going to implement everyone’s favourite engineer. The Toronto Defiant wanted to play a head to head, brawler style, while the Washington Justice worked to keep their distance and utilize the Torbjorn turret as much as possible. The Justice ended up being sucked into the undertow of the Toronto Defiant, and the turret was their primary tool at dealing damage and weakening shields going into fights.

This match was not as one-sided as the score makes it appear. Dong-ha “Doha” Kim and Gui-un “Decay” Jang put in heavy work this series, forcing OGE to play cautiously. The L.A. Gladiators did not have an easy time against the Fuel, forced to work for their wins, something not many expected. Dallas was ranked the lowest team in the League by many, but this match proved they aren’t to be counted out.

The Shock needed this win to maintain face in the League. There have been questions about the Shock’s consistency after their series of losses. Seonchang “ANS” Lee was a new face that stepped up and fit into the team perfectly. While he mainly played Torbjorn, it was a skillful Torbjorn, with more than a few cheeky turret spots. Molten Core was a powerful tool to zone off the Valiant and force them to play at a disadvantage.

This series was dominated by Lucio boops galore. The Shanghai opted for an aggressive stance Saturday, pushing the Spark to their limits. The few mistakes that the Spark made were pounced on by the Dragons, giving them the edge, and the wins. The consistent composition that we saw in this series was Reaper, Sombra, Reinhardt, Zarya, Lucio, and Moira, who played like GOATS, poking at the enemy defence.

Chen “ATing” Shao-Hua got picked off early during maps one and two, but no one could have predicted the nail-biting chaos that came out of this match. The back and forth between Chengdu and the Charge was intense, each map coming down to the last seconds in overtime to decide who would claim victory. The Guangzhou Charge’s tank line slipped towards the end, with Seung-pyo “Rio” Oh unable to withstand the pressure of the Hunters.

The Houston Outlaws came out swinging, showing promise against the Paris squad. Austin “Muma” Wilmot and Dante “Danteh” Cruz worked together to bring value from their ultimates pairing up Earth Shatter with either an EMP or Death Blossom from Danteh. The Paris Eternal had to dump nearly every ultimate in their bank to make headway against the Houston Outlaws during early maps. The Outlaws lost momentum halfway through the series and got rolled by the Eternal’s new aggressive attitude. Nicolas “NiCOgdh” Moret’s Doomfist proved to be more valuable than the Outlaw’s Sombra, seeding fear of what would occur if he gets in the backline.

The Philadelphia Fusion going up against the Washington Justice was chaos. The series was a showcase of the Fusion returning to dominant form and reclaiming their spot as a dominant team. Hee-Su “Heesu” Jeong made his debut and popped off showing why he deserves a spot on this roster. The Fusion forced the Washington Justice to use nearly every ultimate to gain progress on Map three but claimed victory in the end. The Fusion had no plans on losing and adapted the Torbjorn playstyle to find success at the end.

The Fuel made a Tracer work against the L.A. Valiant and Kyle “KSF” Frandanisa’s Torbjorn. Decay focused on the backline of the Valiant relying on Doha to put pressure on the frontline. The Valiant didn’t make too many mistakes but failed when they allowed Tracer to distract them from the objective. No one expected much from the Dallas Fuel coming into this weekend, and beating the Valiant shines hope on this roster.

This Chinese grudge match was a back and forth battle of mechanical skill and positioning. The Dragons and the Hunters are fairly even in terms of skill, pushing each other to the limits in each fight. The Dragons had to work overtime to manage the Hunters, but played efficiently thanks to Jun-woo “Void” Kang’s Zarya and Jae-won “LIP” Lee’s Sombra. Yi “JinMu” Hu produced better results on Pharah and Doomfist, pumping out more damage than the Shanghai Dragons knew what to do with.

The final series of the weekend was a mirror matchup between two extremely similar teams. Jun-Ki “Bazzi” Park got more utility on Sombra than the Charge’s Ou “Eileen” Yiliang, pulling off multi-man EMPs and shutting down pushes as they began. The Spark continuously baited the Charge into team fights only to disengage and force them to over-extend or pull back. Anyone who knows the Guangzhou Charge knows that they will go in for at least one kill before backing off. Sang-hyeon “SASIN” Song played a mean Zarya and was the deciding factor in many fights as to who would stay alive to drag the fight back into their favour and survive. After five long maps, the Hangzhou Spark came out on top thanks to smart play.