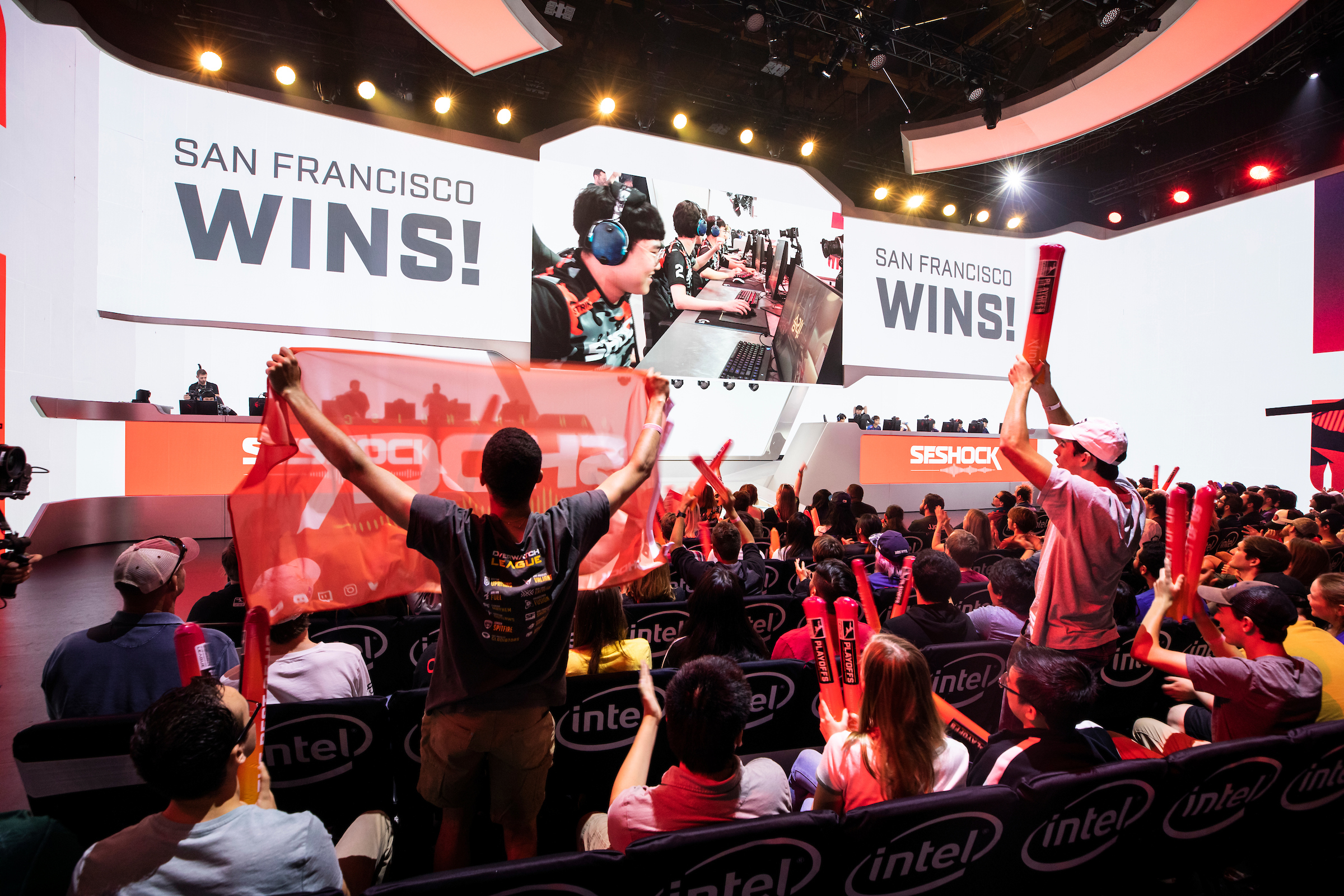 The Overwatch League’s May Melee tournament reached an explosive conclusion this weekend with North America and Asia declaring a winner.

In place of the mid-season tournament that the Overwatch League promised, fans received the May Melee. This tournament pitted the North American teams against each other, and the Asiatic teams competed in a bracket of their own. The tournament was a welcome break from the hero pools and region restrictions while showcasing the talent of each region. In the North American region, the San Francisco Shock took a convincing win, whereas the Shanghai Dragons barely clutched the Asia region after a jaw-dropping reverse sweep.

More of the Same in North America

The North American region kicked off its Semifinals with the Shock completing a decisive 3-0 win over the L.A. Valiant. The Valiant had an impressive run of the May Melee tournament, but no one expected them to take out the San Francisco Shock. The Philadelphia Fusion and the Florida Mayhem faced off and the Fusion couldn’t keep up. The Florida Mayhem maintained a rapid approach, coming at the Fusion from all angles at once. The Mayhem’s off-tank  Beom-jun “Gargoyle” Lee performed exceptionally well.

The finals came down to the San Francisco Shock versus the rejuvenated Florida Mayhem. As the final series went on, the maps got closer and team fights got longer. Nepal was a one-sided affair with the Shock coming out hot and taking map one. The maps alternated back and forth only for  Dong-jun “Rascal” Kim and the rest of the Shock to find their stride. The Shock may not have all of their previous members that made them a formidable foe. The new crew, however, came out swinging and showed that things haven’t changed.

The Asia region of the May Melee featured numerous late-night matches that were worth ruining a sleep schedule. The opening match was a nail-biting series between the Guangzhou Charge and the Seoul Dynasty. Seoul’s path this season has been littered with ups and downs, raising questions about their true skill. The Overwatch League’s May Melee was a showcase for the Dynasty to prove just how powerful they can be in the right circumstances. Guangzhou versus Seoul went a full five maps where the Dynasty barely clenched out a win. The second of the Semifinals was a disappointing display from the New York Excelsior. When matched up against the third seed, the Shanghai Dragons took an effortless 3-0 victory.

Heading into the finals, not many knew what to expect from the match. The Shanghai Dragons have had an impressive turn around this season. Throughout the weeks, they solidified themselves as one of the top teams in the League. The Seoul Dynasty, on the other hand, has shown their true potential but falters at moments when it matters most. After taking the lead on the Shanghai Dragons by three maps, the Seoul Dynasty proceeded to drop the remaining maps and lose the series. Staying up until 6 am to watch my favorite team take three straight maps only to lose it all was brutal. This is not a loss that the Seoul Dynasty should ever forget.

Overwatch League’s May Melee Comes to a Close

One of the more convoluted aspects of this tournament is how the results portray what we will see going into the rest of the season. Presumably, matches will resume online in June, but the top four teams of the Overwatch League are apparent. Topping the leaderboard is the San Francisco Shock, the former champions and destroyer of all teams. Next would be the Shanghai Dragons, a team that pulled themselves out of the lowest point in sports history. Not many expected the Shanghai Dragons

Following the Dragons would be the Florida Mayhem, one of the most improved rosters this season. Off-tank for the Florida Mayhem, Gargoyle was crucial in their success over the weekend by maintaining off-angles and opening up opportunities for his team to strike. The Seoul Dynasty is far from a bad team, but rather have issues staying consistent. The individual skill on the Seoul squad is unquestionable, it is simply a matter of whether or not they choose to coordinate.

The Overwatch League continues again the weekend of Jun 13 where teams will fall back into the regions predetermined after the switch to online play. Presumably, hero pools will continue on forcing players to adapt to the meta. After three weeks of regional play another regional tournament will begin, and this time we may see new leaders in the scoreboards.