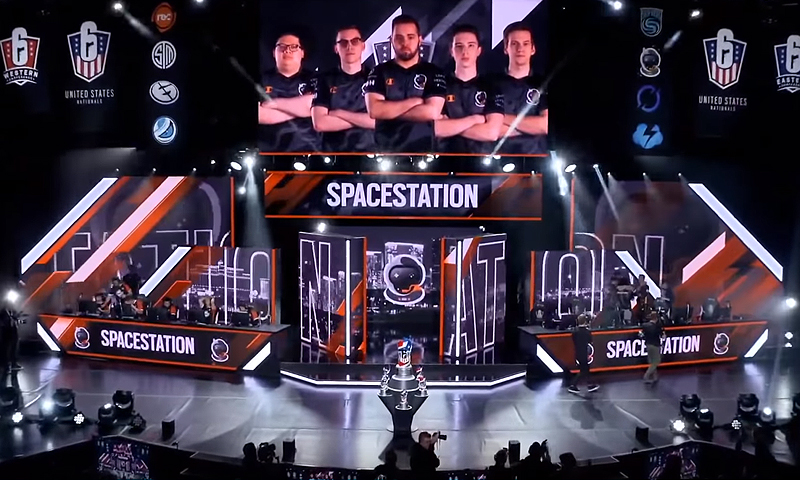 Spacestation Gaming has finally won a Rainbow Six tournament after a great two weeks of Siege LAN events. The NA roster took the USN 2019 LAN by storm over the weekend, with nigh unstoppable maps. They even managed to beat Team Reciprocity, one of North America’s most consistent teams as of recent. For SSG, this is a significant achievement that ultimately raises their stock. This is key as we get ever closer to the Six Invitational 2020, the most important tournament on the R6 calender.

Spacestation Gaming kicked off the USN 2019 finals against DarkZero. DarkZero had some serious calibre behind them, as the second-place team at Tokoname Japan. However, DarkZero’s last LAN was the 9th of November. Spacestation Gaming just came back from a strong LAN showing at OGA PIT 2019 in Croatia the over week. At the OGA PIT LAN, they finished second, after only losing out to Team Liquid in a competitive grand final. This momentum served SSG well, as they took Coastline 7-3, and kept their cool in an 8-7 victory on Villa.

Moving on, SSG’s next opponent was Soniqs, who SSG made quick work of. SSG utterly dominated the now relegated Pro League team, with a 7-3 Clubhouse victory. Soniqs did put up a better fight on the next map, but in the end it was SSG walking away with a 7-5 victory on Coastline. With that win, they were onto the finals to face Team Reciprocity.

Team Reciprocity and Spacestation Gaming met in the finals. The momentum for both teams had been solid, making it difficult to pick a winner. With Team Reciprocity’s online and offline achievements throughout the year, it seemed like they were the favourites. However, SSG were thirsty for their first trophy lift.

Spacestation Gaming rolled through the first two maps with ease. Clubhouse remained SSG’s best map by far this season, as they beat TR 7-2, which is astonishing given the calibre of their opposition. Continuing on, Consulate was a crazy map for SSG once again, winning 7-3.

With Team Reciprocty’s back against the wall, they showed some life in the then-to-be final map. Bank was a close map, with Team Reciprocity reaching overtime after SSG earned series point early into the map’s second half. However, Spacestation Gaming pulled themselves back into the game and took the map and the series. Congratulations on Spacestation Gaming becoming USN 2019 Champions or Team USA for that matter.

For Spacestation Gaming, this is a satisfactory end to their 2019 year. Since August, their home team invite earned them great stock as one of North America’s better LAN teams, as DarkZero, Rogue and EG faced group stage elimination. From there, it was Spacestation Gaming and TSM that advanced, only to be eliminated against top EU teams in the quarter finals.

In September, the roster made changes they never intended to make. This seemed to have worked early as the SSG squad gained some online momentum in the ESL Pro League, but nothing major. However, their practice over the last few months seems to have shaped them. Their performance at OGA Pit was steller, and their undefeated streak here will have a correlation to the OGA PIT run.

Next up for SSG is the North America Regional Qualifier for the Rainbow Six Invitational 2020. Qualifiers begin this week, and they are almost certainly a favourite given their December performance. The only question that remains is whether this lan success will translate to online play. Given Troy “Canadian” Jaroslawski’s comment after their win, their thirst for victory hasn’t been quenched just yet.