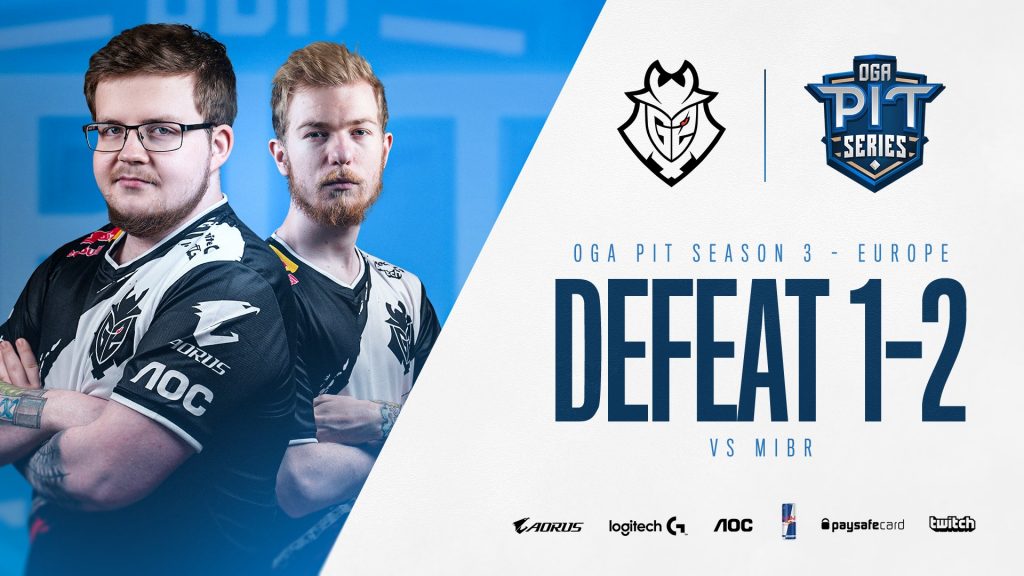 The OGA PIT Rainbow Six Minor kicked off today and the event is already off to an epic start. MIBR upset G2 Esports in a 2-1 victory in the second quarter-final of the day. The result is unprecedented and comes as a shock, especially given the context surrounding both teams. Let’s take a dive into what happened and what it means moving into the tournament.

G2 opened the series with a fantastic result. The first map unfolded on Villa, with G2 earning an amazing 5-1 attacking side. For those unaware, Villa is a heavily defensive favoured map, and so G2 looked like they entered the tournament with amazing preparation. However, their downfall came not too long after.

G2 Esports continued to look great as they kicked off Clubhouse on the defensive side. MIBR struggled to perform well on the attacking side, as both Thermite and Maverick were banned. This made G2 look unstoppable, especially as they denied the Hibana breach on the gym wall. G2 took off with another 5-1 lead.

However, G2 Esports couldn’t perform well on their attacking side. This is where MIBR gained momentum and made an even better defensive stand. G2 tried to run their Pengu Montagne attacking strategy, but MIBR’s hold was too much. They came back and won the map 7-5.

Moving on to Consulate, the game was incredibly close for the first half. The scoreline went to 3-3 before the side switch, which is typical for the map. After the switch, MIBR performed well on their defensive half, and then ran away with the game with a 7-4 victory.

The Meaning behind MIBR’s upset

This result is completely unexpected given the respective quality of the teams. G2 Esports had a lot more riding on a victory here than MIBR did. G2 Esports had Pascal “Cryn” Alouane join the team recently, with Daniel “Goga” Mazorra Romero exiting. In addition, this is the second to last opportunity for G2 to qualify for the Six Invitational 2020, where they can defend their reigning championship. Finally, G2 Esports last LAN event was at DreamHack Montreal, where they failed to escape their group.

On the other hand, MIBR is a squad that only just survived relegation in the ESL Pro League Season 10 LATAM relegation matches. They also had a terrible Six Major Raleigh, in comparison to G2’s second-place finish at the event. The sheer difference in expectations and recent results is a shocking upset. This explains why the MIBR upset is just so shocking.

With G2 failing here, it highlights a continuing decline for the roster as the world catches up to them. With another shocking exit from an international LAN event, the world must accept that G2 esports is on a steady decline. As it stands, G2 has no invite to the Six Invitational 2020, where they’re the reigning champions. If they fail at the European Regional Qualifier, then G2 will not attend the invitational, and that will send a message throughout the Rainbow Six world

This leaves the event wide open, as many pundits had G2 Esports to go far this event, and MIBR dropping out early. Who do you have to take the event given the MIBR upset? You can watch the OGA PIT event here.