KeSPA Cup playoff games delayed until 2am due to technical issues 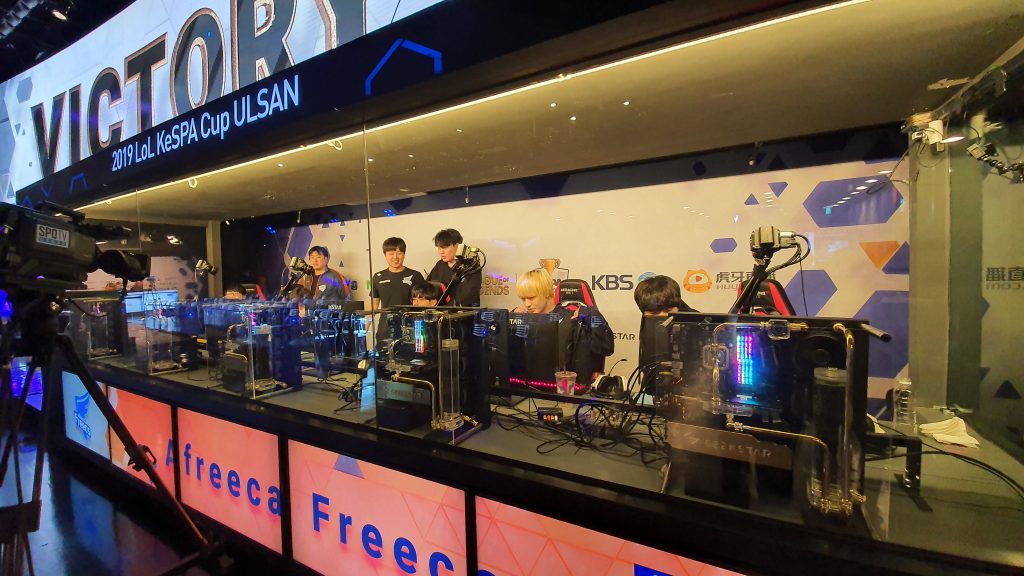 The KeSPA Cup has been one of the most popular events on the calendar for fans of Korean pro League of Legends since it’s launch in 2015. However, this year’s event has not been without it’s hiccups .

The annual tournament, hosted by the Korea e-Sports Association, pits the top Korean teams of the LCK against the teams of the CK, the Korean Challenger league. In total 20 squads battle it out for a share of 144,000,000 South Korean Won, and the Kespa Cup trophy.

The KeSPA Cup provides a much needed break in the lack of Korean League of Legends action between the end of Worlds, and the start of the new LCK season. However, this year it was questionable whether we’d even see a English broadcast of the mid-winter event, with KeSPA initially announcing they’d only be supplying a Korean stream.

Luckily, KeSPA eventually relented, and over the past week, we’ve seen some great head-to-head matchups between the CK and LCK teams. But as the second playoff match kicked off yesterday evening at 20:00pm KST, technical issues conspired to delay the action. Although the cause was initially unknown, eventually audio issues proved to be the culprit, with the match between Hanwha Life Esports and Afreeca Freecs ultimately being delayed for over three hours, before the studio audience was refunded and went home.

But the match wasn’t called off completely leading to an incredibly late day at the office for the teams, casters, and production staff.

Yes, the match didn’t start until 2am local time, with the series inevitably going to three games, and making sure no one was free to go until well into the witching hour. KeSPA later clarified the reason for not abandoning the game, explaining that both sides wanted to play.

Afreeca Freecs would ultimately take the win in an entertaining series overshadowed by it’s time-keeping issues. With two more games wrapping up today, the KeSPA Cup has continued unabated, and with no more major setbacks. The semi-finals start on Friday, January 3, while the finals finish up on Sunday, January 5.