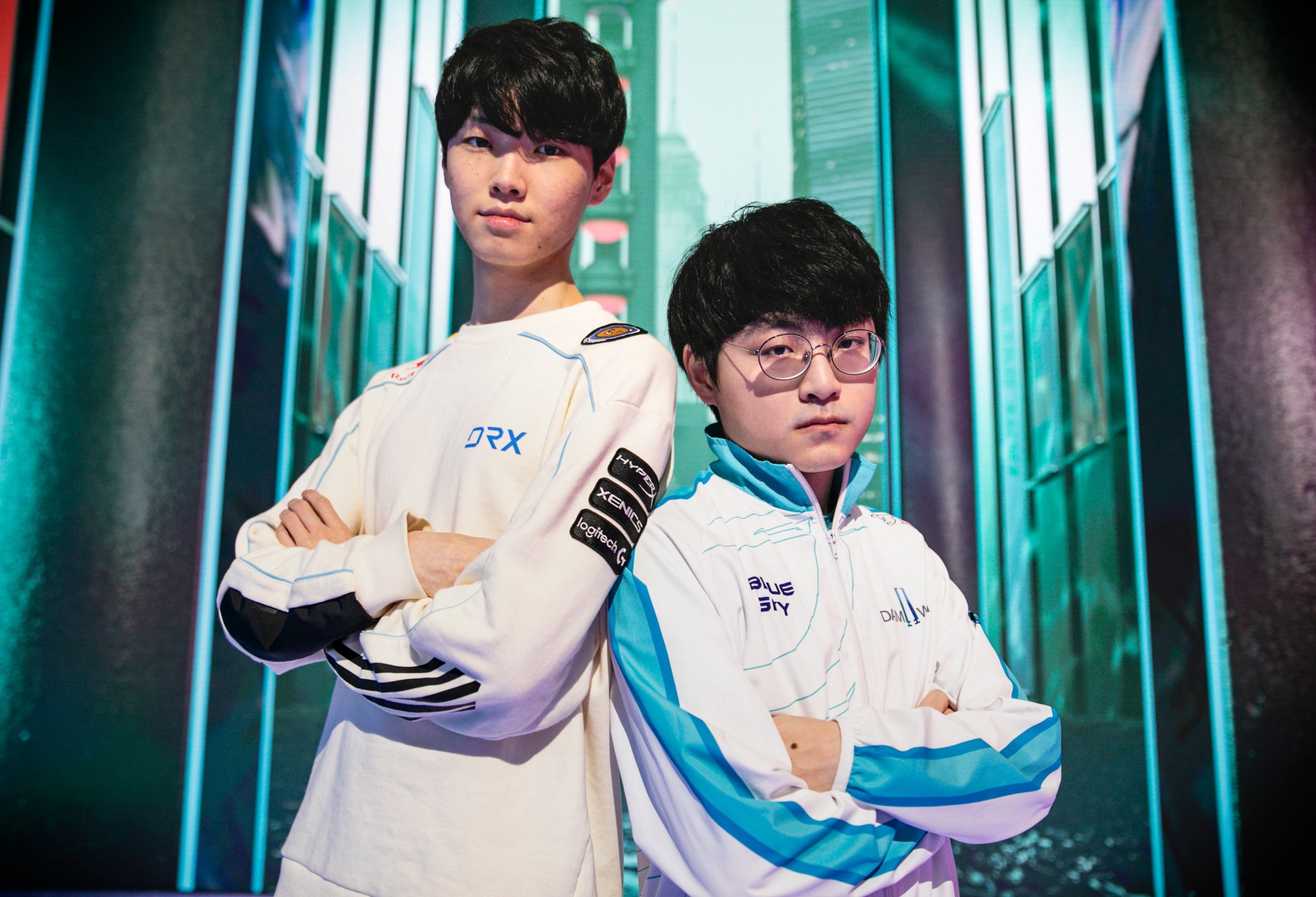 DRX has been eliminated from Worlds 2020 in the Quarter-finals after being defeated 3-0 by fellow LCK team Damwon Gaming. The loss whittles the number of Korean teams at Worlds to just 2, with only Damwon and Gen.G remaining.

The 3-0 defeat was a widely predicted result, with Damwon’s dominance of the group stage, and seasonal advantage over DRX weighing heavily on the minds of analysts. Nonetheless, DRX went into the game with a plan, attempting to neutralise the strong macro game of their opponents with individual skill.

In game one, DRX’s poke comp attempted to whittle down Damwon from range. With a Jayce/Orianna composition, the plan seemed to be to delete Damwon’s champions before they could engage. However, expecting mistakes from their opponent’s proved to be too ambitious for DRX, who found themselves 0-1 after the first matchup.

For their second draft, DRX allowed the Ornn to go over to Damwon’s Jang “Nuguri” Ha-gwon. Their plan was to counter with Jax, a strong fighting champion who could out brawl the Ornn. And then as the game started, it looked like DRX might have a chance. They took an early kill lead, out maneuvering their opponent’s Twisted Fate pick with their own Galio.

However, just as in the first game, the squad underestimated Damwon’s raw ability. DRX’s opponents then flipped a pair of team fights against them, coming out on top thanks to perfect execution. As a result, DRX were now down 0-2 and clinging to life.

With their Worlds survival on the line, DRX then broke out the unorthodox Vel’koz pick for Jeong “Chovy” Ji-hoon, facing off against Damwon’s Orianna pick. And in the early game DRX did well, with Chovy grabbing a strong lead versus his opponent. But are a series of bizarre misplays, Damwon found themselves in the lead again.

After more disastrous teamfights for DRX, Damwon took a dominant position on the map. They pushed down lanes and trapped DRX in a defensive position. With little to strike back with, DRX finally rolled over and in 25 minutes, Damwon wrapped up the series.

Now the question remains whether anyone can stop Damwon Gaming? This LCK team is one of the strongest we’ve seen out of the regions since the heyday of SKT T1. The winner of G2 and Gen.G semi-finals match will have their work cut out for them in the semi-finals.