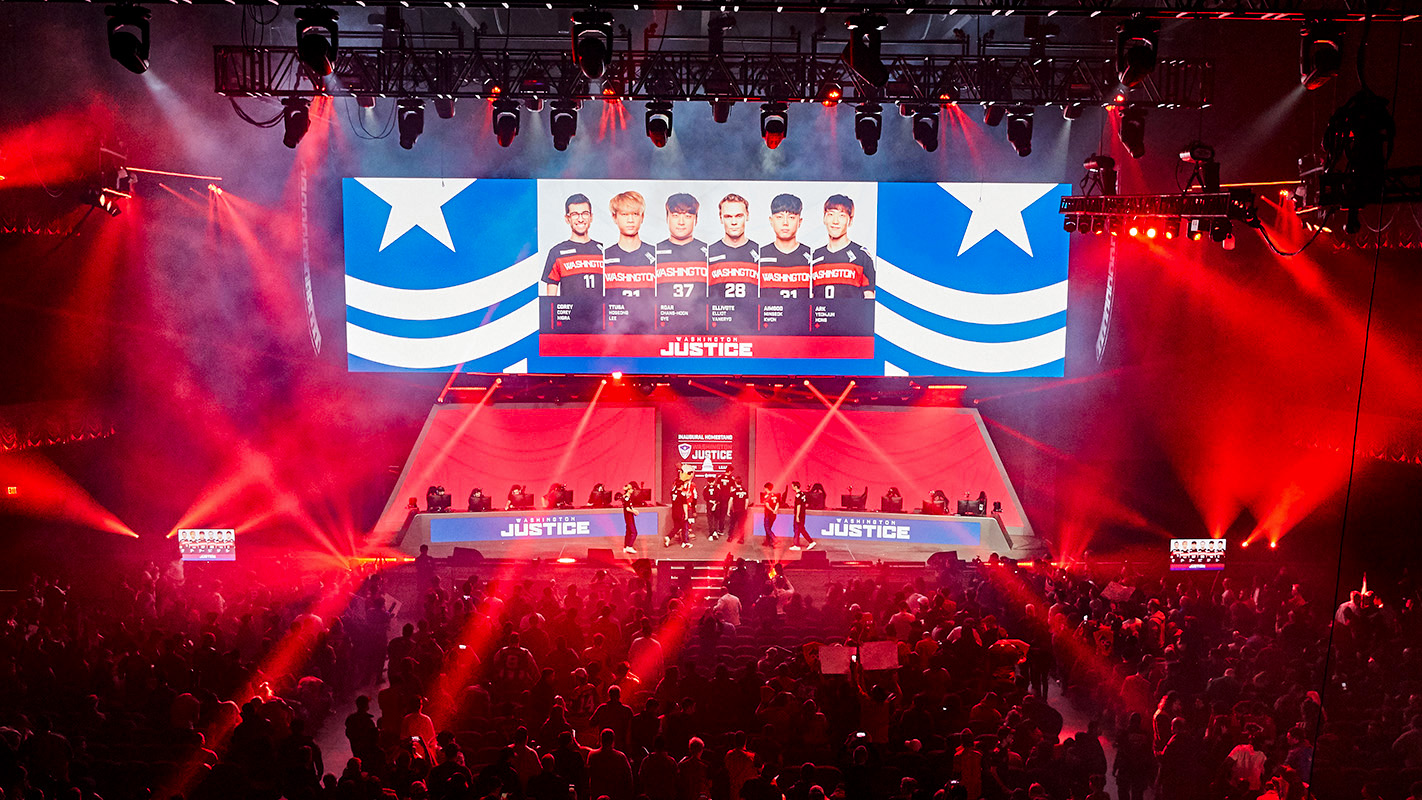 The weekend was an exciting, yet arduous one for the Overwatch League. The Philadelphia Fusion continued their win-streak and the Houston Outlaws delayed an inevitable loss with an impressive hold. Washington Justice fans were unfortunately sent home disappointed, with their team losing both of their matches against the Paris Eternal and London Spitfire.

The New York Excelsior tried their hardest to stand tall against the Philadelphia Fusion but felt the brute force of the aggressive team in full. Many expected the Excelsior to look in better form during this match. That’s not to say that the New York team performed poorly, but rather got outplayed. The Fusion is starting to show that the care and coordination that they put into team fights, especially the synergy that they exhibited on Horizon Lunar Colony.

Su-min “SADO” Kim’s aggression is tailored by the cooldowns of Seung-hyun “Ivy“ Lee and the spacing of Jae-hyeok “Carpe“ Lee, namely in their roles on Mei and McCree respectively. Seung-jun “WhoRU” Lee on the side of the Excelsior struggled with his ice wall positioning on Mei, sometimes blocking important openings or using the wall early leaving the rest of his team at a disadvantage. The Philadelphia Fusion continued their win streak this weekend with a decisive win over the New York Excelsior.

Looking at the final score, it’s easy for people to call this clown-fiesta close, but in all honesty, the Boston Uprising had the upper hand for a majority of the series. The Houston Outlaws are the stall kings, but in the normal ebb and flow matches, they make countless mistakes and play at the level of 2018 Shanghai Dragons. When it comes down to the critical moment that keeps them from being pushed out of the series, they come back and pull out the draw delaying the series one more map.

In the words of the casters “It was some Overwatch alright, not good, but it was Overwatch.” Two of the Boston Uprising’s recent acquisitions performed extraordinarily well on stage with Walid “Mouffin” Bassal stirring up the crowd and Sang-min “Myunbong“ Seo landing 4-man anti-nades on Ana before the team fights even began. The rookie Myungbong enabled a lot of the Uprising to go in and wreak havoc.

The Washington Justice was finally at home and ready to pop-off for their fans, but it just wasn’t their weekend. The Washington Justice looked confused during their matches against the Paris Eternal, barely able to take the win on Temple of Anubis. Corey “Corey“ Nigra went to town as usual thanks to Elliot “ELLIVOTE“ Vaneryd keeping pressure on Ki-hyo “Xzi“ Jung and giving Corey free sightlines to poke at the Paris Eternal and pick off critical members. Hanbin recently came of age and made his debut over the previous weekend, proving his value by keeping pressure on Chang-hoon “rOar“ Gye and peeling for his team whenever possible. Later on in the series, the Eternal adapted to Corey’s playstyle and stuck behind shields or around corners denying the damage player angles to make an impact.

Outlaws had moments where it looked like they could win but got outclasses by the NYXL, especially in extended team fights. Despite being down in numbers for a few of the team fights during this series, the NYXL managed to come back each time smacking down the Outlaws with mechanical skill. New York has faced a back and forth this season taking on top teams like the Fusion, and bottom teams like the Houston Outlaws.

What we saw in this series wasn’t surprising given the Outlaws performances this season of the Overwatch League, but it affirmed that there are issues within the lineup of the Houston team. The coaching staff of the Outlaws kept switching support players between Shane “Rawkus“ Flaherty and Jung-keun “Rapel“ Kim, preventing them from finding a flow like Jecse was able to. 90% of the highlights from the Houston Outlaws this season are of Jecse working his Lucio magic. On top of that, Austin “Muma“ Wilmot is the only main tank for the Houston Outlaws, and if his performance maintains at its current level, it would be wise to acquire a new main tank, even someone fresh from Contenders.

The Fusion came into this match -up aggressive and on fire after their hot streak at home last weekend. The first two maps went cleanly to the Fusion, doing what they do best and applying pressure on the frontline until the opposition breaks. Daniel “FunnyAstro” Hathaway proved to be deadly with his blaster on Lucio, picking off straggling players while enabling the Fusion to keep up with the increasingly fast-paced Toronto Defiant. The Toronto team were thriving in their attempt of a reverse sweep when they played off-meta choices that focus on applying tons of pressure at once through the Sombra hack from Lane “Surefour“ Roberts combined with the dive from Brady “Agilities“ Girardi and Adam “Beast“ Denton.

The Defiant knew that if Andreas “Nevix” Karlsson dived into the backline of the Fusion alone, he would instantly be focused and taken out. The Fusion has evolved their playstyle around protecting Carpe and Alarm in the back, but if every member of the Defiant dives Carpe, their chances of success increased significantly. After dropping Oasis and Temple of Anubis with little resistance, the Defiant attempted the reverse sweep, first taking Dorado away from the Fusion, and then using everything they had to take King’s Row. The final map, Nepal saw the Toronto Defiant looking solid at the start of each round, only to slowly lose their grip and lose key team fights to the Philadelphia Fusion, continuing their win streak in the League.

The London Spitfire completed an incredible reverse sweep against the Washington Justice, despite the odds and the analysts’ predictions. The first two maps, Oasis and Hanamura, were less about the Justice being a strong team, and more of the London Spitfire making mistakes and being unable to clench out the wins. Dong-jae “Schwi“ Lee was heavily criticized for his sloppy use of ultimates and Mei walls, often blocking his own teams’ sightlines. The rest of the Spitfire squad played at a mediocre level until Map three came around and everything changed. On Dorado, the London Spitfire was able to fully hold the Washington Justice, only allowing them to push the cart a few mere inches. An all-out aggressive front from the London Spitfire along with perfectly executed team fights led them to an easy victory and a start towards the reverse sweep.

Whatever the coaches said to Gil-seong “Glister“ Lim during half-time break led to a complete 180 on how he approached the Justice, picking them apart. Regardless of the score, his McCree performance is less than that of his Reaper, something that could be a downfall for them going up against teams like the Fusion. Sung-hyeok “Highly“ Lee’s sleep darts controlled the flow of battle and shut down Corey at moments when the Justice needed him the most. Towards the end of the series the London Spitfire opted for complete aggression against Washington, and it worked out well for them. 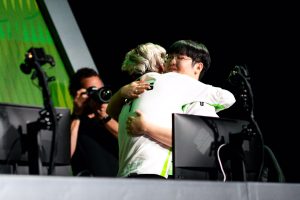 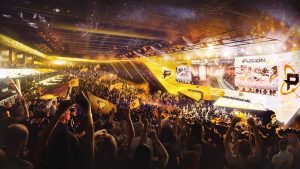 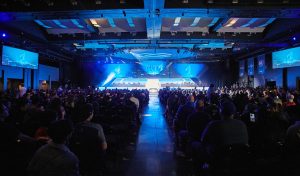