Both games ended in upset, sending the Counter-Strike community into disarray as their pickems were swiftly ruined.

The most shocking result for sure. Team Vitality held their bo1 match on their best map, Dust 2. In ESL One Cologne, Vitality showed the world that their Dust 2 was incredible. These results became the expectation for this event, and it made the already-clear favourite even more popular.

However, Syman Gaming really showed up, defeating Team Vitality with a comfortable margin. The squad managed to keep the, now debatable, best player in the world Mathieu “ZywOo” Herbaut down, as he ended the game with just a +1 K/D difference.  ZywOo was the only player on Team Vitality who managed a positive K/D.

Instead, Maksim “t0rick” Zaikin topped the leaderboard. He, Ilya “Perfecto” Zalutskiy and Ramazan “Ramz1Kbo$$” Bashizov all had a positive KDs, with their IGL and support player not too far behind.

As for the NRG and DreamEaters game, this one was much closer than anticipated. DreamEaters kicked off the half with a great showing on the CT-side of Overpass. However, their T-side left much to be desired as NRG came back and forced the tie.

In overtime, DreamEater seemed to improve on their T-side and broke the mould of the game. This led to them winning the map 19-17 and advancing to the upper round in the Swiss System.

This means that both DreamEaters and Syman will go to the 1-0 round in the Swiss system later today. DE will play G2 esports, whilst Syman takes on North. Meanwhile, NRG battles Tyloo and Team Vitality face off against INTZ.

Can the underdogs keep on their momentum or will they have their blaze of glory shut down? We’ll know soon enough! 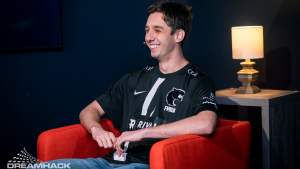 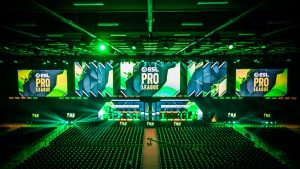