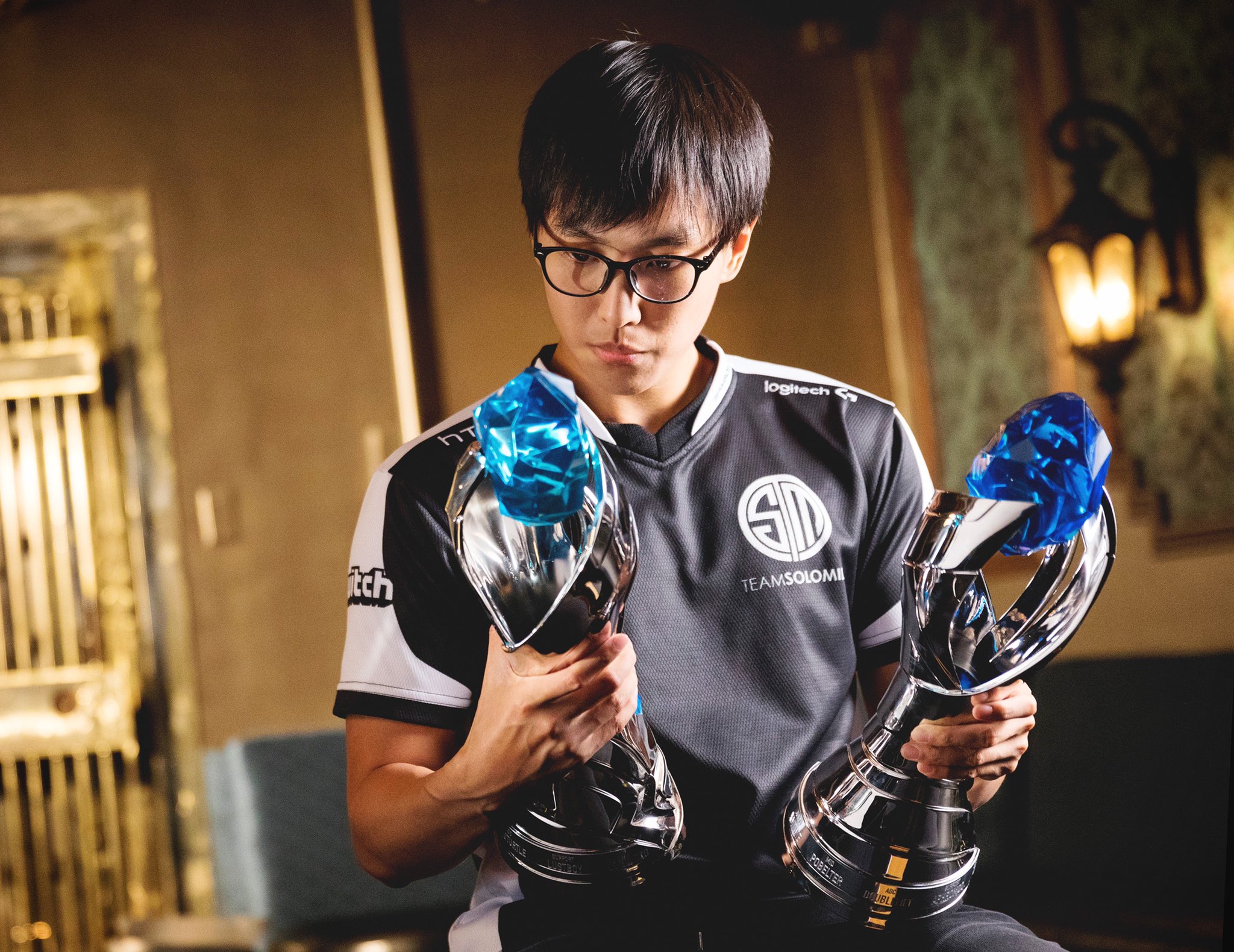 Big moves are shaking the foundations of Team SoloMid, as the NA team signs Hu “SwordArt” Shuo-Chieh, just as bot laner Yiliang “Doublelift” Peng retires. The two-year, six million dollar deal was revealed on Thursday, November 26, giving TSM fans something a little extra to be thankful for on Thanksgiving.

SwordArt is one of the most renowned LoL players ever to emerge from the LMS and PCS regions. The Taiwanese player began playing in 2012, with stints on the Gamania Bears and ahq, before joining his most famous roster Flash Wolves.

A multiple-time Worlds participant, the support player is widely regarded as one of the best in the world at his position. Most recently, he was part of the Suning team which went to the Grand Finals of Worlds 2020. The team narrowly missed out on victory, only losing to eventual champs DAMWON Gaming.

The record $6 million deal rockets SwordArt to the top of the list of best-paid players in North America. TSM is one of just a few organisations in the world that could pay such a prize tag for an import talent.

But the signing of a world-class support may not be enough to console TSM fans. On Wednesday, November 25th  Yiliang “Doublelift” Peng  announced his retirement from pro play. The bot laner for TSM revealed his plans in a Twitlonger posted on his official Twitter.

In the post, Doublelift reflected on his decade within the game, and the achievements and accolades he’d amassed. Over the course of just under 10 years in the game, the legendary bot laner was part of Counter Logic Gaming, Curse Gaming, Team SoloMid, and Team Liquid. Always one of the premier players of the North American server, Doublelift is perhaps the most successful domestic NA talent of all time.

However, his international achievements have been limited. What’s more, the latter part of his career has been tarnished somewhat by his links to allegations of serious conflicts of interest within the LCS.

Many members of the League community joined in paying homage to the retiring player.

Doublelift retires from the pro-scene having left behind a legacy of incredible play for his region.  Looking for more off-season bombshells? Count on Dart Frog for all the latest League of Legends news! Follow us on Twitter, Instagram and Facebook!