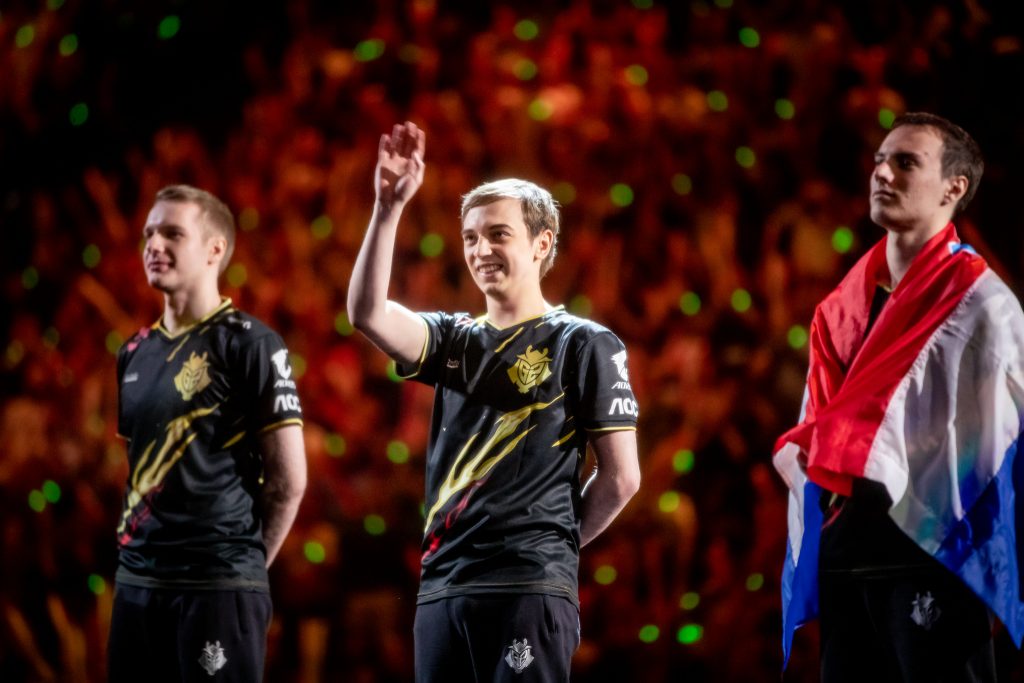 It’s LEC-eve, or more accurately the night before the 2020 Spring Split kicks off. For some of us, we’ve been glued to any scrap of competitive League of Legends news that’s appeared.

But for others, the break from November to January has been a much needed reprieve. And now, with the LEC knocking on our door, it’s time to settle back into the swing of things, check out what’s been going on while we were gone, and find out who we should be rooting for this season.

So without further ado, here are the three biggest stories heading into the start of the Spring Split.

It’s been over a year since G2 Esports shocked the world by signing Mid Laner Rasmus “Caps” Borregaard Winther when they already had the equally talented Luka “Perkz” Perković on the roster. What happened next was the most famous role swap in League of Legends history, as Perks moved seamlessly to the Bot Lane, and in one split transitioned from legendary Mid player to a legendary ADC.

But after a heartbreaking end to their storybook 2019 season, G2 started playing around with roleswaps again. They’d already joked that this was something that could potentially happen, however, late last year the japes became reality as Caps officially moved to ADC, with Perkz returning to mid lane.

Reports say that Perkz was never really comfortable with his switch to bot lane, so perhaps the team is looking to iron out the final few kinks in their almost perfect lineup before making a return to Worlds this year.

Konstantinos-Napoleon “FORG1VEN” Tzortziou was a singular ADC talent. He was part of some of the most memorable and talented rosters in EU LCS history. As part of Origen, H2k0Gaming, and Copenhagen Wolves, he made waves as one of the most gifted bot laners ever to grace the rift.

But in 2018, FORG1VEN hung up his mouse and keyboard to answer the call of his country’s mandatory military service. Joining the Greek military in June 2018, FORG1VEN was expected to be absent from the scene until 2020 at the earliest. He called a return “likely” but only if he could do so on a top-tier roster.

Then in April 2019, the Greek ADC announced his return. Open to all offers, he sat out the remainder of the 2019 season, before signing with FC Schalke 04 late last year. Now the prodigal talent will participate in the 2020 Spring Split, on one of the most promising rosters in the league. Watching how the 28-year old fairs in a league he’s been absent from for two years will be fascinating.

Origen are terminal underperformers. At the start of last split the team was heralded as a top-three squad. Many lists even put them ahead of G2 in the rankings, and certainly expected them to be a Worlds 2019 attendee if not finalist.

And yet after promising start to 2019 with a second place finish in the Spring Playoffs, and a victory over the LCS at Rift Rivals 2019, the team fell apart. In the Summer, the team fell to a 7-11 record. Nothing to be sniffed at, but a scoreline that put them in a four way tie with Rogue, Team Vitality, and SK Gaming. The squad would ultimately finish off their season with a pair of losses, and not even get a chance for a tie breaker.

Once again, Origen is set to achieve great things. The power rankings have them in the top five, and some even higher again. Certainly the roster looks solid. The addition of Andrei “Xerxe” Dragomir in the off season helped raise their stock. And now the team looks poised for success. Whether they live up to expectations will not only affect their own chances, but most likely determine how the rest of the middle-of-the-pack squads perform in the rankings.

The LEC is set to begin tomorrow 17:00 GMT, kicking off with G2 Esports vs. Mad Lions live on Riot Games’ Twitch channel. Follow Dartfrog for all the latest League of Legends news and analysis on our Twitter, Facebook, Instagram, and Twitch.