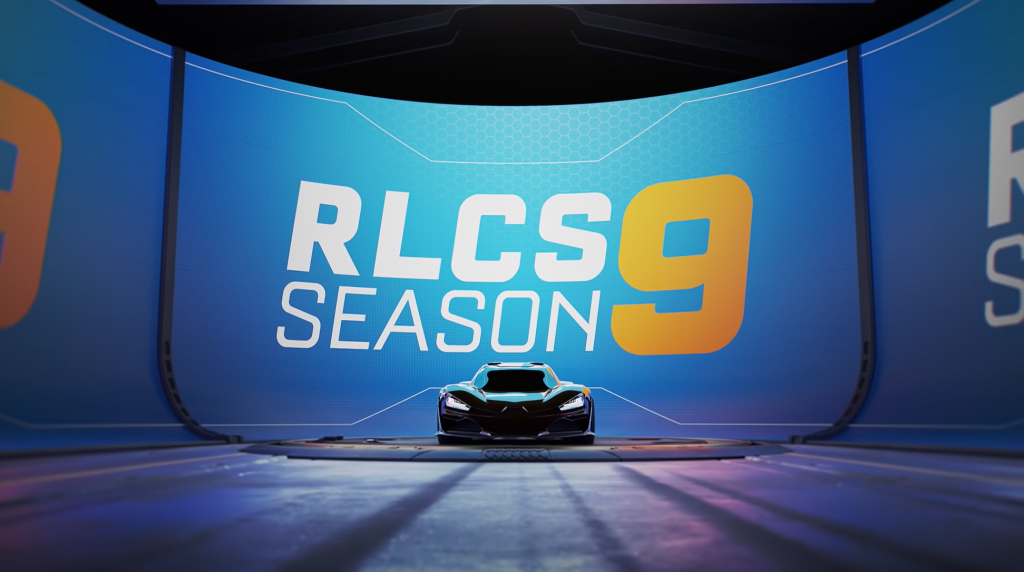 The RLCS Season 9 kicks off this weekend and thanks to the expansion of the North American and European leagues it’s set to the be biggest yet.

With size increased to ten leagues, it mean more games and more opportunities to see the best players in action. But it also brings the introduction of direct relegation with the team finishing 10th, with that last-place team dropping straight into the Rival Series!

To accommodate the changes Season 9 League Play will now be played over eight weeks with teams playing an additional two games during the regular season. Season 9 will start with the North American season on Saturday 1st February followed by the start of the European season on the Sunday 2nd February, with a combined prize pool of $1,250,000.

Check the full schedule including for the South American and Oceania Leagues below:

With all the unpredictableness that characterised the last North American season, it’s no surprise that the off-season was one of the strangest yet.

Cloud9 and G2 esports, two of the ‘big three’ in NA, found themselves in a relegation battle but rather than ring the changes they decided to stick with their rosters. Cloud9 did try and poach Colby “hockser” James from eUnited but were unable to make the move happen. Kyle “Torment” Storer was the man he would be replacing and how he reacts, knowing his team wanted him gone will have a massive effect on their season. A poor start for either of these teams could see them fighting another relegation battle.

NRG, the other NA powerhouse, had their own reason to stick with their roster, albeit it was a positive one. Having won their first RLCS World Championship last season, expectations will be high. Few would bet against them doing it again.

For the Pittsburgh Knights, on the other hand, there’s real risk that they will struggle with that difficult second album after they finished second in league play and replaced Nick “mist” Costello with Austin “Ayyjayy” Aebi. It’s yet to be seen if Ayyjayy is really an upgrade, as he has the mechanics but that doesn’t always translate into results.

Elsewhere, Mist becoming available paved the way for the biggest drama in the off-season. Ghost Gaming, who had initially signed Jason “firstkiller” Corral, suddenly had doubts whether the 15-year old wonderkid was the right move for them, and in a very late move transferred him to Rogue and bringing in Mist as a replacement. That means firstkiller’s time at Ghost amounted to just nine days and zero official games played – surely a record.

Both teams feel that they have benefited from this merry go round and whatever the case expect sparks to fly when they finally meet in week six.

The two promoted teams – Afterthought and Flight – will look to survive their first season in the top flight. What happens, frankly, is anyone’s guess but as we have seen in seasons past teams don’t tend to go down in the first season. Both teams have a mix of experienced pros and players untested in the top division, with Flight having more potential on paper.

The big story coming out of Europe was the removal of Kyle “Scrub Killa” Robertston from Renault Vitality and his eventual (still not officially confirmed) move to mousesports. The move seems less to do with Kyle’s performance and more to do with his inability to communicate with his French teammates, replaced with Yanis “Alpha54” Champenois from TSM. The Frenchmen is an absolute crack player in his own right and Vitality and mousesports look to be better off with these moves. These two are going to LAN.

Renault Vitality’s gain was TeamSoloMid’s loss, and without Alpha54 – replaced by Joonas “Mognus” Salo from the relegated Complexity Gaming, TSM look in trouble. They found themselves in a relegation battle last year and haven’t improved. Troubling times ahead.

Another side that could struggle this season is FCBarcelona. Dropping Dan “Bluey” Bluett, arguably there best player last season, for Hrant “Flakes” Yakoub looks a sideways move at best. As a result, there isn’t a lot to get excited about with this roster. A slow start could spell trouble for the Spanish side.

Dignitas were a team in transition last season. They just barely made it into LAN but once they were there they looked a different side with Maurice “Yukeo” Weihs, in particular, impressing. They made no changes heading into the new season and it makes sense this is a time on the up. A strong start and we could see a dominating season like the Dignitas of old.

Team Reciprocity had a strange season – after finishing first in the regular season they struggled at LAN. There is no doubting the quality of this side Victor “Ferra” Francal is as solid as they come and Emil “fruity” Moselund and Thibault “Chausette45” Grzesiak both have huge pop-off potential. It’s not a question of if they are getting to LAN, it’s more a case of what they will do once they get there.

Veloce Esports, what can be said about a team where nothing has changed? They kept their roster the same and matching the achievements of last season when they finished 3rd in league play will be a huge success.

Making his return to the RLCS is Jordan “EyeIgnite” Stellon who was integral to AS Monaco Esports finishing 1st and getting promoted from the RLRS. He was at the heart of everything they did and if EyeIgnite can continue to play as he did in the second tier there is every chance they will make it to LAN.

Of the two other promoted teams Team Singularity look the most capable of an upset – there is a lot of hype around their roster with Thomas “ThO.” Binkhorst been earmarked as one to watch. Endpoint aka Discombobulators will consider survival a success.

You can catch all of the RLCS action from North America and European regions on both Twitch and YouTube.

RLCS League Play will be live on Saturdays and Sundays from February 1st through to March 22nd.

The South American and Oceania regions have different formats the schedules and format can be found on the Rocket League esport website.