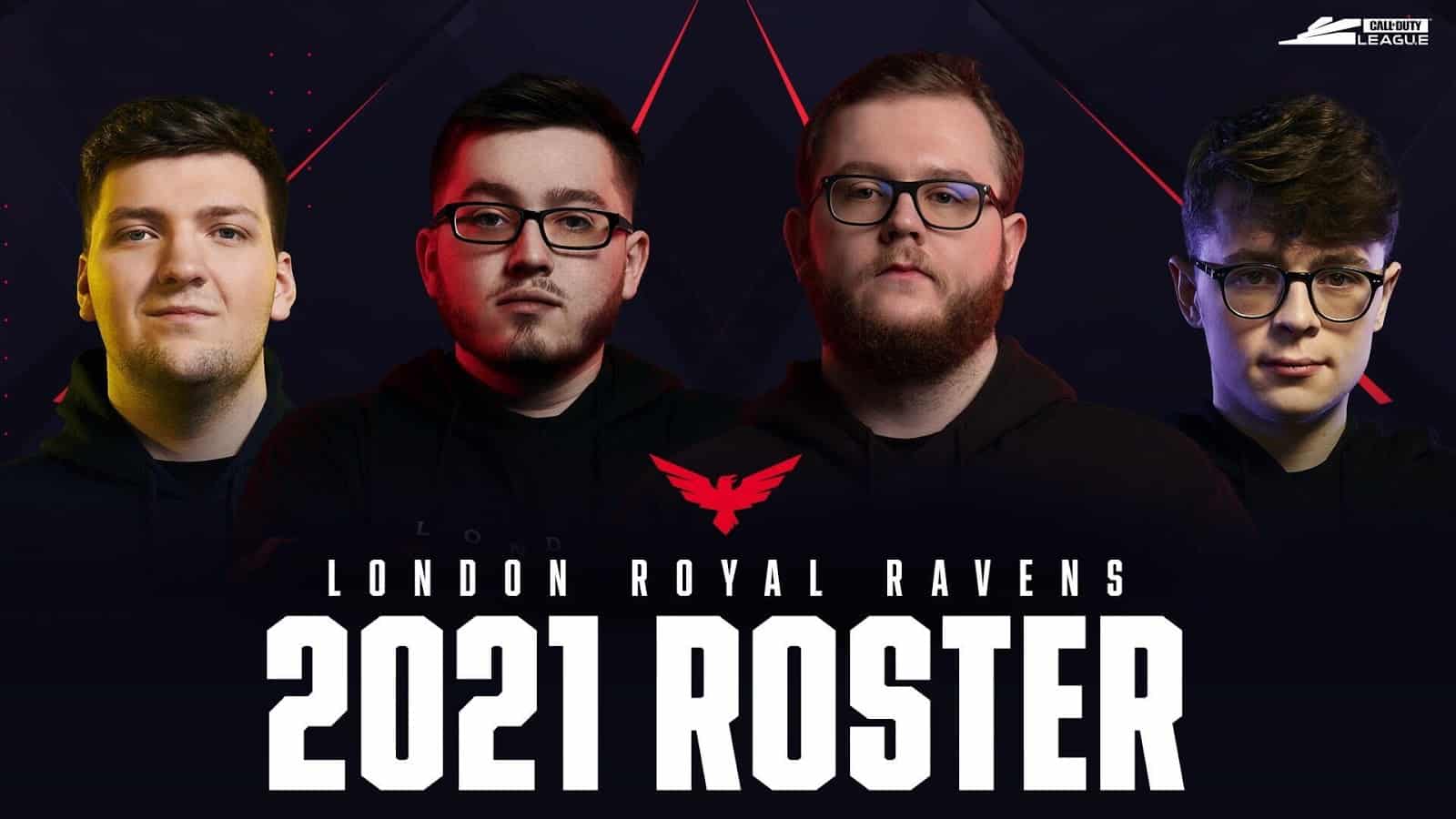 With the CDL season right around the corner, London Royal Ravens become the next team to announce their four-man roster.

The roster contains some familiar faces, including the coaching staff. Dylan, Zer0 and Seany have made a return to the all-British squad whilst Alexx joined on a transfer from Minnesota Rokkr.

Dominate, Ravens’ head coach, has returned to his former role on the team. Shane has also joined the team once again but this time will take the role of assistant head coach.

To the surprise of many, twin brothers Skrapz and Wuskin were left out of the squad this year despite having a huge presence in the roster last year.

With the four-man squad confirmed and locked in, let’s take a closer look at the new Ravens.

The Scottish phenom, Seany, has been a top player in the UK scene over the past five years. He seems to fit in to any team that he finds himself on and his talent always shines through.

Despite not having any major wins, Seany can undoubtedly compete among the best and it will only be a matter of time before he secures a chip.

Like Seany, Zer0 has been competing in the scene for the past five years. His most notable performances being under Splyce and Red Reserve where he found some success.

Zer0 performed well last year under the Ravens but he will surely look to improve and bring one home for the Brits.

Dylan has “got a lot to prove” after no success last year on the London franchise. He is one of the most talented players in the scene and is well-known for his outrageous plays.

He has only recently made his mark at the top of the pile after joining Reciprocity in 2019. However, his short time in the limelight has gained him a large following and respect due to his rare talent on the sticks.

It will be interesting to see how he performs with new addition and former teammate Alexx this year.

Alexx, like Dylan, has only been around the professional scene in the last two to three years. However, he has proven why so many teams are keen to snap him up with consistent impressive performances.

Dylan, Seany and Alexx all reunite after parting ways from Reciprocity last year. The squad will be eager to prove people wrong and win some trophies for the UK fans.

What are your thoughts on the London Royal Ravens roster?