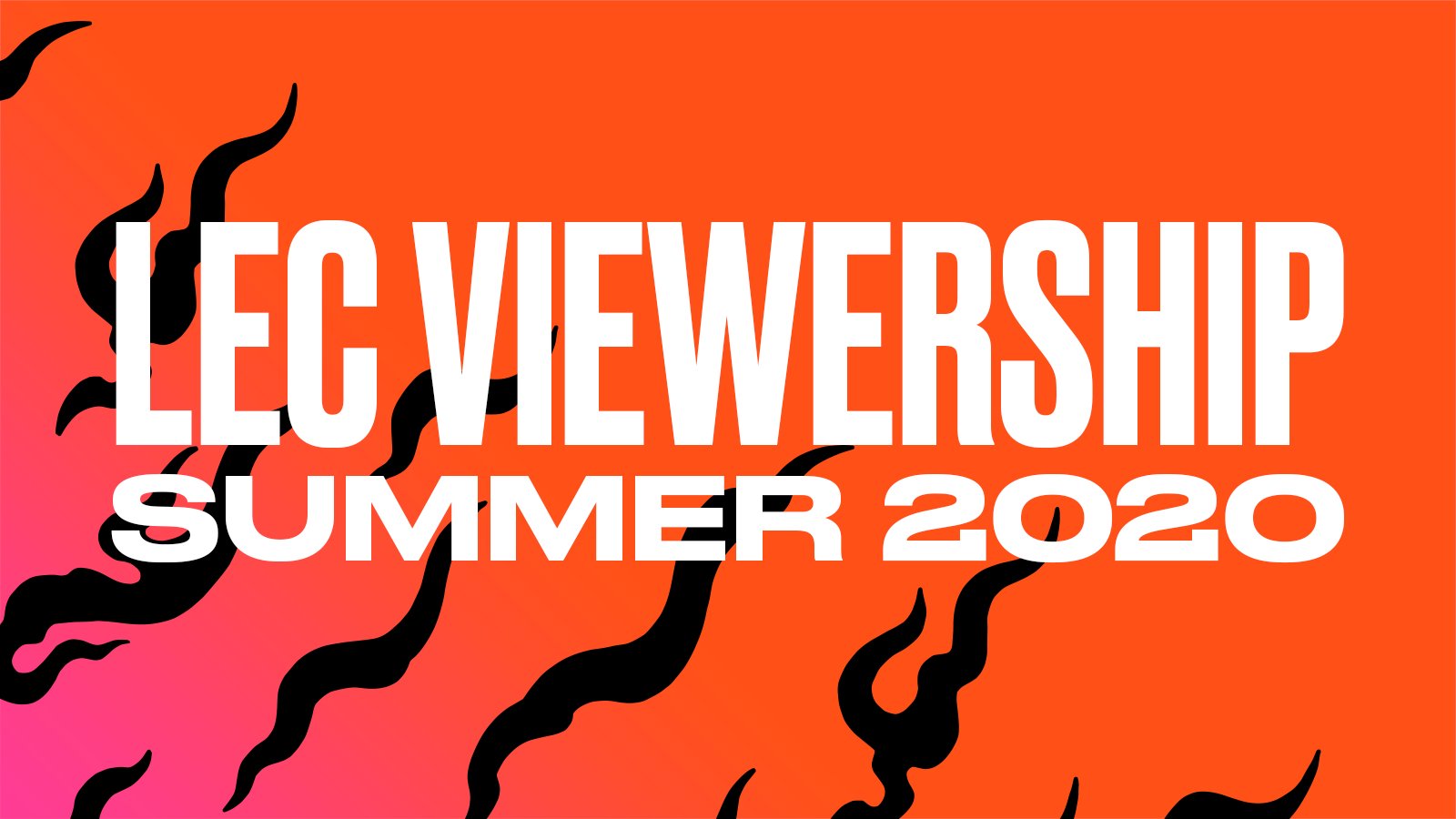 Worlds 2020 is less than a month away, and for one region in particular there’s already plenty to celebrate. Namely Europe, where the League of Legends European Championship has had one of it’s best ever seasons for viewership.

In a detailed post on reviewing the 2020 LEC Summer viewership, the Rioter Alberto “Tiroless” Guerrero revealed the record-setting figures. Overall the LEC’s peak concurrent viewers hit close to one million, reaching a height of 952,339, an increase of 16.7 percent. However, this wasn’t some kind of outlier with the average viewership not far off that mark at 819,415.

That number, which would put it ahead of many TV shows on traditional media for live viewing figures, represents a 70% increase since last year for the Summer Split. The report also states that this was the highest viewed season ever in Europe.

The news comes as the LEC has received universal praise for it’s revitalised broadcast. The European League of Legends scene was revitalised in 2019 with the rebrand from EU LCS to LEC. Since then the broadcast team has striven to create a unique identity, and the record viewership seems to imply that they’ve been successful in engaging with the audience.

This is a far cry from the dismal years past in which Europe, despite often better individual talent, struggled against the individual personalities and brand recognition in the LCS. Since then, problems with production, and a failure to adapt quickly during the coronavirus pandemic, has seen the LCS loose pace with the LEC.

During both League’s respective finals, the LEC hit its peak viewership. Meanwhile, the LCS struggled to beat over half of that, peaking at 545,571, but floundering to a 205,750 on average. This would in part have been down to the five-match war between Team SoloMid and FlyQuest dragging on for so long, while the quick pace of the LEC finals would have kept viewers excited.

Regardless, it’s a dramatic shift in fortunes for both leagues, and a wake-up call for the LCS, who must now attempt to regain their dominance of the platform in the wake of the LEC’s record viewership.