League of Legends Worlds 2019 Finals: The story so far

After over a month of incredible upsets, heartbreaking eliminations, and dramatic twists, the end of the 2019 League of Legends World Championship is on the horizon. And the last two competitors in the Worlds 2019 Finals? None other than the LEC’s G2 Esports, and LPL’s FunPlus Phoenix.

It’s not been an easy road for either of these teams, in spite of what some of the score lines have read. Both organisations have had to consistently show just why they deserve to be in this position. And as we’ll dive into now, their exceptional performances in the Semifinals have already shown they both have what it takes to become world champions.

Our first Semifinal matchup was an all LPL affair, as FPX took on last year’s world champions Invictus Gaming. While Invictus looked sharp, there would be no repeat on the cards for them this time.

That’s because while FPX has seemed unstructured and at times not lived up to their hype this tournament, against iG, they surpassed all expectations. Nothing was left to chance, as the team broke out unorthodox picks, as Kim “Doinb” Tae-sang headed to the rift with his signature Rumble and Nautilus Mid picks.

This series stretched to four games, and was one of the bloodiest and kill-heavy games we’ve ever seen at a world championship, FPX felt firmly in control, even after losing game two in disappointing fashion. Ultimately iG’s lone win in this series was more an anomaly than any genuine resistance, as the team fell to their opponents.

G2 have surpassed themselves. For the second time this season they’ve defeated SK Telecom T1 in the semifinals of an international tournament. And what’s more, they’ve advanced to the finals, putting to bed the disappointment of Worlds 2018.

But this wasn’t a perfect victory. SKT did not go out without a fight. Notably, Kim “Khan” Dong-ha’s Renekton and Kim “Clid” Tae-min’s Gragas were standouts on a team usually overshadowed by the performance of Lee “Faker” Sang-hyeok. But here the “unkillable demon king” was unable to shine when faced with the insatiable force of “Uma Jan,” Luka “Perkz” Perković, and Rasmus “Caps” Borregaard Winther.

G2 Esports played like champions. They never looked rattled on player cams, and oozed the kind of reassuring confidence that only winners have. They handed the LCK team a resounding loss, leaving SKT and its fans to wonder what’s next for the team.

What to expect in the Worlds 2019 Finals

Our two remaining teams are both masters of a similar style of play: Flexing. Because of their versatile players such as, Doinb, Perkz, and Caps, both teams have the chance to pick champions without giving their opponent any opportunity to know what position they might be played. If FPX picks a Nautilus, there’s no guarantee it won’t turn up in the mid lane, or even top and jungle. G2’s Pyke could go anywhere, even if that champion has seen reduced playtime as of late.

The real deciding factor will be whether these teams fall into trap picks. Champions like Kayle or Kai’sa have been the downfall for some teams at Worlds 2019, who’ve relied on the champion’s individual strength rather than its place in a team’s composition.

Regardless of the champions that are played, this is sure to be an incredible Worlds 2019 finals, with two of the most exciting rosters we’ve ever seen in a world championship. You catch the finals from noon CET, Sunday, November 10, on Riot Game’s official Twitch and YouTube channels. 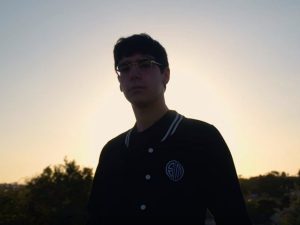 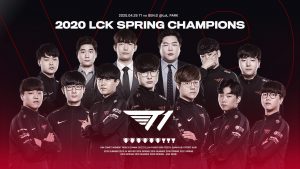 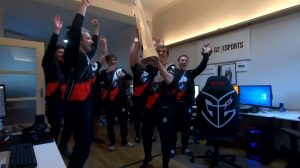 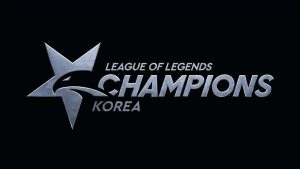