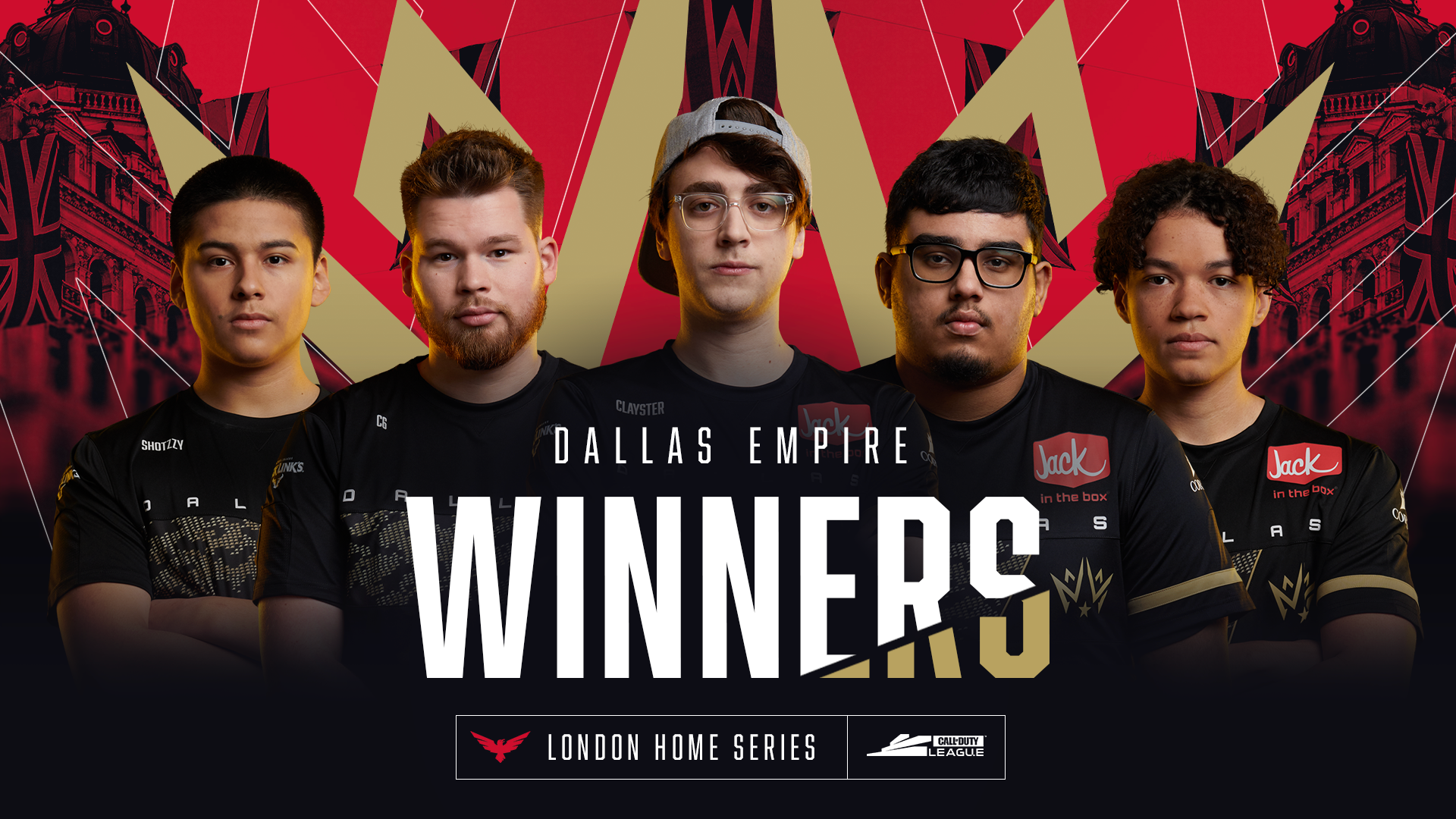 Dallas Empire were victorious at the London Royal Ravens Home Series after defeating Paris Legion in the final.

The win made it their third trophy this year and bumped them up to second place in the standings. Here is a rundown on how they came out on top.

The boys on Empire began the weekend with a swift 3-1 win over Paris Legion. This wouldn’t be the last time that these two met during the event.

New York Subliners then awaited Dallas in their qualifier match which ended quicker than many expected. Empire sent a statement to the remaining teams with a hot 3-0 win, advancing to the semi final.

Many thought that the semi final match-up between Dallas Empire and Florida Mutineers would be the game of the tournament. However, Dallas made short work of them and took the win again without dropping a map.

After losing their first match against Dallas Empire, Paris Legion fought their way to the grand final in impressive fashion. They beat hosts, London Royal Ravens, 3-2 in the semi final setting them up for a rematch against a strong Dallas roster.

Young guns, Shottzy and Huke, controlled map one as Dallas Empire took the Hardpoint 250-145. The boys on Empire looked unstoppable.

The Search and Destroy on map two followed a similar pattern with a dominating 6-1 victory for Dallas.

Despite Paris Legion’s impressive run, it seemed Dallas had the upper hand at CDL London.

As was expected given their form, Dallas took the series 3-0, cruising to victory and their third event win of the year.

Empire player and Call of Duty veteran, Crimsix, gave his take on the weekend as he praised his team for playing like an “absolute unit”.

After their Home Series victory, Dallas Empire move up to second place in the CDL standings. Atlanta FaZe remain on top by only 10 points with both Dallas and Atlanta competing next weekend.

The Call of Duty League is back in action next weekend as Toronto Ultra play host to the final home series event of the year.

Tune in to find out what teams can give themselves one final push before postseason matches begin.

Which player caught your eye this weekend?