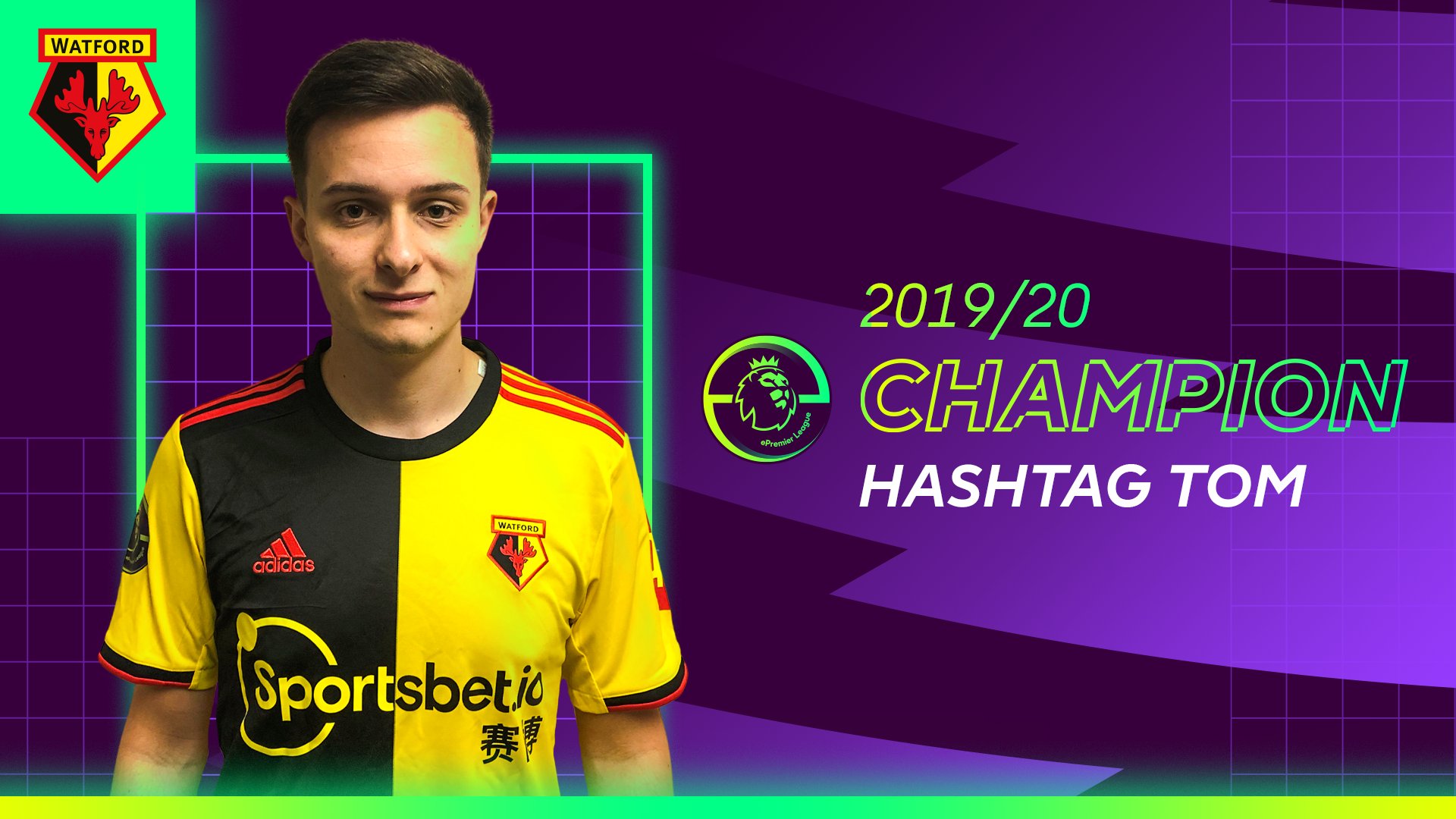 Pro FIFA player, Hashtag Tom, brought home the title for Watford as he was crowned ePL champion on Thursday.

A total of 40 players from PlayStation and Xbox battled it out in a group stage and single elimination format.

The tournament was originally planned for earlier in the year but was moved online due to the current pandemic.

The tournament began with all 40 players split into four groups of five in their respective console. Hashtag Tom was placed in group A alongside Fredo, MHaywxrd, Kingrowll and LiamCuthyy.

Tom showed from the outset that he meant business and put on an impressive display. He ended the group stages in first place with a 7-2 score total.

He then found his way to the semi-final where he would face Callumitty.

It was a devastating 5-0 win for Hashtag Tom in the semi-final and he looked in peak form.

There was more of the same in the console final as Tom faced Chelsea’s Kyle Hammond. He won 5-1 and seemed almost unstoppable as the goals continued to flow.

Over in the Xbox final, tournament favourite Tekkz faced a huge upset as he lost 5-3 to Bournemouth’s MarcMarleyyy.

The grand final was then set between Watford’s Hashtag Tom and Bournemouth’s MarcMarleyyy.

The grand final match was extremely back-and-forth as both players had their eyes set on the prize.

Tom put himself in the lead after an early strike from Roberto Firmino and seemed to be in the driver’s seat. His lead was then extended to two after Paul Pogba netted in the 38th minute.

It was then too late for MarcMarleyyy as he got one back but the full-time whistle blew for Hashtag Tom.

This was Tom’s first major trophy and he was ecstatic to say the least. The England and Watford representative took to Twitter to express his joy:

Did you enjoy Hashtag Tom’s performance in the ePremier League?