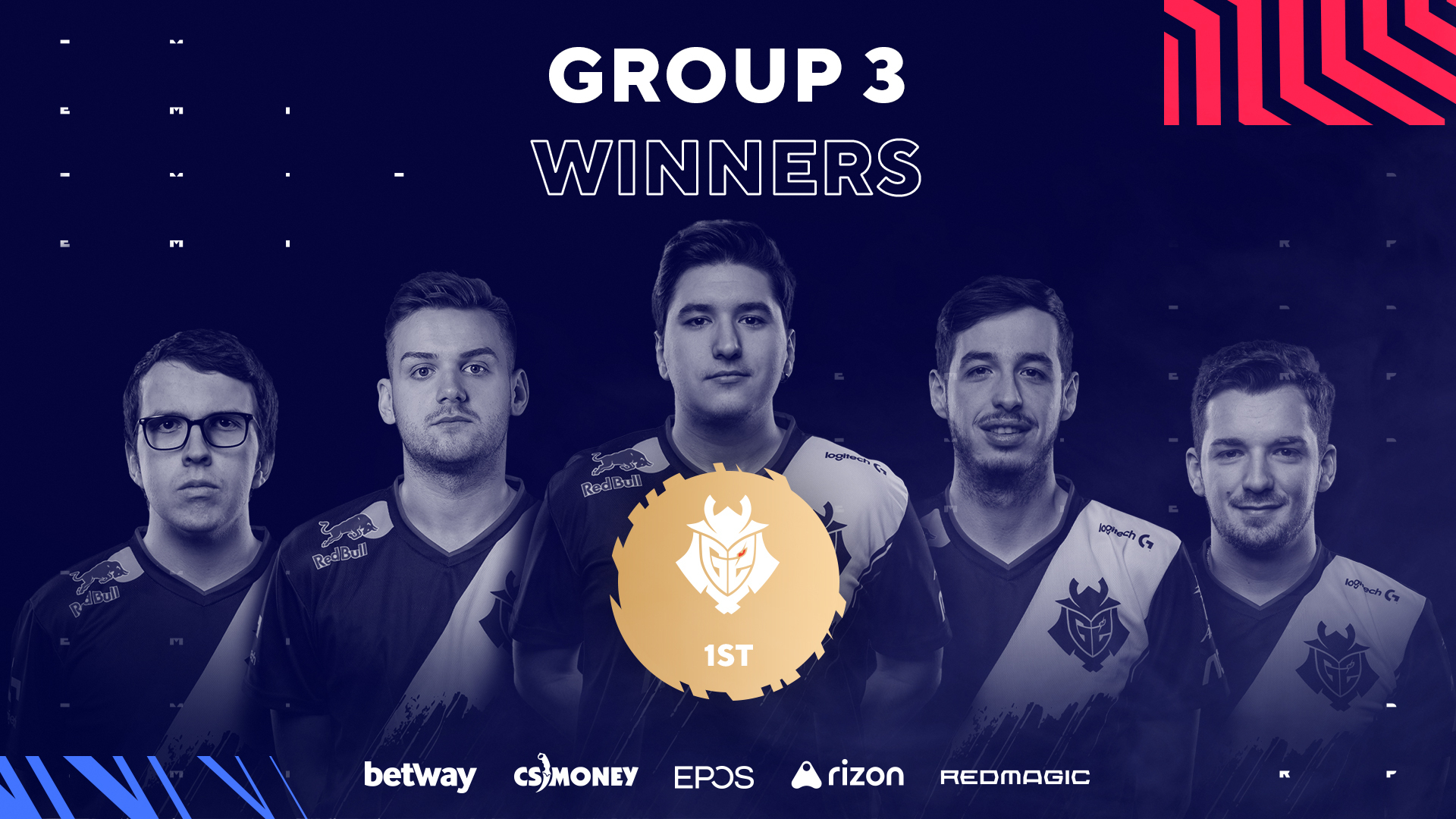 G2 Esports has pulled off a huge victory at the BLAST Premier Group C with their brand-new team. G2 Esports is temporarily running a six-man team has the roster is attempting to step up after falling off a bit over the last few months. The organisation recently brought on Nikola “NiKo” Kovač to the roster, to reunite the Kovač family as he and his cousin Nemanja “huNter-” Kovač are finally on the same team.

A slow but steady climb

G2’s new roster was no doubt going to be a big deal when they announced NiKo as the new player on the team. The star player on FaZe Clan is one of the best European CS:GO players in the game. However, he sometimes has the odd difficulty here or there. Teams with new rosters tend to take time to gel, but they started strong against North America’s #1 team, FURIA.

The series was quick and efficient for G2, as they managed a 2-0 series. This is a bit fo a shock considering the strength of the FURIA roster and the newly formed G2 roster. Anyway, G2 took Mirage 16-10, followed by a Nuke win on 16-11. Moving on, they faced Astralis in the Upper Bracket.

However, the freshness of the roster caught up with them, as the reuniting Astralis five-man core had returned. The major winning team won the series 2-1, but thy did have to reverse sweep it. G2 pulled off a 16-11 win on Dust II, but that isn’t too much of a surprise. The major winning era of Astralis had two weak points, Cache and Dust II. The biggest factor about Dust II was the arrival of NiKo onto the team. The new player found himself getting his first ace on G2, only three live games into his tenure on the team. It may have been against pistols, but the shutdown clearly encouraged him as he went on to 38-16 kill death, and a 135.1 ADR.

With Astralis’ loss out of the way. They bounced back with a classic Nuke 16-12 victory, and a 19-15 Inferno win. Astralis’ T side Nuke earned an 8-7 lead, which is always bad news for Nuke’s CT sided favour. Over on Inferno, the match was super close. Once again, NiKo was getting some insane clutches to get G2 rounds. On the other hand, Astralis was pulling off smoke rushes with a UMP. Inferno was completely feral, which explains why the first half went 8-7 to Astralis and won 19-15 in overtime. Also, Astralis had the gameplan in mind, with one of the greatest fakes we’ve seen in a while on Inferno. Round 28 was certainly exciting.

G2 is the only team to get sent down to the Lower Bracket and return to win a BLAST Premier Fall 2020 Group. The roster met MiBR’s new temporary roster after they succeeded in the Brazillian darby against FURIA.

The series was looking a little doom and gloom as G2 Esports was forced to contend overtime on Nuke. The G2 side managed the victory, even with the MiBR T-side getting 8 rounds to 7. The scary part was players like Vito “kNgV” Giuseppe pulled out a server high of 31 kills and 93.1 ADR. MIBR’s roster was looking great for a team that had only just reformed.

The narrative continued in the second map, as MIBR secured themselves the third map. Dust II went to overtime, with MiBR taking it 19-17. G2 started well with their players dominating on the T side of Dust II as expected. Potential bench candidate, Francois “AmaNEk” Delaunay even got on the top of the leaderboard with his 1.22 rating by the end of the map. Although, Alencar “trk” Rossato bodied everyone on the server with his 1.4 rating. The young Brazillian star came in when it mattered for his new teammates., ensuring big frags and stopping G2 getting to match point when they were rounds behind

Although, the temporary Brazillian squad’s dreams were dashed as the roster found themselves falling out of the BLAST Premier Fall 2020 Group C. G2 Esports came out of nowhere on Train to destroy this tense series. Train was the decider, and G2 secured it 16-5, which is one of the biggest stomps throughout the Fall event. With the hype map win coming in at the right time, G2’s momentum was strong heading into the rematch with Astralis.

G2 Esports was definitely prepared for the rematch against Astralis as they took the finals 2-0. Nuke and Dust II were the maps back in play, and they certainly took them in style. The first map on Dust II was good for G2, as they started the series off strong with a 16-11 win. The entirety of G2 put out a relatively equal contribution to the team, as they floated around the 1.13 – 1.19 rating area. The exceptions here are for Nemanja “nexa” Isaković, who played a more supportive role, and NiKo, who dragged out of his mind with 27 kills and 106.7 ADR.

G2 found Nuke a much easier experience compared to their last few runs. Astralis fell 16-13, thus ending the series. The likes of NiKo dominated the map with his 1.59 rating; the highest NiKo has had on G2 the entire event. No doubt this result had shaken Astralis, and the world will watch G2 much closely as the new roster is already dominating against top EU teams.