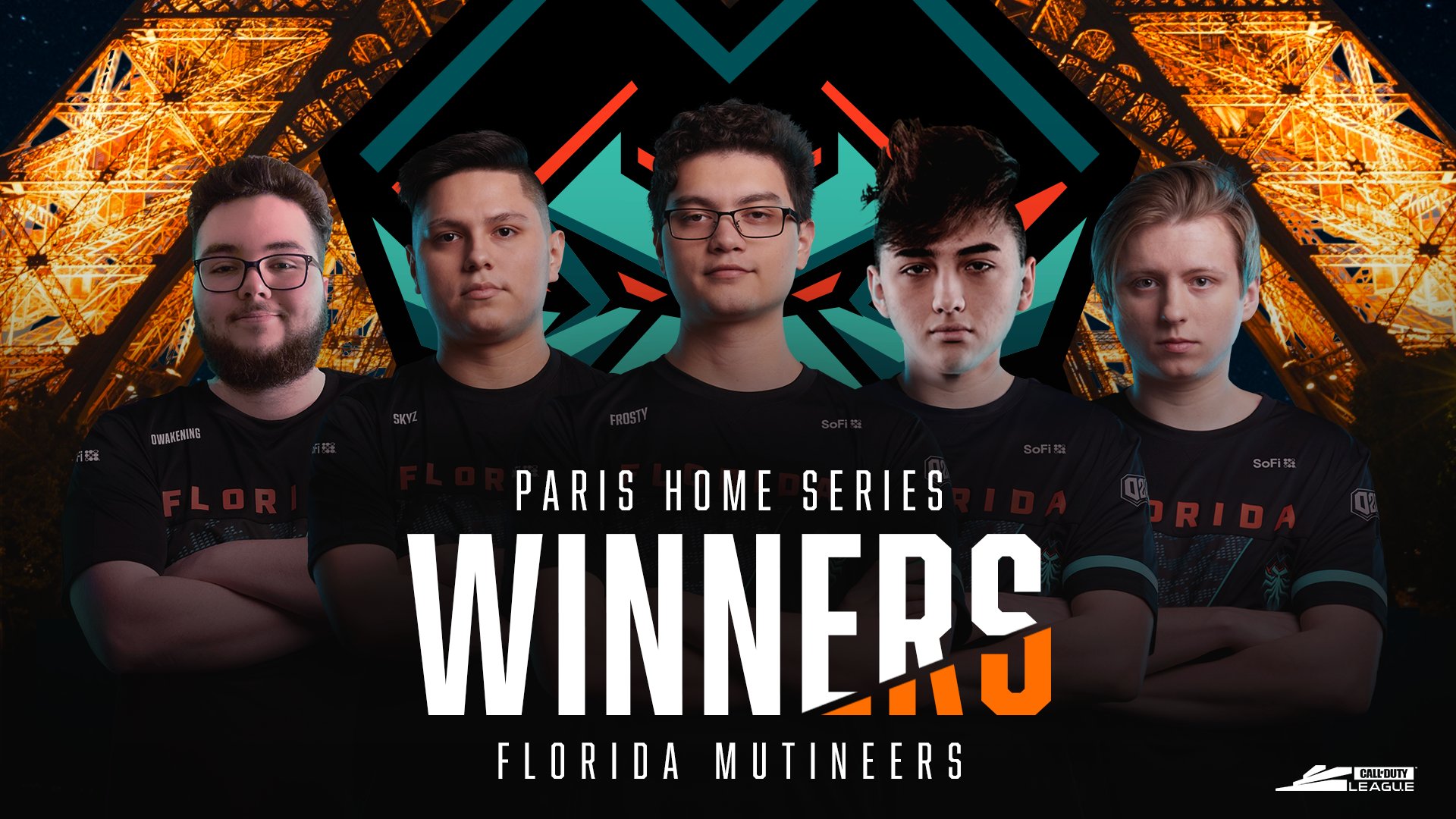 The Mutineers stole the show once again as they won their second event in a row, CDL Paris. Here is how they cemented themselves as one of the best teams in the game.

Road to the finals

Florida began the event with a swift 3-0 win against hosts, Paris Legion. Evidently, this series was a sign of things to come as the Mutineers seemed in peak form on day one of CDL Paris.

The boys on Florida then faced a strong Dallas Empire in the qualifier match. However, they continued their dominance in impressive fashion, beating them 3-1.

New pick-up, Owakening, has been Florida’s standout player since joining the roster. His performance against all teams has boosted his recognition within the scene and he continues to impress.

Sunday started shakily for the Mutineers after going down 0-2 in the semi-finals against New York Subliners. Despite the slow start, the squad pulled off a reverse sweep and secured a place in the grand final.

Although top-ranked Atlanta FaZe faced them in the final, the Mutineers were backed by many to take the win. All five players on the roster seemed to be the team to beat after moving to an online format.

Nobody expected what was to come in the grand final match. Being a strong respawn team, Florida expectedly took the Hardpoint in map one. The Mutineers then took the S&D in a tight 6-5 game and looked set on taking the win.

The third map of the grand final was the most one-sided map seen in a finals match for a while. Florida surpassed 200 points in the Domination with Atlanta not even being able to break 100 points.

After achieving back to back event wins, Florida Mutineers have leapt to second place in the overall standings. All teams have now played an equal number of games, giving us an insight into where teams rank.

Now sitting only 30 points ahead, Atlanta FaZe are in danger of losing their top spot in the league. With Florida now on an impressive winning streak, it may not be long before FaZe are knocked off the number one spot.

The CDL returns on July 10 with the New York Subliners Home Series. Can the Mutineers make it three in a row?