FIFA 20 Global Series: Everything you need to know

The new FIFA is out and with today’s announcement of the FIFA 20 Global Series – the pre-eminent FIFA competition in the world. The competition is just getting started! With over $3,000,000 in prize money to be won, it’s set to be the biggest FIFA competitive season to date! Whether you plan to compete yourself, or you’re much more comfortable sitting back and watching the pros do what they do best, we have all the information you need to enjoy the FIFA 20 Global Series.

The FIFA 20 Global Series is not drastically different from the format introduced in FIFA 19. There will again be 6 FUT Champions Cups or FIFA Majors, and these will provide competitors with the best chance to earn Global Series Points and prize money. The Global Series leaderboard will determine who will make it into the end of season Global Series Playoffs and ultimately the FIFA eWorld Cup. The first FUT Champions Cup will be held on the 8th of November in Bucharest.

One crucial change to the qualifying process for the FUT Champions Cups is worth mentioning. With the introduction of the Global Series Masters, the top 4 players from each console in the previous FUT Champions Cup will gain automatic qualification for the next one in the calendar. This means we will see more of the highest performing players throughout the season, giving viewers the chance to follow the very best players while giving the pros a welcome break from the gruelling qualification schedule.

The number of LQE’s or FIFA Minors has been reduced though to just 1 Playstation only event, with EA stating they felt that the previous number contributed to the feeling of burnout felt within the pro community.

We will be seeing even more national leagues brought into the FIFA Global Series ecosystem, with an expected 20 leagues, up from 17 last year. The inaugural ePremier League, won by Liverpool FC’s Donovan “Tekkz” Hunt, was one of the highlights of the season and more tournaments like this is great news for fans of the game.

The eClub World Cup and the eNation Cup will return in February and May respectively – these will have the same Global Series Points to be won as a FUT Champions Cup, which with the reduction in the LQE’s will make these tournaments even bigger events.

The Playstation 4 only eChampions League also returns with its three-stage format and it’s final held the day before the Champions League proper. It’s $100,000 top prize makes it one of the biggest tournaments of the year and it will be interesting to see how the tournament progresses in its second year.

The FUT Champions Cup will feature 32 players from both PlayStation and Xbox. All players, except the Global Series Masters, will qualify through an online qualifier held the month before the live event. The 32 players are split into two groups pre-knockout stage before the cross-console final.

The number of qualifying places for each region are as follows –

The eChampions League is played in 3 distinct sections, first an online qualifier, then two live events with the final being held the day before the UEFA Champions League.

How to get involved

Registration is currently open and will end on the 31st of October. Players must then prove their worth by winning 27 games in a FUT Champions Weekend League. Once verified, players can earn Global Series Points in the weekend league and play in online qualifiers for all eligible tournaments. 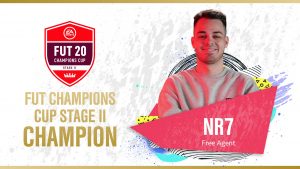 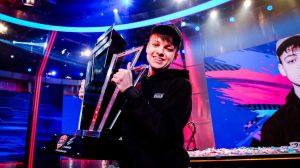