Before heading into ESL One New York, the main focus of the narrative was between Team Liquid and Astralis. The two titans would once again clash again in the hypothetical finale, finally putting to bed the war between the two teams.

To an extent this happened, however, NRG, now Evil Geniuses, stole the show. Just mere hours before the event started, both NRG and EG announced that the roster had changed brands. This seemed to have lit a newfound fire in the roster, as they dominated the tournament. This has the EG roster winning their debut tournament under Evil Geniuses, taking home USD $200,000. With the excitement over, let’s look at what the event means in further detail.

Evil Geniuses’ entrance into the scene after years of absence could not have been much more dramatic. The organisation in their very first tournament took home a trophy. This alone is amazing, and very well certifies them as one of the world best.

There is much more going on here. Throughout 2019, Team Liquid has been the number one team in the world, never mind North America. NRG also had a solid run, although declined and tripped up from late 2018 before the player break. However, the scene seems to have reset in peak performances. Now, teams appear much more level.

Evil Geniuses found themselves in a position to take on the top two teams in the world, Astralis and Team Liquid. Prior to the event, NRG had a good run in the Berlin Major Challenger and Legends Stage. It was such a good run that people started to think they were a likely candidate to take the major. However, Astralis was their gatekeeper in the semi-finals, destroying them after finding their own form late into the tournament.

However, the result this time was much different. Astralis and Evil Geniuses met in the group stage and again in the Grand Final.

In the group stage winners round, EG took out Astralis, but the results were 16-14 and 16-12 on Dust II and Inferno. Dust II is one of EG’s picks, as seen since the Major. As for Inferno, this is a map that never left Astralis’ map pool. These results are contextually sound, meaning both teams look promising despite the 2-0 victory.

Despite this context, the Grand Finale looked extremely different. The first map was Inferno, which EG took 16-3. Once again, this is a strong map in Astralis’ pool, and a 16-3 in comparison their group stage match shows just how ready EG were. Moving on, EG once again won Dust II 16-12, lost in overtime on Train in 22-20, and then won the series 16-8.

Evil Geniuses clearly found their rosters form at the right time, which happened to coincide with their new organisation. This is a strong statement to arguably place them as NA’s number one team moving forward. As for Astralis, they may have found their newest rival.

As already stated, Team Liquid is perceived as the world number one because of their history in 2019. However, since the return of the player break Team Liquid hasn’t looked as dominant. Their defeat in the quarter-finals at the Berlin major and here in the semi-finals of New York were both to Astralis. Previously at the ESL Pro League Season 9 and the ESL One Cologne, they found no issues with taking home dominant victories. When compared side by side, Team Liquid looked to have slumped.

This is the wrong time for Team Liquid’s momentum to recede. They are clearly having issues taking down their long-term rival, after being marketed as the team to finish off Astralis. Team Liquid’s and Astralis’ series wasn’t a blowout, as both teams had to fight tooth and nail. It’s just a little lackluster when Liquid fails to beat Astralis and advance post player break. Meanwhile, Evil Geniuses are now able to take on Astralis.

Next up is DreamHack Malmo, which all three will be attending. Will we see another tournament where their performances will yet again be the main talking point when it concludes? 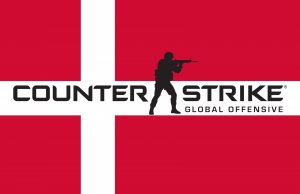 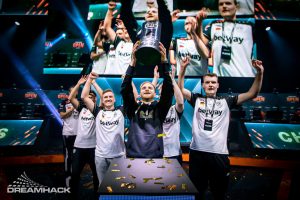 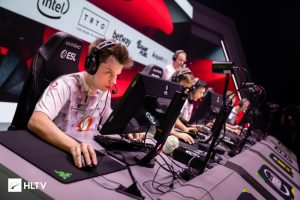 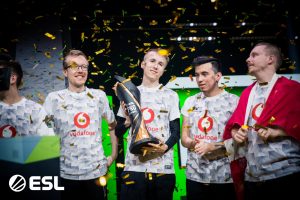