ESL One Hamburg: Twists and Turns 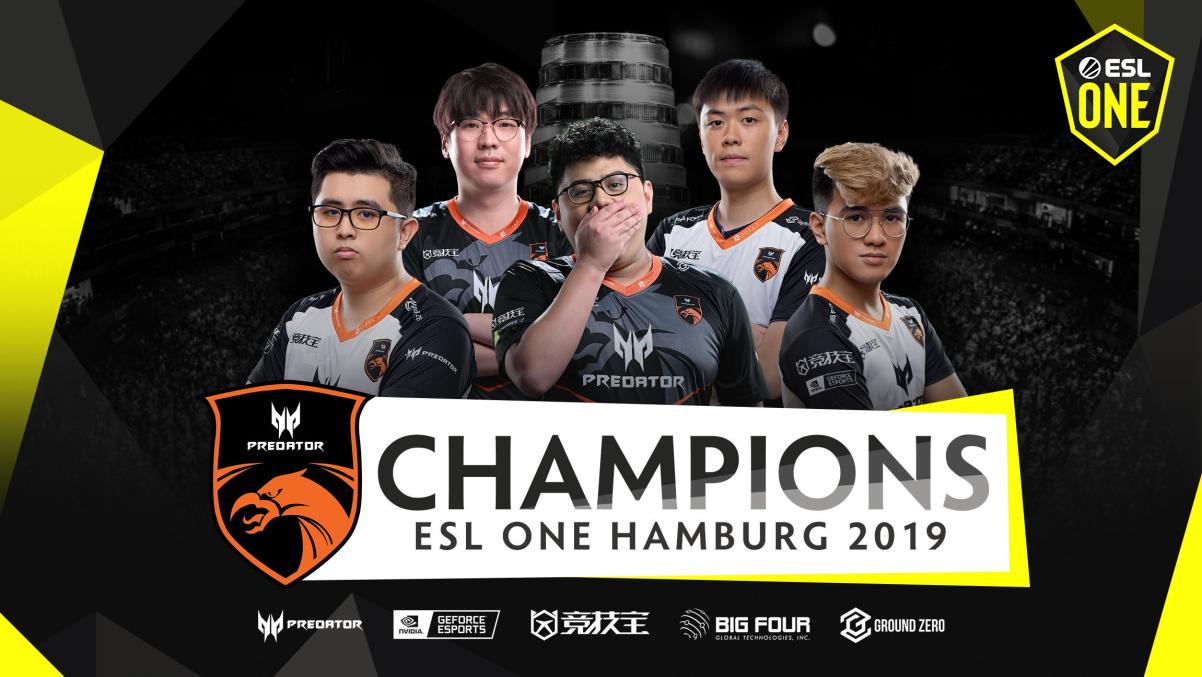 ESL One Hamburg 2019 wrapped up this past weekend, and despite the fact that it was not a DPC tournament, it had an impressive $300,000 prize pool and some of the best teams in the world. We saw tons of back-and-forth action, crazy individual plays and numerous surprises.

Let’s take a brief look at what happened throughout the tournament.

To make a long story short, the groups went “as planned” for the most part. Vici Gaming, TNC Predator, Gambit Esports and Alliance dominated the rest and secured themselves a spot in the Upper Bracket. Having said that, there were also a couple of nasty surprises.

For instance, Team Liquid got eliminated in the groups after they finished last in Group B. Needless to say, this came as a shock to the ex-Alliance roster because they were expected to be among the favourites to win. However, they crumbled under pressure yet again, which means that they have a lot to work on, especially if they want to have any chance at succeeding in the upcoming DPC tournaments.

The second team that underperformed was Quincy Crew. The new NA squad has impressive players, but it seems that they just can’t work as a team. To compound issues, Quinn “CCnC” Callahan was taken ill on the first day, and even stand-in and former team member Sumail “SumaiL” Hassan was unable to push the team to its limits as they were eliminated in the groups.

Last, but definitely not least, we have Fighting PandaS. Jacky “EternaLEnVy” Mao and his team-mates played very well in the DPC qualifiers. However, it seems like they’ve underestimated their opponents a little bit too much here, underperforming and finding themselves quickly eliminated.

Surprises in the Playoffs

The first big surprise in the Main Event came on Day Two. Despite the fact that many believed the Chinese powerhouse, Vici Gaming, to be the strongest team in the tournament, they were eliminated in the lower bracket by beastcoast, the South American wonder. Prior to this, Zeng “Ori” Jiaoyang and Co. also lost to Gambit Esports in the upper bracket, capping off a disappointing run.

On the other hand, Alliance proved yet again that they’re in fantastic form right now. Sadly, they were unable to reach the grand final after a disappointing loss against Gambit Esports. Despite that, they’ve clearly established themselves as a complete team, even though ESL One Hamburg was only their second LAN tournament together.

The SEA superstars have done it again! TNC Predator has been absolutely awesome in the last couple of months, despite removing one of the strongest players from their roster in Carlo “Kuku” Palad. They had an easy time in the groups and strolled into the final. With this victory, they became the first SEA team to win an ESL One championship.

However, when they got there, Gambit Esports was eager to take the victory, and TNC had to really work in order to lift the trophy. We witnessed some amazing tactical plays from both captains in a five-game thriller. In the final match of the series, TNC rolled-out their “immortal” Alchemist, a hero that’s been successful for a number of teams in the current meta. After building a solid early-game, it was just a matter of time before the CIS teams’ fortress collapsed.