DreamLeague Season 13, the Leipzig Major: Team rundown & how to watch 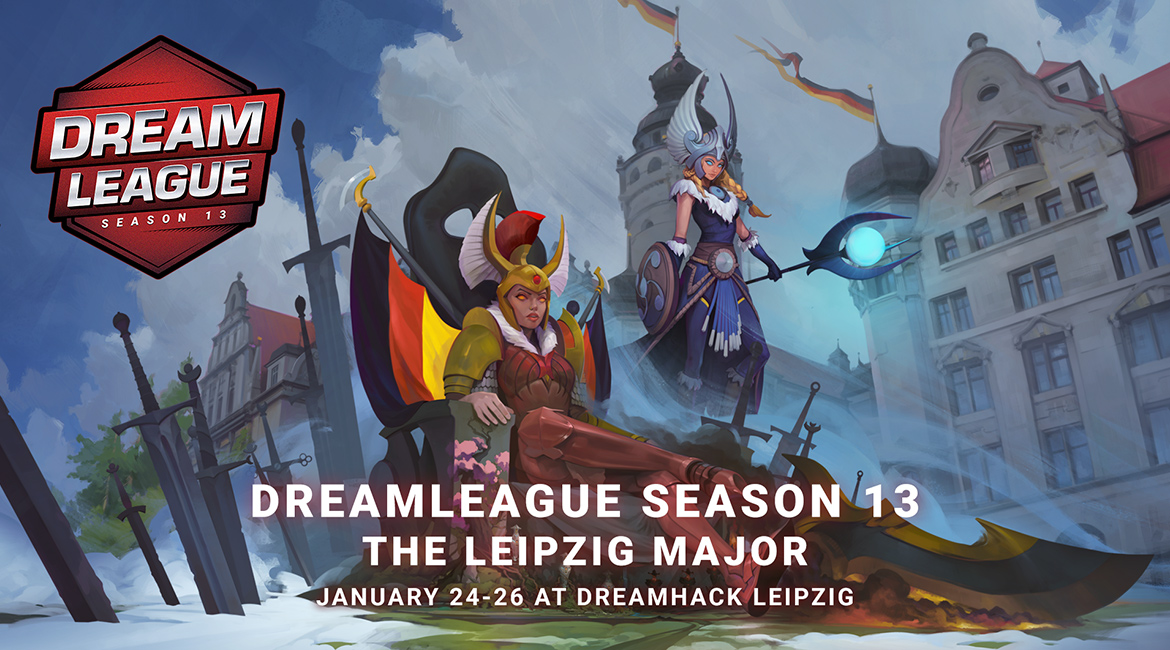 The last couple of days were packed full of pretty spectacular games. What made these qualifiers even more interesting was the fact that they were played on patch 7.23. As you probably know by now, the Outlanders Update has completely changed the way we play Dota 2. Apart from the usual hero and item changes, the new update introduced a total of 60+ Neutral items.

With that in mind, let’s take a look at the teams who managed to survive the deadly qualifiers and secured their spot at the second Major of this DPC – DreamLague Season 13 (a.k.a the Leipzig Major).

Europe is widely considered to be the strongest Dota 2 region. However, the vast majority of the top teams here decided to skip the first Major of the year. Luckily, everyone except OG took part in these qualifiers, and here are the results:

The first team flying to Germany in January is Team Secret. We can’t say we are surprised, as Secret is one of the best teams in the world. These qualifiers were the debut of Lasse “MATUMBAMAN” Urpalainen, who joined the team after Yeik “MidOne” Nai Zheng left. The only real challenge in the entire qualifiers was Nigma (the ex. Team Liquid). Nevertheless, Clement “Puppey” Ivanov and his teammates played well and deserved the victory.

Despite their slow start to the season, Team Liquid are one of the best teams right now. They’ve absolutely ripped through the competition like a knife through butter, finishing without a single loss. What’s even more impressive is the fact that their last challenge was none other than Alliance. As you know, the current Liquid roster used to play under the Alliance banner last DPC season.

Even though Nikolay “Nikobaby” Nikolov and his team-mates lost to Liquid, they are still going to Germany after a very dominant performance against Nigma. This was the last series in the European qualifiers, and everyone expected the TI 7 champs to win. However, Alliance proved that they are a force to be reckoned with, eliminating their opponents.

The sleeping giants are back! Ever since VP saw roster changes a couple of months ago, the CIS region has been one of the most interesting to watch. Every single team has the potential to win, or lose, against their opponents. After overcoming a couple of mistakes on their way, the CIS powerhouse Virtus.Pro occupy one of the slots for the Leipzig Major.

Apart from VP, Natus Vincere will also be trying to bring the trophy home for the region. After countless roster changes in the last couple of years, it seems that they have finally found a formula for success. Despite some obstacles on the way, the TI 1 champions played well and definitely deserve their spot in Germany.

After the shocking elimination of PSG.LGD, Vici Gaming had no trouble securing the first slot for the Major. The Chinese powerhouse faced Team Aster in the last series, who turned out to be Vici’s toughest challenge yet. However, after a couple of significant mistakes in both games, Zhang “Eurus” Chengjun, and co. delivered their knock-out punch and sent Aster to a decider match.

After the loss, the ambitions Team Aster had to face none other than EHOME. Although the old-school team is not in their best shape right now, the addition of Liu “Sylar“ Jiajun definitely improved the way they play, making them a dangerous foe. Nevertheless, Team Aster took full advantage of the current meta and snatched the win off EHOME, sending them to the Minor qualifiers.

Last, but definitely not least, we have the Summit 11 Champions – Invictus Gaming. Similar to Vici, they didn’t have any trouble until their last series against EHOME. It seems that the Minor champions underestimated their enemies, nearly costing them the Major spot. Fortunately, they were able to bounce back and won the series 2-1.

SEA is absolutely flourishing in the last couple of months, and the results are backing this up. TNC Predator became the second team from the region to ever win a DPC event after MDL Chengdu just a couple of days ago. However, these qualifiers turned out to be a lot harder than they might have hoped.

In fact, TNC were the last team in their group after day 1. Fortunately, they were able to turn the balance of power in the next series and eventually made it through. However, another SEA giant was waiting for them in the playoffs – Fnatic. Daryl Koh “iceiceice” Pei Xiang and his team absolutely crushed TNC, securing their spot for the Major. As a result, the MDL Chengdu Champs had one last challenge in the face of Cignal Ultra. Even though they struggled, a very unfortunate disconnect on Cignal’s side gifted TNC the victory.

The last team travelling to Germany is Reality Rift. The Singaporean team came out of nowhere and won nearly all of their games. Needless to say, it will be fascinating to see them battle the best this January.

It seems like the NA region is slowly recovering after a series of dreadful results. Nevertheless, the region only received two slots for the upcoming Major, which will most likely change as the teams improve their results.

The first team defending NA pride will be Chaos Esports Club (the ex. Quincy Crew). After pretty shaky results in the first weeks, the newly formed team is slowly starting to show their full potential. After finishing second in the Summit 11 Minor, Chaos EC finished these qualifiers with only one map lost.

Joining Chaos EC in Germany are none other than Evil Geniuses, the best team in North America. However, their qualification did not come easy, as they clearly struggled in a couple of matches. Of course, this is somewhat expected after their roster changes post-TI 9. Also, let’s not forget that the latest patch is still fresh and has an impact.

The newest Dota 2 region will send paiN Gaming and beastcoast as their representatives in Germany. Both teams played very well throughout the qualifiers, but paiN definitely stood out. After a stellar performance in the groups, the Brazillian powerhouse managed to go through beastcoast, who is considered as the best team in the region after their TI 9 performance.

Despite losing against paiN Gaming, beastcoast eventually found the way through the qualifiers. They are undeniably the best team from South America and they’ve proven it once again.

When & where to watch