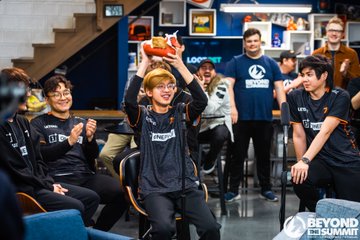 This week was absolutely crazy for numerous reasons, and not just because of DOTA Summit 12. Unfortunately, coronavirus chaos is spreading pretty much everywhere at this point, and as expected it also affected esports.

Dota Summit 12 was supposedly going to be the “calm before the storm,” because the ESL One Los Angeles Major was due to begin in just a few days. However, after US President Donald Trump’s announcement suspending travel from EU countries, ESL decided to postpone the Major.

Even with the cancellation of the Major looming over the event, it was an amazing tournament. Let’s take a look at what happened:

Unlike the DPC tournaments, DOTA Summit 12 only has six teams in it. As a result, we only had one big group stage where every team had to play against each other. In the end, the top four would continue forward to playoffs, whereas the bottom two were eliminated.

Perhaps the biggest surprise of the entire event was Cloud 9’s dismal performance. One of the most legendary organizations in esports decided to return to Dota 2 with an entirely new roster. Even though all five players are high-level talents, it seems like they still have a mountain to climb before they can go up against the other top teams. Their performance was incredibly underwhelming, with stack failing to win a single game before they were eliminated.

But that wasn’t the only surprise in the group stage. Although people expected Evil Geniuses to finish top, it was the southeast asian powerhouse Fnatic that ended up as winners of the group. Alongside OG.Seed, Fnatic finished with seven points, leaving EG and Team Liquid in the dust.

Just like a DPC event, the playoffs of DOTA Summit 12 featured an Upper and Lower Bracket. Every single series here was fascinating to watch because each team had a good chance of winning. However, it was Fnatic that managed to lift the trophy in the end. In fact, they absolutely demolished OG.Seed in the Grand Finals in a very quick 3-0 victory.

It was expected to be a very close series judging by what we’d watched in the group stage. However, in-game, that was not the case. Instead, the SEA powerhouse was able to deliver it’s fast and deadly knockout punch and lifted the trophy. OG.Seed however still impressed earlier in the event. They eliminated pre-tournament favorite Evil Geniuses in the Lower Bracket finals to get the chance to face Fnatic. It’s crazy how quickly OG.Seed have improved since their initial debut.