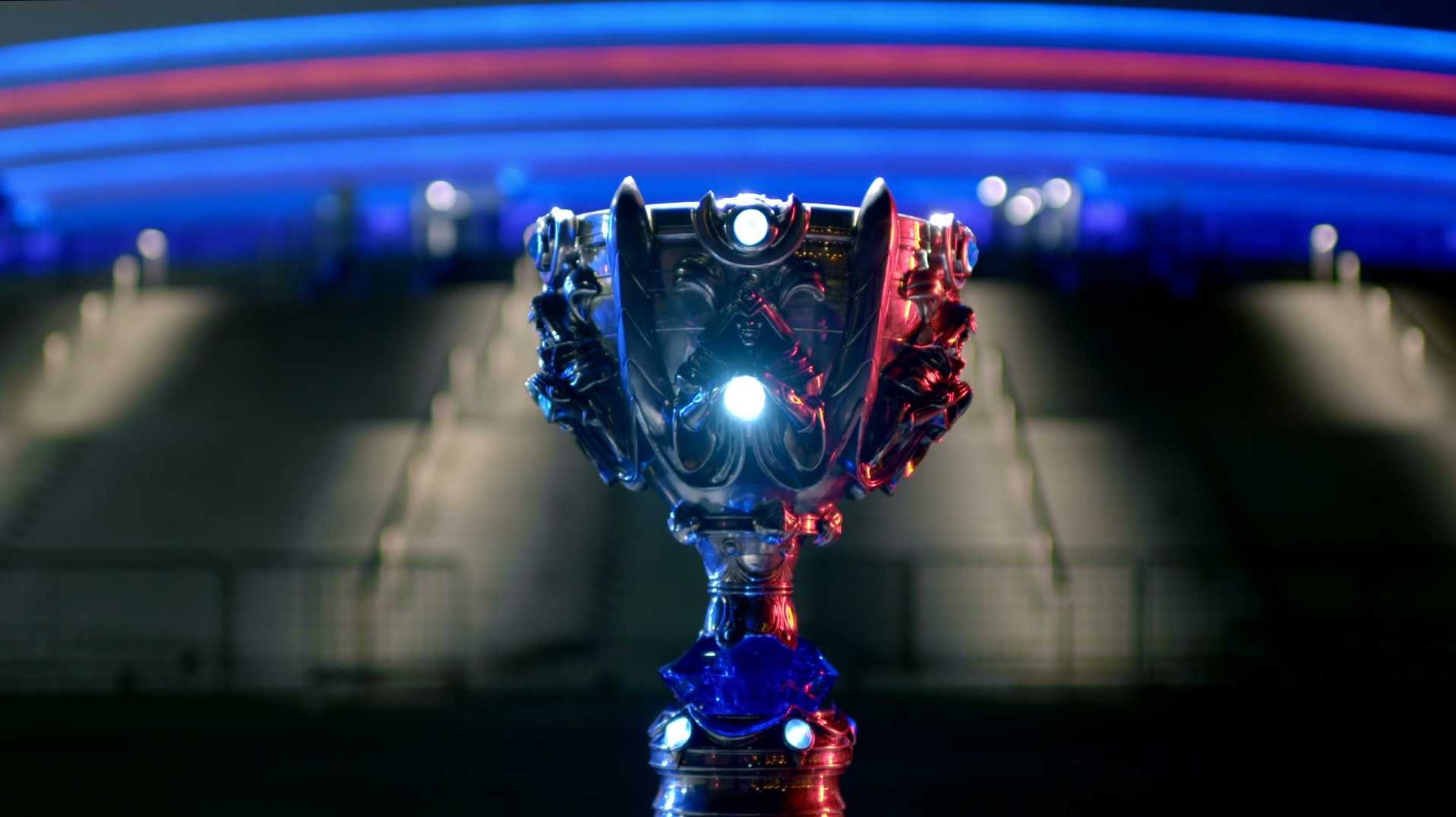 DAMWON Gaming has defeated Suning Gaming to win the League of Legends World Championship. The LCK representatives lifted the Worlds 2020 Finals trophy after an insanely close 3-1 victory over their LPL opponents. In front of a packed stadium, a rarity this season, the Korean squad secured the first Worlds win for their region since 2017. In doing so, they became just the 8th team to win a World Championship in the 10th season of the competition.

The Worlds 2020 finals kicked off with a thrilling opening ceremony featuring multiple Worlds themes, augmented reality performances from KDA, and choral performances. Featuring previous Worlds hits such as Rise, Warriors, and Take Over, the multiple performances and highly featured live crowd hyped-up the event to no end.  The performance culminated in the reveal of the Worlds 2020 trophy.

Damwon immediately discovered the home-field advantage Suning would be playing with. The blistering applause for Damwon’s opponents versus the stoney quiet when Damwon were introduced was in stark contrast. Although Damwon were the clear favourites, the crowd, which had been absent from all other stages of this event, would clearly be a vital part of this finals.

Suning kicked off their game one draft with bans against Nidalee, Lucian and Twisted Fate, while Damwon took away Camille, Syndra, and Jhinn. The first round of picks saw the immediate pick up of Graves for Kim “Canyon” Geon-bu, with Suning prioritising Leona for Hu “SwordArt” huo-Chieh.

As Damwon got into game they immediately pressured the jungle, and grabbed the first drake. Even with Suning taking first blood, it was Damwon who quickly grabbed a Mountain Drake off the back of the toplane death. But even with these advantages Suning were able to hang on and prevent a snowball. Instead they turned multiple ganks around into their own set of kills, staying neck and neck with the Korean team.

Moving into the mid game Suning set up great vision to contest the fourth dragon. However, a series of disastrous fights that saw Suning split meant they still conceded it, and put the potential of a 28-minute Elder Dragon on the table.

But out of nowhere, Suning were able to grab a series of kills that put them back into the picture to contest the Elder buff. After a crazy engage from SwordArt, Suning were able to grab the elder buff, while Chen “Bin” Ze-Bin suicided to buy time. However, after Damwon grabbed a pair of barons, things quickly collapsed for Suning, as they dropped the first game. The infernal drake advantage was just too much in the end.

For game two, Suning opted to put their top laner, Bin, on a more aggressive Fiora pick. They seemed to hope this would enable his hard-engage style from the previous game to be more effective. However, Damwon retained their strong execution, and were quickly able to gain the upper hand. But it was the Rengar from Lê “SofM” Quang Duy that was the difference maker. In a incredible performance, the LPL’s representatives punished Damwon’s reservation and discipline, catching them out.

With both Fiora and Rengar incredibly fed, there was nothing Damwon could do but watch as Suning pushed into their base. In a desperate engagement, Damwon attempted to prevent the inevitable. But with nothing to slow down the Fiora, Bin was gifted a pentakill, the first one ever in a Worlds final. Suning took game two, and pushed us to a guaranteed four-game matchup.

Game three, Dawmon shot out the gate with a quick first blood by Canyon onto Bin in the top. But after seemingly being in control the entire game, Suning pulled out a surprise fight at Baron and stole the momentum. With Baron buff and SUning attempted to push into Damwon’s base. However, with Elder Dragon spawning, both teams backed off to try and contest it. After a crucial fight at the drake pit, Suning came away with two dead and the Elder Dragon buff, while Damwon went back to base empty-handed.

But even empty-handed, Damwon are dangerous. Rushing to Baron, Damwon grabbed the second buff of the game, sprinted down mid and took the win. A single mistake spelled disaster for Suning, and Damwon were one victory away from a World title.

For game four, Damwon picked up a heavily long-ranged comp, while Suning opted for several comfort picks. The Korean team quickly jumped to a one kill lead, and with unprecedented aggression attempted to quickly put away Suning. The Chinese squad shot back with a number of trade kills, but the advantage Damwon had built in the lane looked to be just too much. Suning just appeared to fall apart, and ultimately, Damwon were able to secure the win.

Damwon lift the Summoner’s Cup after an incredible series, while Suning are left to hope they can battle their way through the highly competitive LPL scene to reach these heights again. It’s been an incredible Worlds, which despite the challenges presented by Covid-19, has still lived up to expectations. Congratulations DAMWON Gaming!