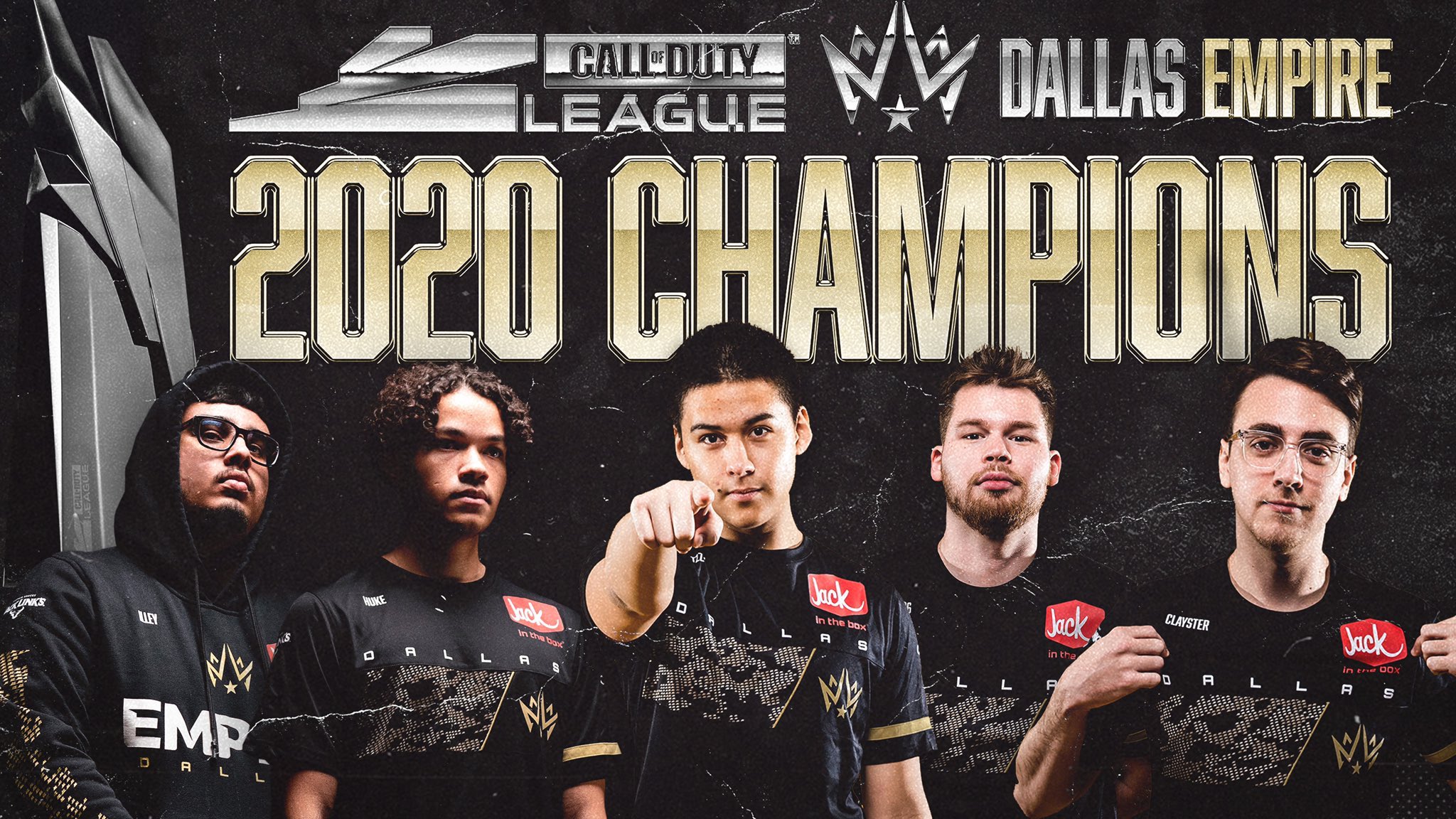 After seven months of matches, Dallas Empire have been crowned the first Call of Duty League champions.

It was a rollercoaster of a year for the inaugural CDL season. Despite moving to an online format midway through the year, the league and players persevered to finish off the season in style.

Many were sceptical about the amount of money at stake for an online format at the Call of Duty Championship. However, there is no doubt that the best teams shone through and Dallas Empire thoroughly deserved the win.

After finishing second in the CDL standings, Dallas Empire were certainly favourites heading into the Championship Weekend.

Top seed, Atlanta FaZe, were simply overwhelmed by a dominant Dallas roster in the grand final.

Both Clayster and Crimsix now join Karma with three rings to their name. Huke, Shotzzy and iLLeY bag their first championship win and they did it in impressive fashion.

The 2020 Call of Duty League Championship was the most viewed CoD event in history. The event peaked at over 330,000 viewers.

Dallas Empire started the best-of-nine series with a 1-0 lead as they came through winners bracket. The boys of Empire came out hot and swiftly extended that lead to 2-0 after taking the Azhir Cave Hardpoint.

This then turned into a 3-0 lead as Dallas took the third map and looked to be in the driver’s seat.

A second half comeback in the Domination sealed the fourth map for Dallas, putting them one map away from victory.

However, Atlanta were not backing down easily as they took their first map of the series making it 4-1.

Dallas did not want to hang around and closed out the series 5-1, crowning themselves champions.

Here is the final look at how each CDL team finished the year:

Did you enjoy that performance from Dallas Empire?