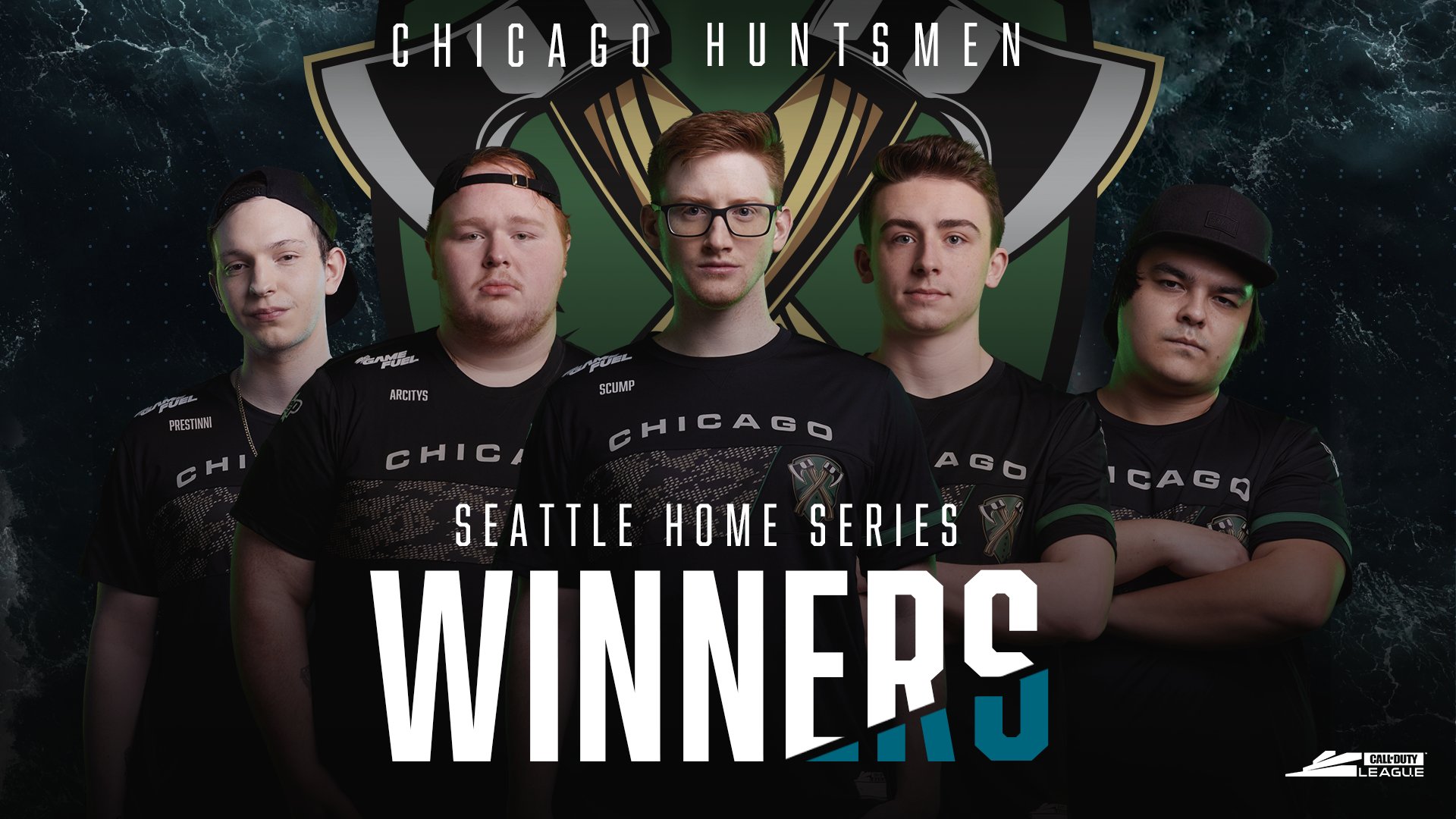 After an exciting weekend of online matches, Chicago Huntsmen come out on top at CDL Seattle after defeating London Royal Ravens in the grand final.

Huntsmen had been looking strong in the lead up to CDL Seattle and expectations were high. Their last appearance in a grand final was back in CDL London where they took the win.

The Chicago squad lived up to expectations at the weekend, only dropping three maps all tournament. New addition to the roster, Prestinni, performed well alongside his twin brother, Arcitys, and the rest of the Huntsmen squad.

Paris, Minnesota and New York were all unable to stop the Huntsmen on their way to the grand final. They met a confident looking London Royal Ravens in the deciding match and it was a series that could have gone either way.

Chicago Huntsmen took the first map, winning 250-202 Hardpoint on Rammaza. The Royal Ravens never looked in control but showed signs of a potential upset throughout.

London then struck back in the series and defeated the Huntsmen 6-2 in the Arklov Peak Search & Destroy. The Brits Search & Destroy game looked clean all weekend and played a big part in their run to the grand final.

After this wake-up call, Chicago Huntsmen never looked back and finished off the series 3-1. This victory made them the third CDL team to win multiple tournaments this year, the others being Atlanta FaZe and Dallas Empire.

CDL Seattle saw some outrageous plays and dominant performances across the weekend. Here are a few highlights from the online tournament:

From Huntsmen’s superiority to Royal Ravens’ Wuskin making ridiculous snipes, day one of CDL Seattle provided us with some standout highlights. Despite matches being played online, the gameplay still remained top-tier.

Day two of CDL Seattle saw “King” Scump clutch up and young-gun Blazt’s Search & Destroy prowess. Here are some clips demonstrating why these players are the best in the world:

Here is a closer look at the bracket from the weekend and how all the matches played out:

Huntsmen regain the top spot in the Call of Duty League standings with a 10 point lead over rivals Atlanta FaZe. However, Atlanta have an event in hand over the Huntsmen which could see another change at the top of the table very soon.

The Call of Duty League returns on June 5th with the Minnesota Rokkr Home Series. All top three teams (Chicago, Atlanta and Dallas) will be in attendance meaning that this event will be one you do not want to miss!