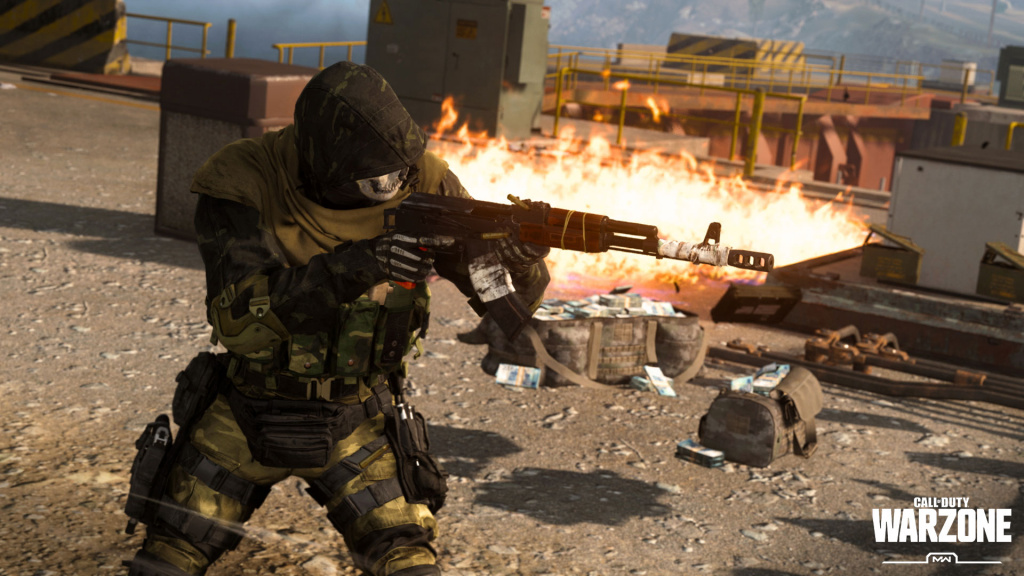 Call of Duty: Warzone has finally been released after months of speculation. The new free-to-play battle royale mode has taken the CoD community by storm and many are already voicing their opinions.

Since the release of Modern Warfare, many leaks have surfaced regarding the possibility of a new battle royale and the rumours have now come true. The much-anticipated battle royale mode was released on Tuesday 10 March, free for download on all platforms.

Warzone offers a lobby size of 150 players, making it one of the largest battle royales out there. At the moment, players can only have a maximum squad size of three. However, Infinity Ward have suggested that they may look into increasing the party size in the near future.

Players can either immerse themselves in the traditional battle royale mode or play the all-new Plunder mode where the aim is to collect as much cash as you can. Just like multiplayer, Warzone is cross-platform, meaning that you can team with your friends or face opponents from another platform. Over 6 million players dropped into Warzone in the first 24 hours.

Stacks of cash are hidden all over the map which can be traded for equipment, killstreaks or revives. Warzone is the first battle royale to include killstreaks which adds an exciting new element of gameplay when going for that victory.

Players can respawn if purchased by a teammate or can go head-to-head in a 1v1 in the Gulag. Each player drops in with 100HP, but a maximum of three armour plates can be equipped taking you up to 250HP. Gas masks can be equipped to prevent damage from the gas that closes in over the course of the match.

Despite only being out for a short amount of time, players are already finding hidden tricks and making impressive plays. Retired pro, TeePee, shared his clutch play to secure a victory for his team:

The pros, more often than not, have something to say when a new game or feature is released. Some are loving the new battle royale and others seem to be struggling. Dallas Empire player, Clayster, shared his frustration on Twitter as he struggled to pick up wins:

As made clear in the past, it is impossible to please everyone in the Call of Duty community. Florida Mutineers player, Maux, is among the few who dislike the new game mode so far.

The reaction to Warzone has been generally positive. Apart from the few negative comments, players like Chicago Huntsmen’s Formal, have praised Infinity Ward’s efforts whilst giving pieces of constructive criticism.

Are you enjoying Call of Duty: Warzone?