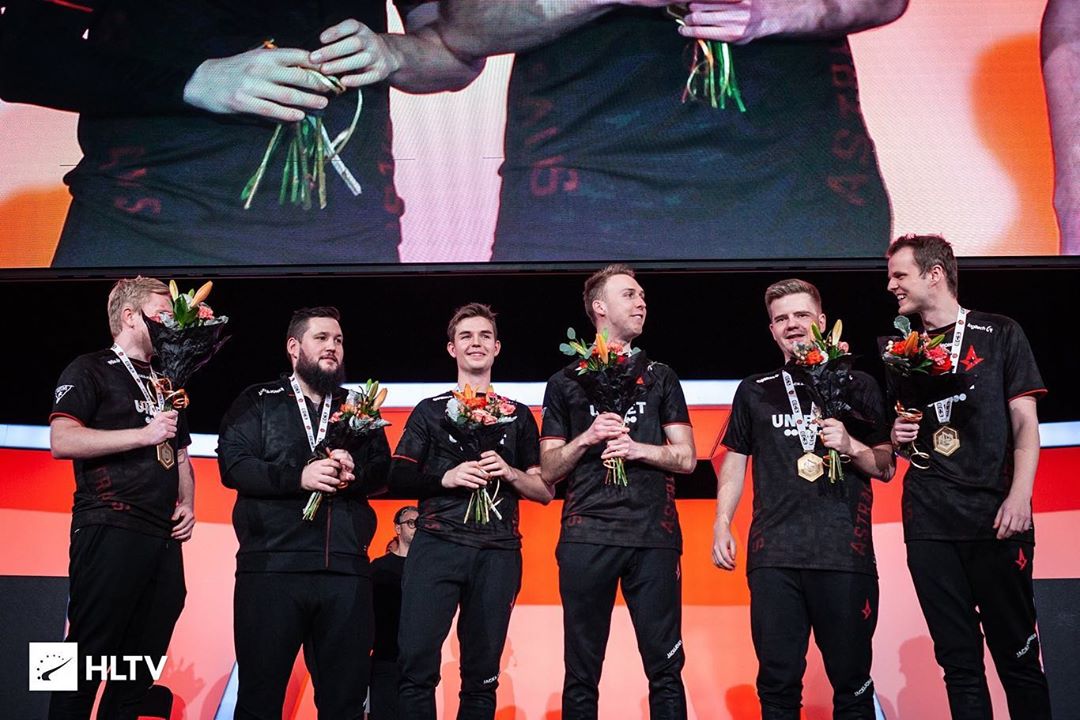 Astralis emerged victorious yesterday after winning the ECS Season 8 Finals in Dallas, Texas against Team Liquid. The final was a flashback to a previous era, and it was certainly an entertaining series. The series ended in a 2-1 fashion, with Astralis reverse sweeping the ECS final. In the context of our narrative articles, this final was crucial for both teams. Astralis continue to look like the world number one, whilst Team Liquid appear to have fixed their issues. With this in mind, let’s take a look at how the event played for both teams.

The final began well for Teal Liquid, as they took their map choice of Vertigo 19-15. However, Team Liquid wasn’t ready for Astralis’ T-side of Nuke, as they only just lead the half at 8-7. On the side switch, Astralis performed well on the CT- sided map and won the map 16-11. Moving onto Dust II, Astralis dominated the T-side once again ending the half 12-3. Team Liquid regained some momentum, although, they fell short as Astralis won 16-8.

For Astralis, this is a significant result. On their map and the decider map, Astralis had great games. As for Team Liquid’s map choice of Vertigo, the fact that Astralis made it that close is a sign they are approaching the peak of their game once again. Earlier in the year, Dust II was also not one of their fortes. This is a further sign that the Astralis map pool is arguably becoming as strong as it was during their era in 2018 and early 2019. There’s still more room to test this with more of the upcoming events, but so far the signs are good.

Relating back to our narrative articles, Astralis is in the position to rule the roost as 2019 comes to a close. The context of this result is great news for the team, as this becomes more and more inevitable due to their recent results.

Team Liquid has taken their time off well and come back strong for the ECS Season 8 Finals. As soon as the tournament began, they were off to a flying start. They successfully destroyed NiP 16-4, then faced EG in a bo3 with another 16-4 win and a 16-14 win.

In the semi-finals, Fnatic and Team Liquid locked horns. both teams took a map 16-6 each, with the third map going to Team Liquid 16-10. As we know, they then couldn’t do the same against Astralis.

For Team Liquid, being able to defeat Evil Geniuses is a good sign they can come back as North America’s number one team. Whilst defeating Fnatic is a sign they can hang out with the top 5 teams in the world once again. However, the Astralis wall still remains, which is typical of the Team Liquid storyline for the past few years. If anything, this is a sign the balance of power in the world is restoring.

With Astralis and Team Liquid back in the picture, they will both be attending the ESL Pro League Finals in Odense tomorrow. A tournament is a week-long event beginning 3rd December, lasting until 8th December. The top 5 teams in the world are attending the event. They will also face off against teams looking to rebound as stated in our previous article. This event is surely not one to miss as we follow the CSGO narratives as the year comes to a close. You can watch the event unfold here.