100 Thieves has had such an impressive run throughout IEM Katowice 2020. Although their journey has ended at the Quarter Final at the hands of Fnatic, in the context of their world ranking they have certainly punched above their weight.

Everyone loves a good underdog run, and 100 Thieves getting this far is a sign they are not out just yet. Contextually speaking, they were in the top 5 around November 2019. They have since slumped in the World Rankings across many different organisational charts, but are now earning their browny points once again after some key victories against unlikely opponents.

Their first upset was at the hand of Evil Geniuses. Evil Geniuses are in a flunk themselves, but heading into their match, you’d definitely expect more from a roster that was dominating the field not so long ago. As for 100 Thieves, they are a team that isn’t going to win events, but they can push when they want to. And that is exactly what happened here. 100 Thieves pushed Evil Geniuses into elimination via a 2-1 series victory.

Their next moment of glory was against mousesports, a team floating as the world number one or two, depending on which ranking system you look at. There was no doubt in anyone’s’ mind that mousesports was the favourite. Yet, the series was super close, ending on a knife’s edge. 100 Thieves took the third map of Nuke 16-14, showing just how close it really was.

What both the EG and mouseports series had in common, was that 100 Thieves lost the first map in both series. When you think about it, 100 Thieves really had no pressure on them throughout IEM Katowice Group B. The underdog is expected to lose, and that became their weapon. As a team looking like they were in a slump, fighting with their back against the wall, their form showed when it was needed the most.

End of the road

The run finally came to an end against Fnatic. However, 100T’s underdog story didn’t quite fizzle out in the 0-2 defeat. In both matches on Inferno and Mirage, 100 Thieves forced the overtime against Fnatic. Fnatic was successful at winning both of these maps 19-16. The fact is, even against another top team, they really did push as far as they could go.

This all shows that not only is 100T back on track as a top team, but they only need slightly retuning form to take down multiple top-5 teams in the world. If they do find success when they need it, perhaps 100 Thieves can go the distance once again. It seems unlikely, but either way, the top ten teams in the world now seem closer in power than ever. 2020 CS:GO is super exciting, and 100Thieves is one team truly showing us why.

A full breakdown of the IEM Katowice 2020 Group stages can be found here. 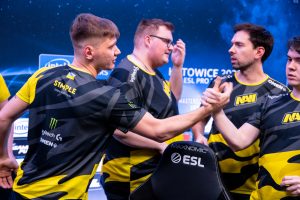